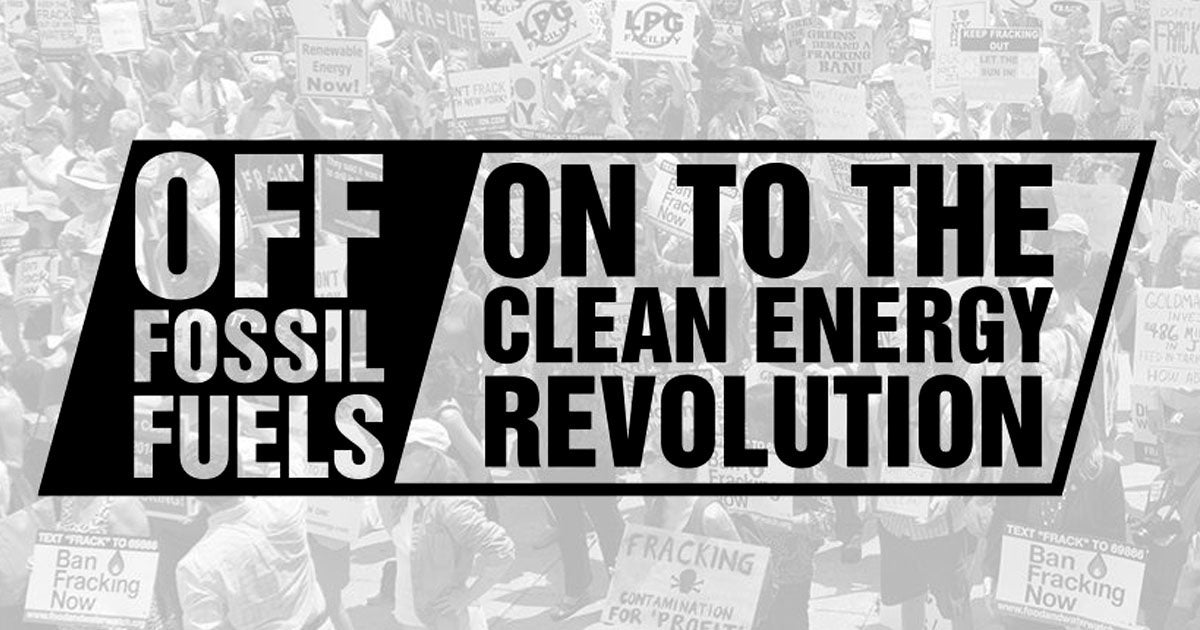 All of this might give the impression that, even with the Trump administration aggressively pushing fossil fuels, a renewable energy future is a forgone conclusion. But the reality is that while we certainly have momentum, we still need massive political action, because we still have a long way to go—and not a lot of time left.

Beyond the sunny headlines, the numbers speak for themselves, especially when you don’t mix hydroelectric and biogas in renewable energy estimates. When we look only at truly clean renewable energy sources, the EIA report shows that renewable energy has not outpaced nuclear, and that our energy sector is dominated by fossil fuels. Across all sectors, fossil fuels accounted for almost 59 percent of electricity production in the first third of 2017. Coal provided 30 percent, with natural gas close behind at 28 percent and nuclear at 20 percent. Wind and solar provided just over 9 percent of our energy needs. The rest is made up of biogas, hydroelectric and other forms of dirty energy.

In the same way numbers can be spun to present an overly rosy picture of our renewable energy progress, it is easy to spin climate inaction as climate leadership. Many elected officials are getting credit for being climate leaders without making any substantial action to move us off fossil fuels, and just criticizing actions of the Trump Administration. If we are going to make the progress we need to protect our climate for future generations, we must demand more of our leaders than just being against Trump, or just being slightly better.

Consider all of the statements that came flooding in from political leaders in support of the Paris agreement. Being in favor of taking action when Trump is against it is fine, but we must remember that Paris has no accountability mechanisms, and no specific benchmarks other than avoiding a 2 °C increase in global temperature. Scientists are telling us that even achieving that goal in and of itself will not prevent numerous unpredictable and permanent changes to our climate. A recent study published in Nature says we could have as little as three years to significantly reduce greenhouse gas emissions; if we don’t heed this warning, we will see prolonged droughts, melting icecaps, rising sea levels and other permanent and unpredictable changes to our planet’s climate.

The commitments that mayors make to honor the Paris agreement will only be as strong as the local polices they enact to transition to clean, renewable energy. And some of those policies are less revolutionary than they might appear. After Trump’s Paris pullout, Santa Barbara was lauded for passing a resolution to be 100 percent renewable by the year 2030. However, a closer look at that resolution shows that the city will continue to rely on natural gas, and it embraces loopholes in the form of offsets to meet its climate goals.

Which Unsustainable Energy Sources are Counted as Renewable?

Indeed, what we count as “renewable” energy will become increasingly important as we evaluate clean energy plans across the country. The news that renewables surpassed nuclear power relies on the fact that the U.S. Energy Information Administration unfortunately includes biomass and big dams in the “renewable” category, even though these are hardly clean or sustainable sources of energy.

The fine print on clean energy proposals matters. The California State Senate recently passed SB 100, which aims to transition the state to 100 percent renewable energy. But the actual policy only commits the state to 60 percent by 2030, and this inadequate goal will likely incentivize the use of animal waste from factory farms to meet that renewable benchmark. The biogas industry estimates that California could see the number of methane digesters at factory farms grow from just under 20 to nearly 1,000. So, this bill would actually reinforce dirty polluting factory farms, and take resources away from true clean energy sources like wind and solar. We must do better.

And in New York, an even less aspirational bill, touted as a climate and community protection measure, only strives for 50 percent renewable energy by 2030, and it would count large-scale hydroelectric dams as renewable. And earlier this year, Gov. Andrew Cuomo—who has been lauded recently for leading the opposition to Trump’s Paris decision—pushed through a regulatory scheme that will end net metering, one of the most effective policies to support solar energy development.

Across the river, the ambition of New Jersey’s legislative leaders is even lower; the strongest policy is a bill that calls for 80 percent renewable energy by 2050, and it would count burning garbage as renewable energy.

The barriers to transitioning to renewable energy are not technical or economic; they are political. The cost of solar, wind and storage are dropping rapidly. In many places, renewables are as cheap, or cheaper, than fossil fuels; and when you consider the health and social costs associated with burning fossil fuels, the costs are not even close.

If we are going to fight climate change, we need to hold elected officials accountable to real climate leadership. Anyone pushing policies that do not take strong, decisive action to move us off fossil fuels while making significant emissions reductions in the next few years is not a climate leader.

If you want to help us hold elected officials accountable to real climate leadership, join the OFF Fossil Fuels campaign of our sister organization Food & Water Action Fund to help move us towards a clean renewable future—community by community and state by state.