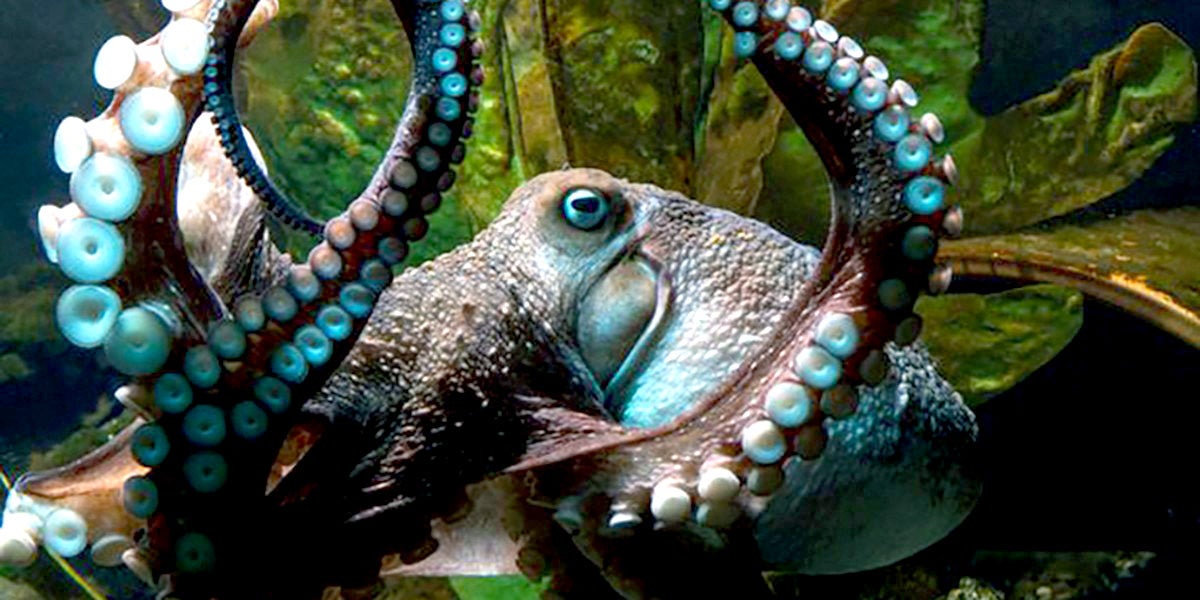 The National Aquarium of New Zealand didn’t know it had an escape artist on its hands.

When Inky the octopus slipped through a gap in his enclosure—left open by maintenance workers—and made his way across the floor to squeeze into a drain and make a break for it, staff members were surprised and a little hurt.”He managed to make his way to one of the drain holes that go back to the ocean,” aquarium manager Rob Yarrall told
Radio New Zealand. “And off he went. And he didn’t even leave us a message.”

The only sign he left were suction cup prints.

Inky made his escape a few months ago, but the news only came out Tuesday. He was cheered on by New Zealanders and strangers around the world.

All animals want to live free. Bravo to Inky the Octopus for breaking out of aquarium jail! https://t.co/CybcotuSBt pic.twitter.com/LMC6tulUVm

The National Aquarium had been Inky’s home since 2014 when he was caught in a crayfish pot. His body was scarred and his arms were injured from his accident.

Kerry Hewitt, the aquarium’s curator of exhibits, said Inky was “getting used to being at the aquarium,” but staff would “have to keep Inky amused or he will get bored,” the Washington Post
reported.

I guess Inky got bored.

Watch Inky before his famed escape: