2019 Was the Oceans’ Hottest Year on Record 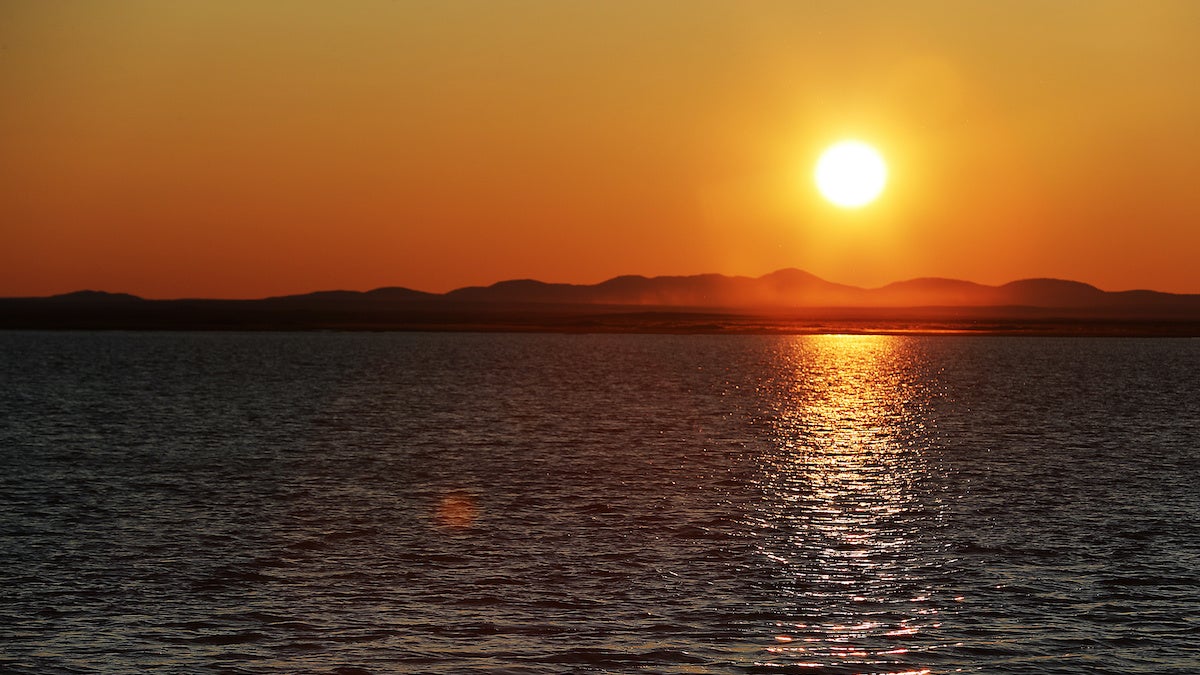 The sun rises over the lagoon on Sept. 13, 2019 in Kivalina, Alaska. The coastal Alaskan village faces the warming of the Arctic, which has resulted in the loss of sea ice. Joe Raedle / Getty Images

The world’s oceans just had their warmest year on record.

A study published in Advances in Atmospheric Sciences Monday found that ocean temperatures reached record highs in 2019, and this is not an anomaly: The past five years have also been the warmest for the oceans since reliable measurements began in the 1950s.

This is a big deal because the oceans absorb more than 90 percent of the extra heat generated by the burning of fossil fuels.

“The oceans are really what tells you how fast the Earth is warming,” study coauthor and University of St. Thomas professor John Abraham told The Guardian. “Using the oceans, we see a continued, uninterrupted and accelerating warming rate of planet Earth. This is dire news.”

“That’s a lot of zeros indeed,” lead author Lijing Cheng conceded in the press release. “To make it easier to understand, I did a calculation. The Hiroshima atom-bomb exploded with an energy of about 63,000,000,000,000 Joules. The amount of heat we have put in the world’s oceans in the past 25 years equals to 3.6 billion Hiroshima atom-bomb explosions,” Cheng, who is an associate professor with the International Center for Climate and Environmental Sciences at the Institute of Atmospheric Physics of the Chinese Academy of Sciences, explained.

That means we’ve dumped the heat content of four bombs into the ocean every second for the last 25 years, according to CNN.

But the oceans aren’t just getting warmer, they are also getting warmer faster. Warming was 450 percent greater between 1987 and 2019 than it was between 1955 and 1986. And heat increase in 2019 was the greatest in the past decade, The Guardian reported.

“We are now at five to six Hiroshima bombs of heat each second,” Abraham told CNN.

The study was based on data from the Argo network of 3,000 floats that measure temperature and depth, The New York Times explained. That system was put in place in 2007, but researchers were able to calculate overall ocean temperatures from earlier years based on readings taken off the sides of ships.

The measurements cover the top 2,000 meters (approximately 6,562 feet) of the ocean, which is where most heat is stored and most marine life lives, The Guardian explained.

“For me, the take-home message is that the heat content of the upper layers of the global ocean, particularly to 300 metre depth, is rapidly increasing, and will continue to increase as the oceans suck up more heat from the atmosphere,” Dan Smale of the UK’s Marine Biological Association, who was not involved with the study, told The Guardian. “The upper layers of the ocean are vital for marine biodiversity, as they support some of the most productive and rich ecosystems on Earth, and warming of this magnitude will dramatically impact on marine life.”

Those impacts include coral bleaching and deadly marine heat waves, like the North Pacific “blob” of 2013 to 2015, which killed 100 million cod, according to the press release. But it isn’t only ocean creatures who suffer. Warmer oceans also fuel wetter, more damaging storms.

Even if humans act immediately to address the climate crisis by reducing emissions, the ocean will not cool down right away since it has already absorbed so much heat. But that doesn’t mean climate action won’t make a difference.