2018 Was the Hottest Year Ever Recorded for Our Oceans 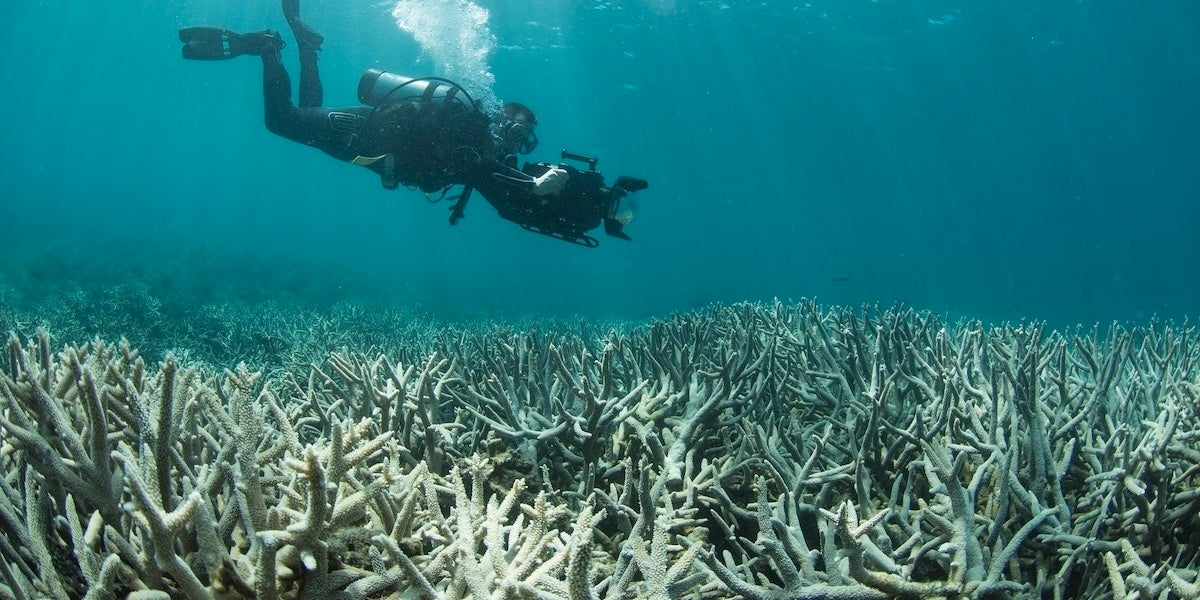 The year 2018 was the hottest year for the planet’s
oceans ever since record-keeping began in 1958, according to a worrisome new study from international scientists.

The findings, published Wednesday in the journal
Advances in Atmospheric Sciences, noted that the five warmest years for our oceans were the last five years—2018, 2017, 2015, 2016 and 2014 (in order of decreasing ocean heat content).

This increase in ocean heat is “incontrovertible proof that the
Earth is warming,” the study states.

[Read how the world’s oceans are warming 40 percent faster than scientists previously thought.]

To illustrate, the heat increase from 2017 to 2018 alone is roughly 388 times more than China’s total electricity generation in 2017, according to a
press release of the study.

“The new data, together with a rich body of literature, serve as an additional warning to both the government and the general public that we are experiencing inevitable global warming,” lead author Lijing Cheng, an oceanographer from the Beijing’s Institute of Atmospheric Physics, Chinese Academy of Sciences, said in the release.

2018 ocean heat content data is released: 2018 was the warmest year for the global ocean! https://t.co/Mh33FXbeMt pic.twitter.com/VtyZ0buxZl

A slew of recent scientific reports have sounded the alarm on our warming oceans. The same group of scientists behind the current study revealed in
Science last week that the world’s oceans are warming about 40 percent faster than previously thought.

Also this month, a different team of scientists showed in the
Proceedings of the National Academy of Sciences that the average heating of the oceans in the last 150 years was equivalent to the dropping of 1.5 atomic bombs per second.

“The ocean and global warming have already taken place and caused serious damage and losses to both the economy and society,” Cheng said in the press release.

The researchers, who predict that ocean heat will continue to rise, urged immediate action to slow this alarming trend.

Yearly ice loss has increased by a factor of six in the past 40 years, contributing more than half an inch to global sea level rise. #sealevelrise #climatechange #environment @ucirvine https://t.co/Is14b5ge5H