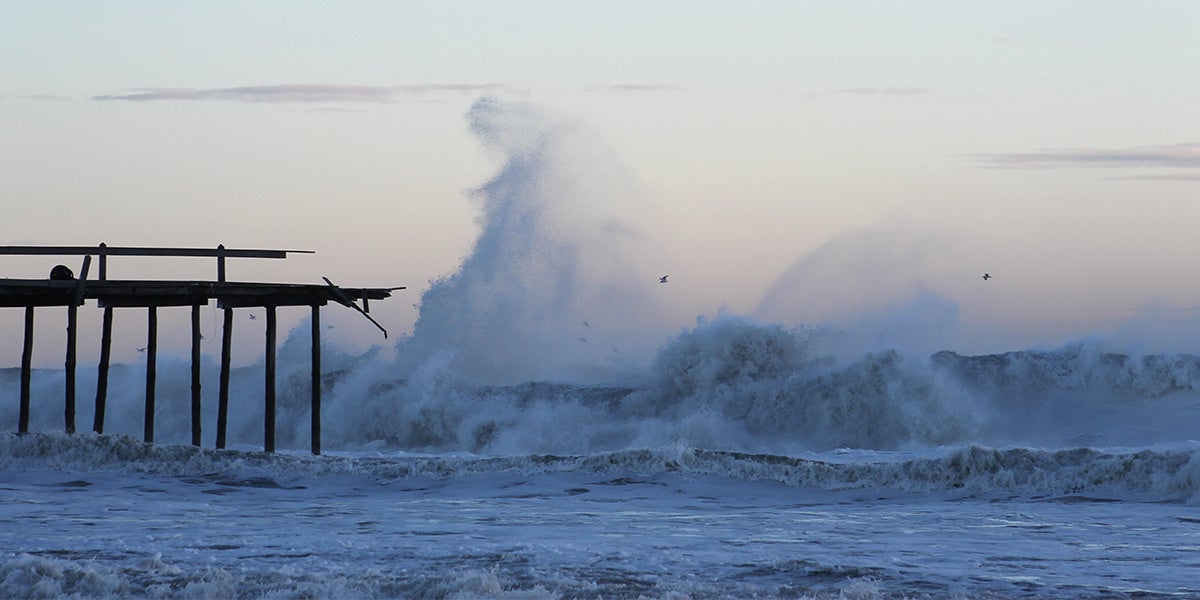 A study published Monday in Nature Geoscience discovered a new factor that is lowering the rate at which oceans absorb carbon dioxide, a finding that could have a major impact on future climate change predictions.

Currently, around one-fourth of human generated carbon dioxide emissions are absorbed by oceans, making them the world’s largest carbon sink. But researchers from Newcastle, Heriot-Watt and Exeter Universities found that surfactants, invisible biological particles on the ocean’s surface, can reduce the exchange of gases between the ocean and the air by up to 50 percent.

“The suppression of carbon dioxide uptake across the ocean basin due to surfactants, as revealed by our work, implies slower removal of anthropogenic carbon dioxide from the atmosphere and thus has implications for predicting future global climate,” study co-author and Newcastle University marine biogeochemistry professor Rob Upstill-Goddard said in a University of Exeter press release.

This effect is expected to increase with global warming.

“As surface temperatures rise, so too do surfactants, which is why this is such a critical finding. The warmer the ocean surface gets, the more surfactants we can expect, and an even greater reduction in gas exchange,” study author and Heriot-Watt University research fellow Dr. Ryan Pereira said in the release.

This is the first study to accurately calculate the impact of surfactants on the greenhouse gas exchange between oceans and the atmosphere. Previously, the major known driver of the exchange was ocean turbulence increased by wind. More wind means more turbulence, which leads to more of an exchange.

But the new research, conducted at 13 sites covering a range of ecosystems in the Atlantic Ocean in 2014, found that surfactants can curb the impact of wind.

Because surfactants are difficult for human eyes and even satellites to see, researchers used a combination of satellite data and a special tank that measured the impact of surfactants on the exchange of gases in samples of ocean water collected by the team.

Study author and University of Exeter professor Dr. Ian Ashton explained how the data could be used to create a more accurate understanding of carbon dioxide levels going forward.

“Combining this new research with a wealth of satellite data available allows us to consider the effect of surfactants on gas exchange across the entire Atlantic Ocean, helping us to monitor carbon dioxide on a global scale,” Ashton said.