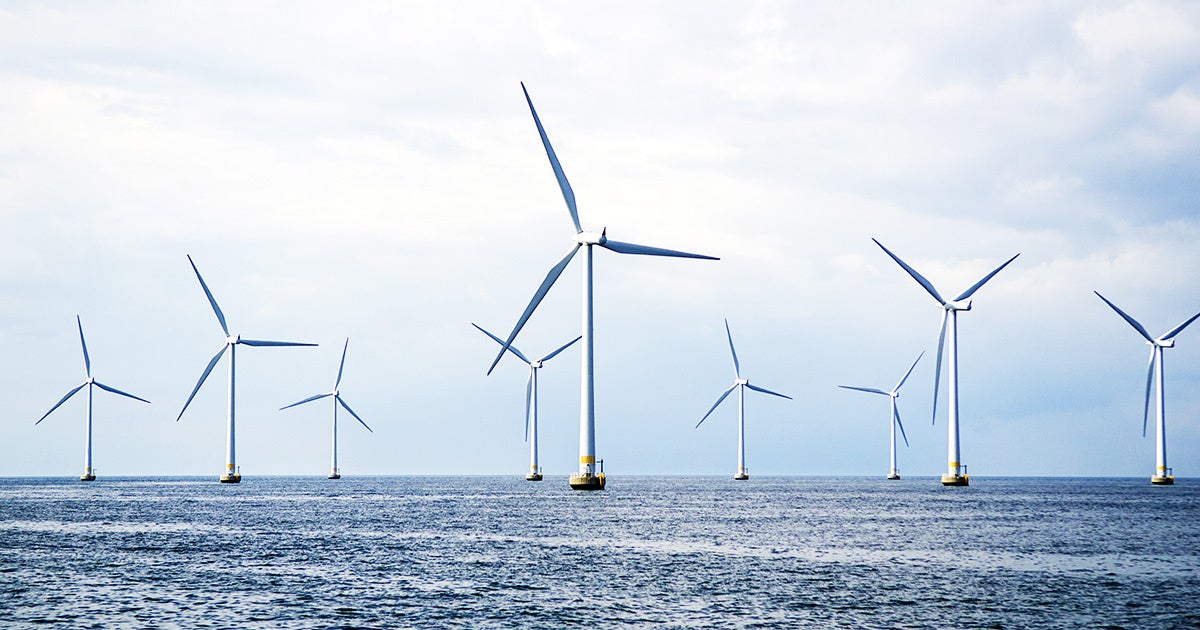 Two Californian scientists have worked out how to achieve a wind-powered world that provides the entire planet with wind energy without spoiling the view with turbines on every hilltop.

The answer: take wind farming onto the high seas. The force of the winds sweeping across the open ocean would be enough to generate 18 billion kilowatts—which is about the global annual energy demand right now.

In a calculation that is overtly hypothetical, they evaluate winds as so much kinetic energy to be exploited. Ocean wind speeds are at least 70 percent higher than wind speeds over land. Surface winds in the North Atlantic can reach 11 kms per second and 13.5 kms per second in the Southern Hemisphere, which would be enough in theory to take generating rates up to 20 or even 80 watts per square meter.

Research at this level does not answer the world’s energy problems: instead it sets out, once again, the viable possibility of a world driven by renewable energy, rather than the fossil fuels that drive ever-higher greenhouse gas levels in the atmosphere, and potentially catastrophic global warming and climate change.

And it is one step onwards from a cascade of such thinking over the past few years. In 2013, scientists at the University of Delaware worked out that wind, solar and renewable sources could deliver almost all the energy needs of the U.S.

Other groups—including one at Stanford University in the U.S.—have not just backed up this reasoning but extended it, with a roadmap for at least 139 of the 197 nations that in December 2015 resolved to take steps to contain global warming to no more than 2°C by 2100.

But the laws of thermodynamics present practical problems. One of these is that, because energy is always conserved, a wind farm inevitably “saps” the energy of the wind that slams into the turbines, leaving a weaker wind for the next turbine in its path.

So although, in theory, winds could deliver at the rate of 60 to 80 watts per square meter, this “turbine drag” would slow the winds at every stage.

Even so, engineers could look forward to a harvest of 3 to 5 watts per square meter, which is much higher than the best available on land.

Someone had to do the sums. “Are the winds so fast just because there is nothing out there to slow them down? Will sticking giant wind farms out there just slow down the winds so much that it is no better than over land?” asked Ken Caldeira, senior scientist at the global ecology department at the Carnegie Institution for Science at Stanford.

In principle, their answer is: yes, it can. Open ocean wind farms spread across 3 million square kilometers of ocean could in theory harness so much more of the atmosphere’s energy and generate all the power the world needs right now.

That still leaves all the other problems unsolved: the challenge of engineering turbines fit for the open ocean and of catering for seasonal variations in wind energy; of collecting the generated current and delivering it to the world’s cities, and the even bigger problem of the national and global politics involved. But sophisticated modeling says there is nothing on Earth to prevent it being done.

“While no commercial-scale deepwater wind farms yet exist, our results suggest that such technologies, if they become technically and economically feasible, could potentially provide civilization-scale power,” the scientists wrote.