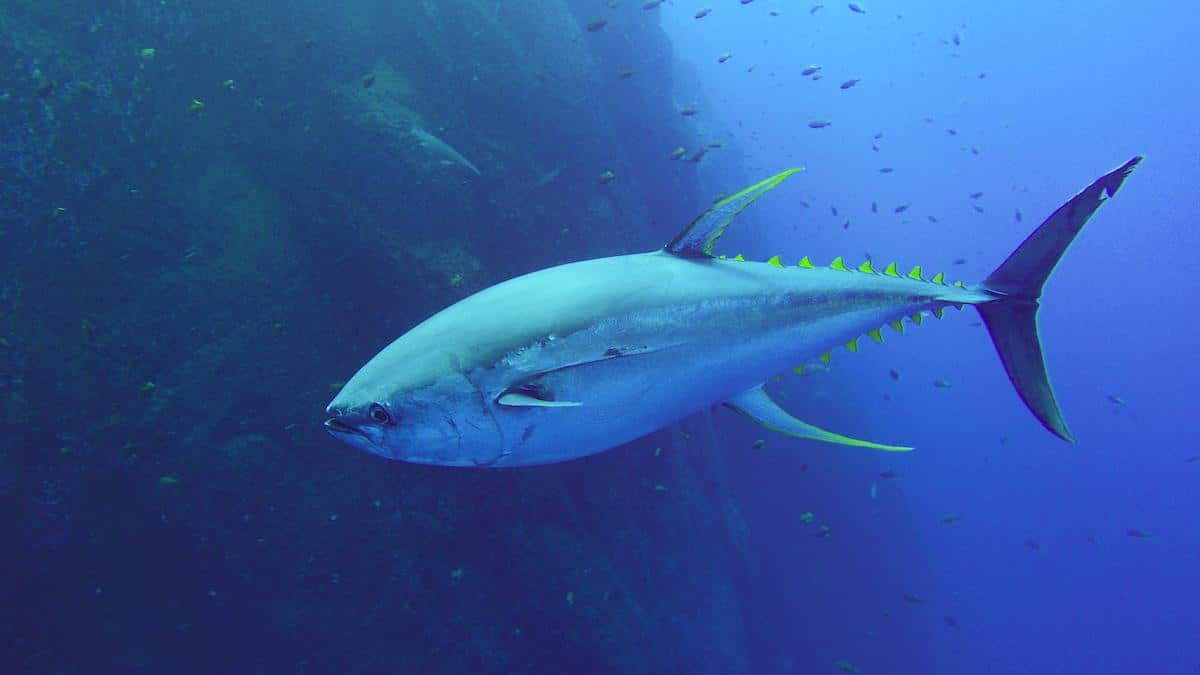 The climate crisis and warming waters may cause tuna to redistribute, threatening tuna-dependent economies in the Pacific, a new study concludes.

“All fish have preferred water temperatures, i.e., temperatures that suit their physiology best and which provide optimum conditions for growth and reproduction,” explained Johann Bell, lead author on the study and senior director of tuna fisheries at Conservation International‘s Center for Oceans. The international nonprofit works to protect the critical benefits that nature provides to people through science, partnerships and fieldwork.

Water temperature affects the distribution and abundance of prey species, Bell continued. As the ocean warms, new locations may become more favorable for prey species, and the fish will move accordingly. The predatory fish like tuna will follow. If not, a shortage of food could affect their growth and survival, Bell said.

The study found that the best conditions for skipjack and yellowfin tuna — the target species for the large purse-seine fishery in the Pacific Islands region — will progressively keep moving to the east as the ocean warms. Therefore, a greater proportion of these tuna will be caught in high-seas areas to the east of and outside the jurisdictions of Small Island Developing States (SIDS), Bell said. 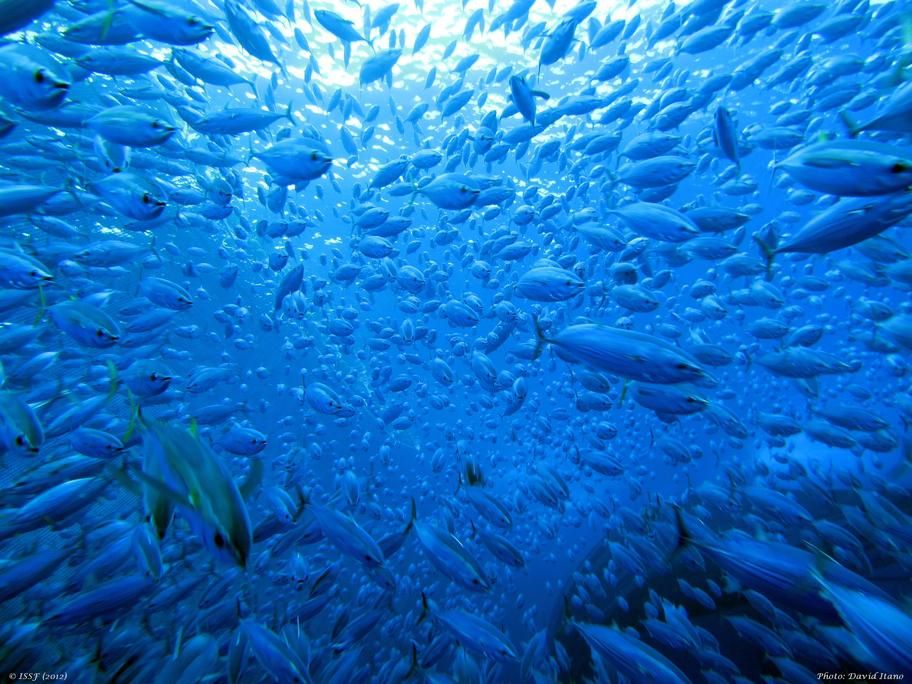 Schools of tuna in the Pacific. David Itano / SPC

As defined by the United Nations Convention on the Law of the Sea, coastal nations around the planet have jurisdiction over the natural resources of an Exclusive Economic Zone (EEZ) that extends up to 200 miles off their shores. Within EEZs, nations can choose to ban, regulate and enforce use of marine resources and fisheries. Beyond these zones, the rest of the ocean is considered high seas, “virtually ungoverned open territory” and functionally a “fishing free for all,” said Global Fishing Watch. As tuna move out of EEZs into the high seas, this could also upend efforts to create a sustainable fishery because lack of enforcement can lead to greater overfishing, a Conservation International representative said.

Many SIDS currently gain income from fishing their EEZs for tuna and other preferred catch and/or from selling licenses to other nations to do so in their waters.

The Conservation International study covered 10 Pacific SIDS in particular, who currently rely on their tuna populations and who may face empty seas and revenue streams in the near future. These are: Cook Islands, Federated States of Micronesia, Kiribati, Marshall Islands, Nauru, Palau, Papua New Guinea, Solomon Islands, Tokelau and Tuvalu.

The research, published in the journal Nature Sustainability, found that if ocean warming continues at current rates, the tuna catch in the combined waters of the 10 Pacific SIDS is expected to decline by an average of 20% by 2050. All 10 will suffer catch reductions.

The study also quantified these potential losses. Lower tuna catches are expected to reduce the “extraordinary economic benefits” from access fees that Pacific SIDS receive from other “distant water fishing nations” that fish in their abundant waters, including the U.S., European Union, China, Taiwan, Japan and Korea, Bell said. Under a high emissions scenario, these losses could result in annual local government revenue reductions in the range of 8-17%, the research found.

“The losses are also expected to reduce the financial flexibility needed to assist communities to adapt to climate change,” said Manu Tupou-Roosen, director general of the Pacific Islands Foreign Fisheries Agency, a partner in the study. Many Pacific SIDS have few other options to generate revenue required to invest in education, health, infrastructure, etc., Bell said.

Small island nations and developing countries are already disproportionately suffering the effects of the climate crisis despite contributing a vastly smaller share to its worsening.

“This is a climate justice issue,” Bell said. “The 10 Pacific SIDS have a deep economic dependence on tuna fishing but contribute little to global warming. The SIDS will be undermined through no fault of their own, he said, because they’ve made trivial contributions to the emissions now warming oceans and driving tuna out of their EEZs.

“In contrast, nations responsible for 60% of historical greenhouse gas (GHG) emissions would benefit from the migration of tuna to the high seas where they do not have to pay fees,” he added. “This is clearly an unjust situation directly due to the effects of climate change.”

The study also detained strategies to prevent tuna migration and to ensure that regional fisheries continue to flourish.

Additionally, it identified two pathways to limit the impacts of the likely tuna migration away from the region. One calls for the drastic curbing of fossil fuel emissions and limiting global warming to 1.5°C, in line with the Paris agreement. This would slow ocean warming and largely prevent redistribution of tuna, the study said. The other works within political frameworks to allow Pacific SIDS to still receive financial benefits from tuna regardless of the distribution of the fish.

“Tuna redistribution is one of the many consequences of climate change, one which is expected to further weaken Pacific economies and important food systems already heavily impacted by COVID-19,” said Stuart Minchin, director general of the SPC, another study partner. “This critical situation has already been raised in several international fora including the UN Security Council and will be highlighted by the Pacific Island region at COP26 in Glasgow. We strongly hope that it will lead to concrete commitments by the COP and the UNFCCC architecture including its financing mechanisms.”

Schools of tuna in the Pacific. John Muir / SPC