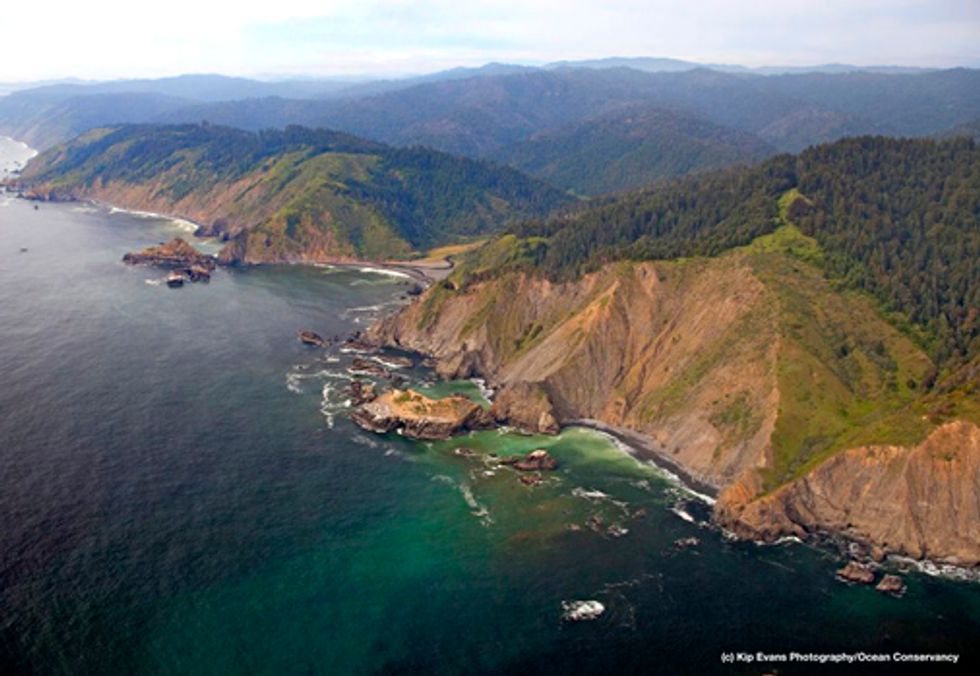 Almost every day brings more news about how the ocean is in trouble. Climate change, pollution, plastics, overfishing—staying optimistic about our future challenges even the most buoyant of spirits. But today, from California, comes some great and hopeful news: the state has completed a network of marine protected areas, the first in the nation, from Oregon to the Mexican border.

Efforts to restore the state’s depleted fish populations began well over a decade ago and resulted in the passing of the Marine Life Protection Act in 1999. Over the years, using a combination of the best available science and local stakeholder knowledge specific to each state region, the marine protected area network grew.

The Central Coast was finished first in 2007 and includes gems such as Point Arguello, home to tunas and rockfish, and critical for the recovery of southern sea otters. The North Central Coast followed in 2010, establishing greater protection for remarkable places like Point Reyes, home to 45 percent of North American bird species. South Coast marine protected areas went into effect in 2012, creating safe places for ocean wildlife to thrive in iconic places including Big Sur and La Jolla.

Today, the California network finally becomes complete as the North Coast marine protected areas go into effect. The 19 new North Coast underwater parks span from just south of Fort Bragg up to the Oregon border and cover about 13 percent of the region. They include Pyramid Point’s rugged coastline, Point St. George Reef—home to the second largest nesting seabird colony south of Alaska—and waters at the mouth of waterways such as Ten Mile River that are critical for salmon and steelhead populations.

These underwater parks are meant to be enjoyed. Many of the 19 new protected areas are located adjacent to public beaches and state parks, creating great opportunities for education, research and recreation—whether you’re looking to bird watch or kayak. For example, Pyramid Point at the northernmost tip of the rugged California coastline is popular for shore angling, beachcombing and kite flying.

The environmental problems we face seem insurmountable at times, but we must not grow discouraged. Today brings fresh hope for the future of California’s fisheries and the ocean beyond.