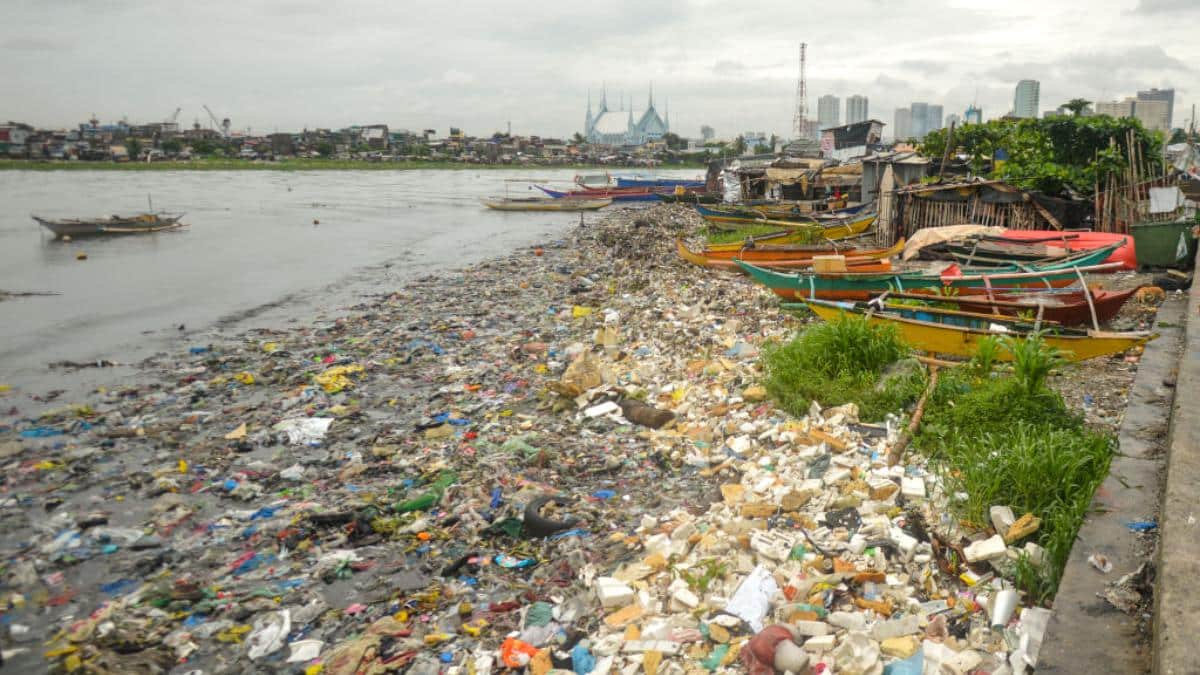 The Pasig River in the Philippines is the kind of small, urban river that contributes more to ocean plastics than larger rivers, a new study has found. Artur Widak / NurPhoto via Getty Images

Plastic pollution is entering the ocean from more sources than previously thought.

A new study published in Science Advances Friday found that 80 percent of the plastic that enters the world’s oceans via rivers comes from more than 1,000 waterways. That’s as much as 100 times the number of rivers previously estimated, study leader the Ocean Cleanup explained.

The Ocean Cleanup is a nonprofit launched by Slat with the goal of using technology to remove 90 percent of the plastic waste floating in the ocean. As part of that goal, the organization funded three years of research into how and how many rivers were significantly contributing to plastic pollution.

Their findings upended some previous assumptions, as National Geographic explained. In 2017, two studies concluded that 90 percent of the plastic that enters the ocean via rivers was contributed by a small fraction of the world’s rivers — 10 in one study and 20 in another. Further, these rivers were large rivers that traveled a long way, such as Egypt’s Nile or China’s Yangtze. However, the new study has found that the biggest culprits are actually smaller rivers in urban areas. The 16-mile Pasig River in the Philippines is now considered a greater contributor to ocean plastics than the Yangtze, which flows 3,915 miles and was formerly ranked the most plastic-polluted river.

The new insights are based on an increased amount of data and new modeling.

“One big difference from a few years ago is we don’t consider rivers mere conveyor belts of plastics,” lead author Lourens J.J. Meijer told National Geographic. “If you put plastic into the river hundreds of kilometers from the mouth, it doesn’t mean that that plastic will end up in the ocean.”

While the results give would-be cleaners more rivers to focus on, Ocean Cleanup is still confident that it can use the data to help remove plastics.

“While this number is much higher than previous estimations (100 times), it is only 1% of rivers worldwide, which means solving the problem is feasible,” Meijer wrote for Ocean Cleanup. “By collectively taking a global approach with various technologies to target these most polluting rivers, we can drastically reduce the influx of plastic into the ocean.”

To that end, the Ocean Cleanup launched the Interceptor, a solar-powered device that gobbles up plastic carried on a river’s current. The devices are already at work on some of the world’s most polluted rivers in Southeast Asia and the Carribean, according to National Geographic. In 2019, the nonprofit announced a plan to install the devices in 1,000 rivers within five years, though the pandemic has slowed down the rollout somewhat.