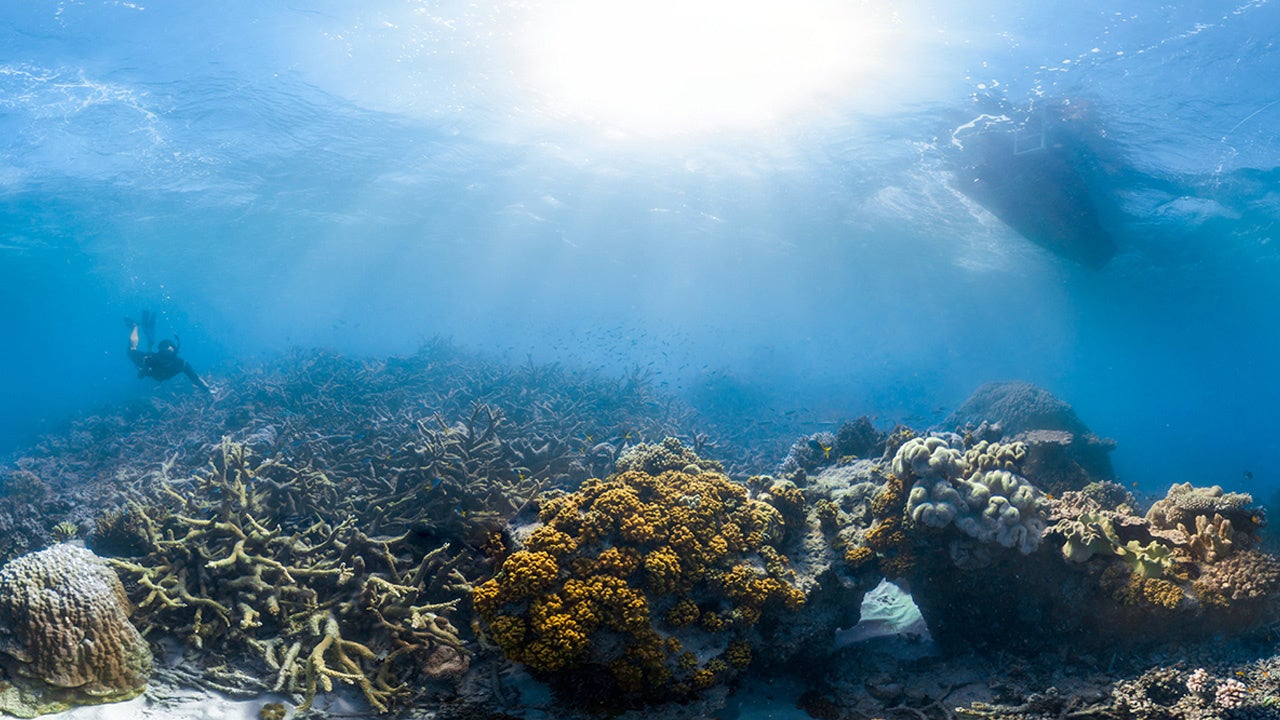 Marine heat waves are increasing in frequency, duration and intensity, which spell trouble for corals, according to new research from scientists working at the Great Barrier Reef.

The increased frequency in heat waves is a direct byproduct of the climate crisis the scientists say, as the BBC reported.

The researchers knew that oceanic heat waves contributed to coral degradation, or bleaching, where the coral sheds the colorful algae covering and nourishing it and the coral slowly starves. What surprised the scientists was just how rapidly they died off when they experience a heat wave, according to Agence France Presse.

Yet, while corals can often regenerate after a bleaching event once ocean temperatures are more hospitable to the corals’ symbiotic algae, heat waves that come on rapidly and linger are separate existential event that cause immediate death. Reefs will also have to weather extreme marine heat waves, which is “a distinct biological phenomenon from bleaching events,” according to the study’s authors, led by William Leggat, a coral reef expert at the University of Newcastle in Australia, as Vice’s Motherboard reported.

“Now, we see there is also a temperature at which the coral animal itself suffers from heat-induced mortality,” explained co-author Tracy Ainsworth, a marine biologist at the University of New South Wales, in an email, as reported by Vice. “This isn’t starvation, this is the animal itself undergoing mortality directly from the heat of the water.”

To perform the study, the researchers looked at two coral species that were severely affected by a 2016 marine heatwave that struck Australia’s Great Barrier Reef and resulted in 90 percent of the reef experiencing some degree of bleaching, according to Vice.

In laboratory conditions, the researchers exposed the corals to simulations of the extreme and rapid temperature increases experienced by the reefs suffering a marine heat wave. They saw that it did not kill the reef slowly, instead the corals lose their tissues, which exposes their skeleton to microbes that dissolve them.

Essentially, in a sever heat wave, a whole structure of a coral colony collapses, as Vice reported.

“The scary thing is — this is a new phenomenon that’s being caused by climate change,” said Leggat to the BBC. “And the impacts are even more severe than we had thought.”

“Climate scientists talk about ‘unknown unknowns’ — impacts that we haven’t anticipated from existing knowledge and experience,” said James Heron, a scientist at James Cook University who contributed to the study, as Agence France Presse reported. “This discovery fits into this category. As we begin now to understand this impact, the question is how many more of these ‘unknown unknowns’ might there still be that could bring faster and greater damage to coral reefs from climate change.”

Scientists hope that politicians and policy makers will start to pay attention to the climate science and recognize the need for urgent action to protect the Great Barrier Reef.

“It’s hard to know just how much we have to keep saying that this is a big problem before policy-makers decide to do something about it,” said Dr James Guest from Newcastle University in the UK, who has been studying coral reef habitats for more than 15 years and was not involved in the study, as the BBC reported.