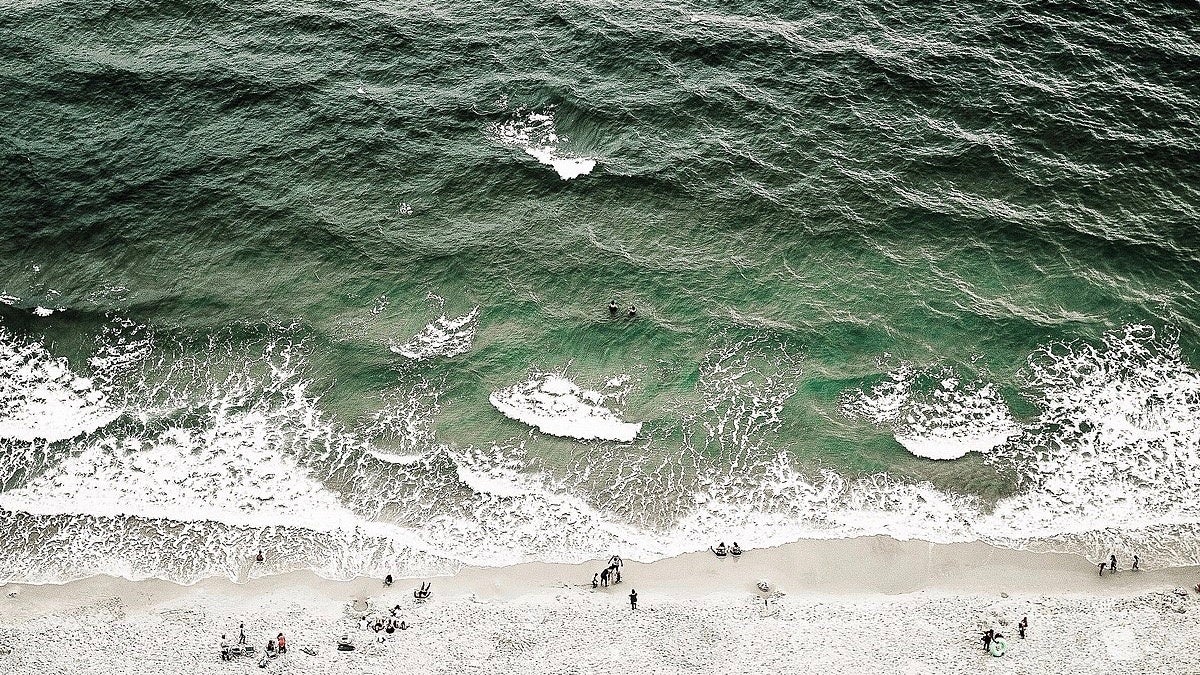 The world's oceans are getting faster, a new study has found. gcalebjones / Public Domain

The world’s oceans are moving faster, and researchers think it might be another sign of the climate crisis.

A new paper, published in Science Advances Wednesday, found that 76 percent of the top 2,000 meters of the ocean appears to have sped up since the 1990s, largely because of wind speeds. And the ocean’s speedup is more than can be explained by “natural variability.”

“The Earth is our patient, and you look for symptoms of how it is reacting to anthropogenic greenhouse gas forcing,” study coauthor and National Oceanic and Atmospheric Administration researcher Michael McPhaden told The Washington Post. “This is another symptom.”

Each ocean current moves as much water as all the world’s rivers combined, Science Magazine explained. Researchers found that between 1990 and 2013, the energy of these currents increased by 15 percent per decade.

“This is a really huge increase,” Susan Wijffels, an oceanographer at the Woods Hole Oceanographic Institution who was not involved with the paper, told Science Magazine.

Up until now, scientists have been unsure of how the climate crisis would impact ocean currents. Some models suggested a warmer world would lead to a slower ocean, The Scientist explained. This is certainly the case for the Atlantic Meridional Overturning Circulation (AMOC) in the North Atlantic, but because this current is driven by cold water sinking and flowing southward, its slowing doesn’t negate the possibility that winds could increase other currents, The Washington Post explained.

Some climate models had shown that global warming would lead to greater wind speeds, but not until around 2100 after temperatures had increased substantially. The fact that it is happening now could mean that the Earth is more sensitive to warming than the models have shown, McPhaden told The Washington Post.

While researchers can’t say for certain what is driving the increased circulation speed, their findings are likely to spark more research into the issue.

“This is quite an exciting paper,” Joellen Russell, a University of Arizona geoscientist who was not involved in the study, told The Scientist. “I think the results are robust, I think they’re important, and I think they are a little shocking.”

Study coauthor Shijian Hu of the Chinese Academy of Sciences’s Institute of Oceanology told The Scientist that there was not a lot known about how ocean circulation was behaving in the context of climate change because of a lack of direct observation of the ocean.

To overcome this lack, Hu’s team looked at five different reanalyses, which combine observations with models to fill in for missing data points, as Science Magazine explained. When all five turned up an increase in ocean energy after 1990, the researchers then turned to real-time data from the Argo system of floats for confirmation:

A look at data from the Argo array, a fleet of nearly 4000 robotic floats deployed around the world, provided the best test. The floats have been bobbing up and down in the ocean’s uppermost 2000 meters for the past 15 years, measuring temperature and salinity. They don’t track velocity through the water column. But their data do indicate where winds have piled up water, helping create differences in pressure that drive large-scale flows. By combining those data with the floats’ own current-borne trajectories, investigators can reconstruct overall currents and their speed.

The data set, compiled by oceanographer Alison Gray of the University of Washington, Seattle, covers only 6 years, from 2005 to 2010, but Hu found that it reveals an even clearer global speedup than the reanalysis models. “The evidence in the Argo data is absolutely astonishing,” says Eleanor Frajka-Williams, an oceanographer at the United Kingdom’s National Oceanography Centre, who was not part of the study.

So what does a faster ocean actually mean? The study didn’t look at localized effects, but researchers can point to some likely outcomes.

One is that a more turbulent ocean could actually absorb more heat from the atmosphere, MIT oceanographer and climatologist Gael Forget told The Scientist.

Another is that it could change how and where heat is circulated.

“Perhaps the most important consequence is the increased redistribution of heat around the planet that stronger circulation would bring,” Alex Sen Gupta, an ocean and climate expert at the University of New South Wales in Sydney who was not involved with the research, told The Washington Post. “This would affect temperature distributions and could affect weather patterns — but more work would be needed to make these links.”

Shifting water temperatures would also impact marine life. For example, the East Australian Current has gotten stronger and brought warmer waters to the Tasmanian coast, where they are wilting the area’s kelp forests.

But the net effect of increased circulation is not necessarily good or bad.

“There are always winners and losers in these situations,” Russel told The Scientist.