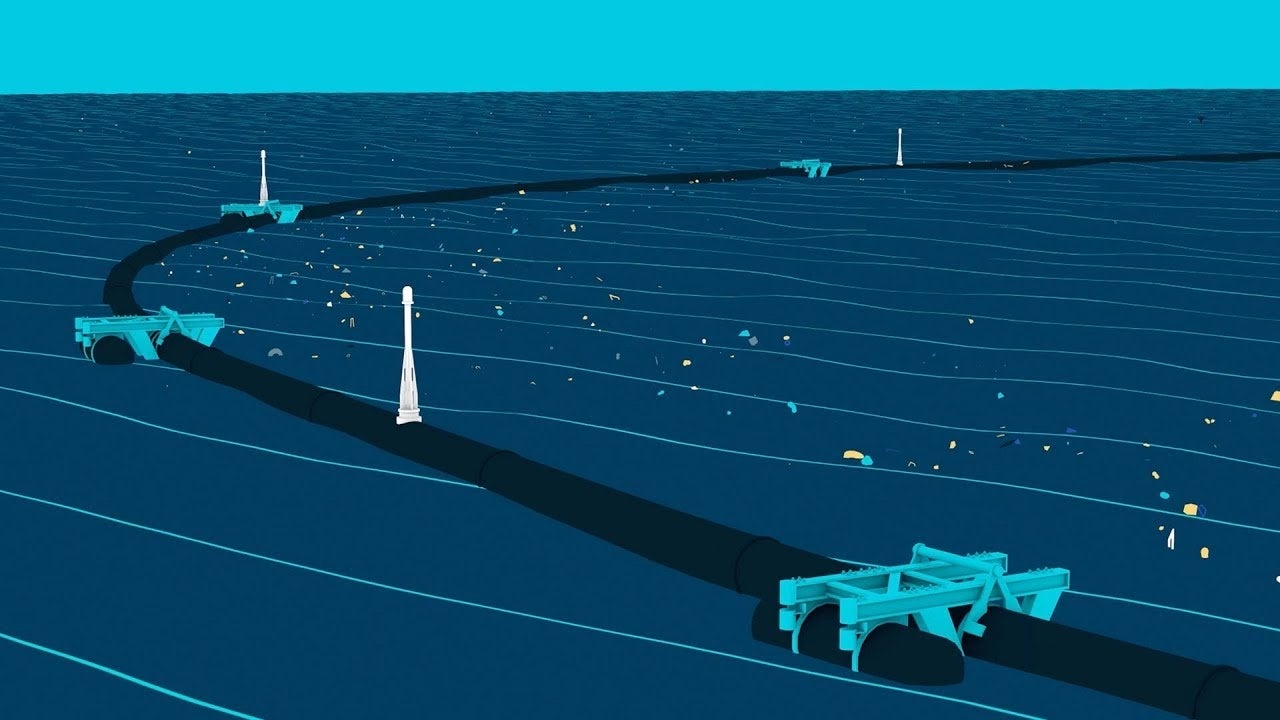 The Ocean Cleanup is preparing to launch its highly anticipated cleanup system in the Great Pacific Garbage Patch. But the contraption’s final design looks slightly different from the original vision.

The non-profit organization, founded by 23-year-old Dutch inventor and entrepreneur Boyan Slat, aims to rid the world’s oceans of plastic.

Five years ago, the then-teenager made headlines and inspired folks around the world for his ocean plastic-capturing concept.

Earlier prototypes, for instance, featured an anchored platform and a V-shaped floating barrier that passively corrals plastics with wind and ocean currents. But during testing, they realized they underestimated the impact of wind, waves and currents on the system.

After years of research and development, the Ocean Cleanup team announced a redesign of the system that features a 600-meter-long floating pipe with a tapered 3-meter skirt attached underneath to catch debris. The sea anchors were also eliminated entirely.

“Both the plastic and system are being carried by the current,” the nonprofit explains. “However, wind and waves propel only the system, as the floater sits just above the water surface, while the plastic is primarily just beneath it. The system thus moves faster than the plastic, allowing the plastic to be captured.”

The contraption is also fitted with solar-powered lights, anti-collision systems, sensors and cameras and satellite antennas, meaning it can communicate its position at all times.

The captured plastic will be collected by a vessel every few months. The debris will then be sorted for recycling or up-cycled to create new products.

“Although there is a fair chance this won’t be the last iteration of our ocean cleanup technology, we have high confidence that it addresses the stability issues and that this will be the design responsible for collecting the first plastic from the Great Pacific Garbage Patch later this year,” Slat wrote.