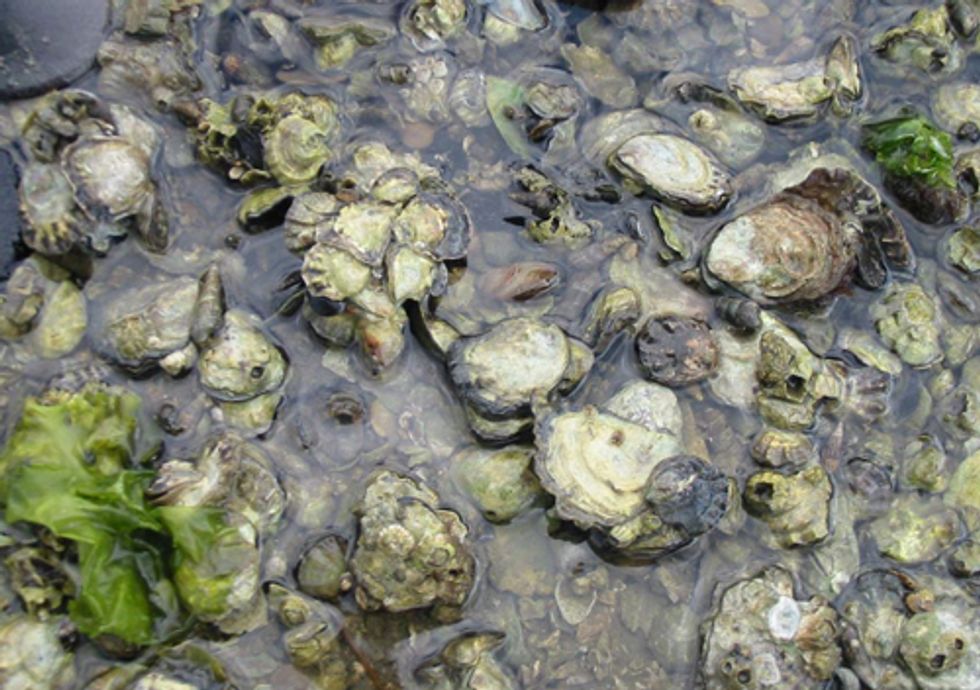 In its water-quality report to the U.S. Environmental Protection Agency (EPA), the state of Washington classified the entire Puget Sound as “waters of concern” because of ocean acidification’s threat to local shellfish and fish resources. This means the data show that ocean acidification is threatening the region’s ability to support fish and shellfish. It also makes the area a priority for more monitoring and assessment.

“Ocean acidification is putting the whole Puget Sound ecosystem at risk,” said Miyoko Sakashita, oceans director at the Center for Biological Diversity. “Focusing on the entire Sound as a ‘water of concern’ because of ocean acidification is a key step toward monitoring the effects of this sea change and curbing those effects.”

The Pacific Northwest is particularly vulnerable to the impacts of ocean acidification. For many of the past six years, the region’s baby oysters have been unable to survive, in part due to acidifying waters. Scientists have documented waters affected by ocean acidification upwelling along the Pacific Coast during certain seasons and exposing marine life to corrosive waters.

“The science is in, and it says the Northwest’s stretch of ocean, and all the marine life it supports, is in trouble,” said Sakashita. “Washington may also be a warning beacon for the future of our oceans. But it isn’t enough to simply recognize the problem. We have to act, and that means cutting carbon pollution.”

In 2009, the Center for Biological Diversity filed a lawsuit challenging Washington’s prior water-quality assessment for failing to declare coastal waters impaired by ocean acidification. As a result of a settlement of that lawsuit, the EPA directed all states to consider ocean acidification as a threat to water quality under the Clean Water Act.

In its new assessment, Washington again declined to identify coastal waters as “impaired” by acidification—a classification that would have required steps to curb carbon pollution causing acidification. Instead, only Puget Sound was put on the “waters of concern” list, a less urgent category.

Each day the world’s oceans absorb 22 million tons of carbon dioxide (CO2) from the atmosphere, most of which comes from burning fossil fuels and cutting down forests. Carbon dioxide reacts with seawater, causing it to become more acidic. Since preindustrial times the world’s oceans have become about 30 percent more acidic. Ocean acidification strips seawater of the materials that marine animals—such as corals, plankton and shellfish—use to build their shells and skeletons. This can stunt growth or cause deformations, often at a cost to the animal’s overall health.