‘AOC Gets It’: Bill Nye Supports Ocasio-Cortez and Her Efforts to Fight Climate Change 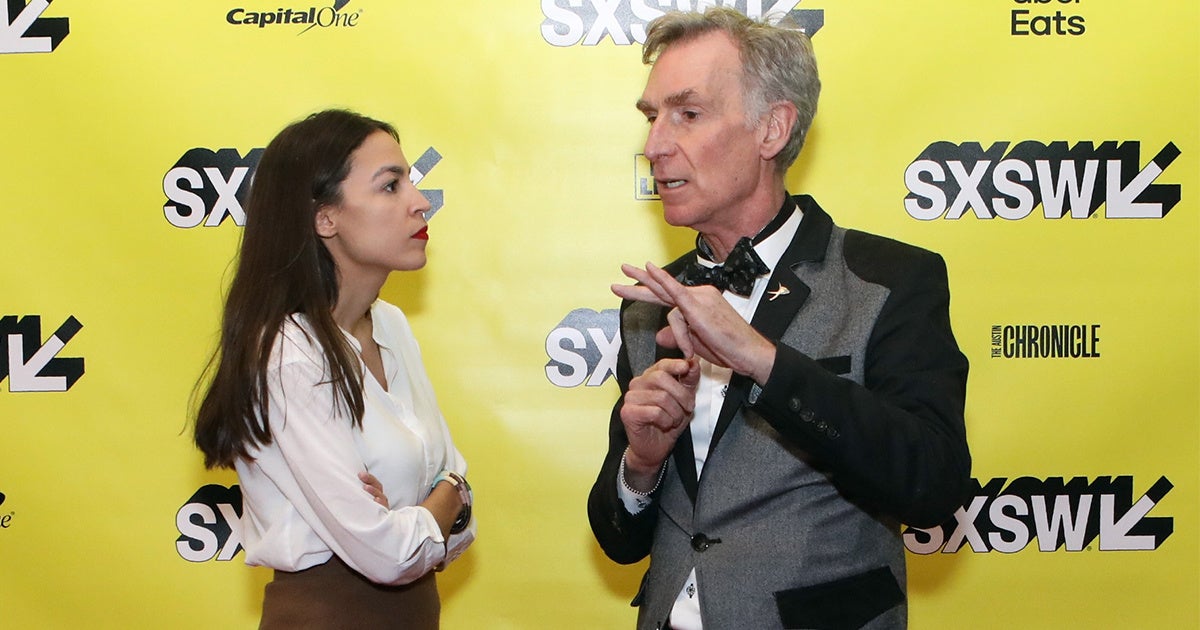 Bill Nye, the famous TV scientist behind Bill Nye the Science Guy, gave his support to Alexandria Ocasio-Cortez and her efforts to fight climate change while addressing income inequality.

Ocasio-Cortez has co-sponsored a Green New Deal resolution with Massachusetts Senator Ed Markey that calls for a 10 year program to reach net zero greenhouse-gas emissions, wean the U.S. off of fossil fuels and nuclear energy, shift to 100 percent renewable energy and do so while promoting green jobs and helping communities on the frontlines of climate change.

“AOC gets it,” Nye tweeted from the South by Southwest (SXSW) festival in Austin Saturday. “She sees that fear is dividing us. We can address income inequality. We can address climate change, if we get together and get to work.”

AOC gets it. She sees that fear is dividing us. We can address income inequality. We can address climate change, if we get together and get to work. #SXSW @AOC pic.twitter.com/I8tSbAc97u

Nye made a surprise appearance during the question and answer portion of Ocasio-Cortez’ talk at the popular SXSW festival, where prominent figures in politics, the arts, media and business give talks, The Huffington Post reported.

“I think the problem on both sides is fear,” Nye said. “People are afraid, people of my ancestry are afraid of having to pay for everything as immigrants come into this country. People who work at the diner in Alabama are afraid to try to ask for what is reasonable. So do you have a plan to work with people in Congress that are afraid?”

“One of the keys to dismantling fear,” Ocasio-Cortez responded, ‘is dismantling a zero-sum mentality,” which she defined as “the logic that says someone else’s gain necessitates my loss.”

In her response, she also called on listeners to make their opinions known to their representatives, since most of the congresspeople she has spoken to blame their lack of environmental action on the wants of their constituents. Finally, she spoke of the importance of courage as an antidote to fear.

“Courage is about our future and fear is just about anxiety. And if you’re sick and tired of being an anxious nation, then you have to just be rejecting fear outright,” she said.

Ocasio-Cortez is also clearly a fan of the famous scientist. She stood and applauded when he stood to ask his question and began chanting “Bill, Bill, Bill” before her response.

You can watch the whole exchange here:

Nye has emerged as a strong advocate for science and for climate action. In a 2017 documentary about his science advocacy, he even sat down with climate denier Joe Bastardi.

“Climate change is happening, it’s our fault and we’ve got to get to work on this,” he said in the film’s trailer.