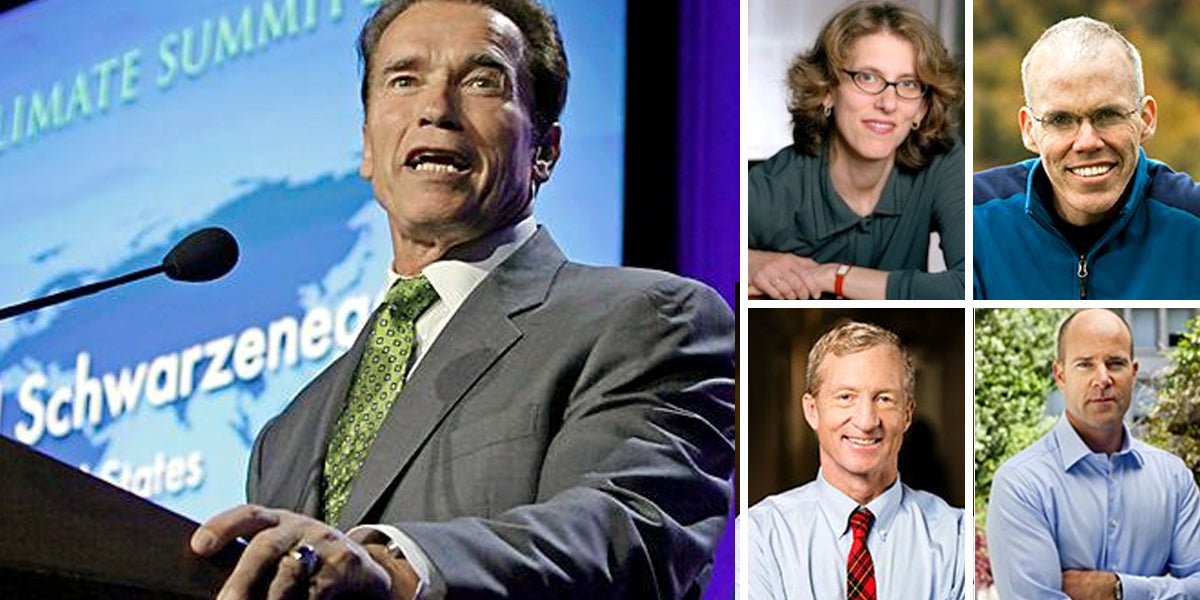 [EcoWatch will be interviewing many of the speakers today at this event. Click here to watch our Facebook Live videos.]

A landmark climate change conference starts today in Oberlin, Ohio. The conference will bringing together many of the world’s leading thinkers, political figures, economists, investors, philanthropists, business leaders, educators and public intellectuals to discuss the changes needed to “spur a successful transition to a sustainable, resilient, prosperous and equitable economy driven by safe, renewable energy.” Oberlin College and The Oberlin Project are hosting After Fossil Fuels: The Next Economy from Oct. 6 – 8.

The three-day event will focus on the economic and political realities we face in light of a warming planet. With just one month away from the presidential election, conversation on these issues couldn’t be more relevant as we have two candidates with very different plans on how to address climate change.

“The most critical issue we face is climate change,” said David W. Orr, the Paul Sears Distinguished Professor of Environmental Studies and Politics Emeritus at Oberlin College and the founder and visionary behind The Oberlin Project. “Climate and energy issues are flip sides of the same coin. We are now in the transition to a very different economy and we don’t have a lot of time to get this right.

“October is just one month before a critical presidential election and we need to be heard in that cacophony. The governors are important speakers [at this event] because most of the action on climate change has been at state levels and it is the states who have been the real drivers in climate policy.”

The conference will be the first major event held in the new Peter B. Lewis Gateway Center, a state-of-the-art conference center located within The Hotel at Oberlin. The center is on target to become one of the rare LEED Platinum hotels and conference centers, and is the cornerstone of Oberlin’s Green Arts District.

Watch the entire conference via this live feed: