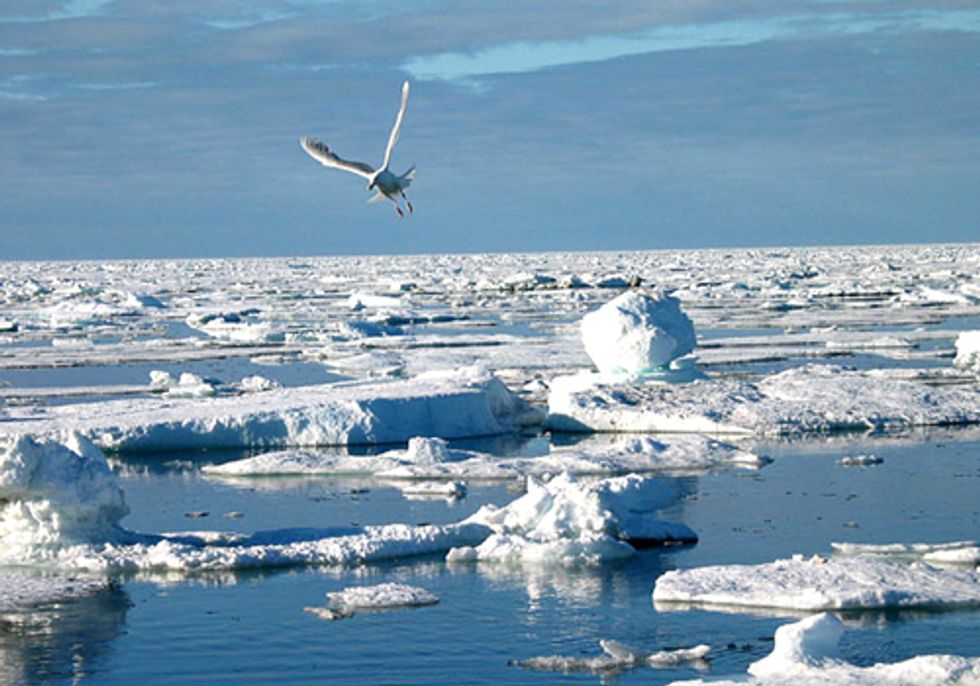 The Obama administration has proposed an offshore oil drilling plan for the next five years that would allow drilling in the pristine Arctic Ocean and more drilling in the Gulf of Mexico before adequate safety standards are in effect.

You'd hope that after the floating oil rig that capsized and sank in the Sea of Okhotsk near Russia on Dec. 18, killing 53 crew members, plans to drill in the pristine waters of the Arctic would be put on hold. Russian oil companies that are rushing to this environmentally sensitive region have been warned by environmentalists and industry experts that the harsh conditions are unfit for oil drilling and too remote for rescue crews to quickly reach the area in case of an accident, including oil spills.

The Obama administration should be protecting the fragile Arctic from extremely risky offshore oil and gas activities, not encouraging it. Extreme methods of fossil fuel extraction have wreaked havoc on communities, human health and the environment. Just look at the impacts that mountaintop removal has had on the Appalachian region in the U.S. or tar sands extraction has had on the Indigenous Nations in Canada.

Obama's offshore oil plan will also increase drilling in the Gulf of Mexico. This region is still suffering extensive economic and environmental damage from the spill. No plans should be put into place for drilling in this region until the government and industry have fully implemented the recommendations of the bipartisan National Commission on the Deepwater Horizon Oil Spill.

Instead of relying on environmentally risky drilling, we need investments in clean, renewable energy that reduce our dependence on oil, protect human health and the environment, and create millions of new jobs.

The Bureau of Ocean Energy and Management is accepting comments on this plan through Feb. 8. Take action today by sending an email to the Obama administration or submitting a public comment to the Bureau of Ocean Energy and Management. Ask the Obama administration to keep the pristine waters of the Arctic off limits to drilling and not to increase drilling in the Gulf of Mexico until vital safety and environmental reforms are adopted.

Stay tuned to EcoWatch.org for further developments on this issue.