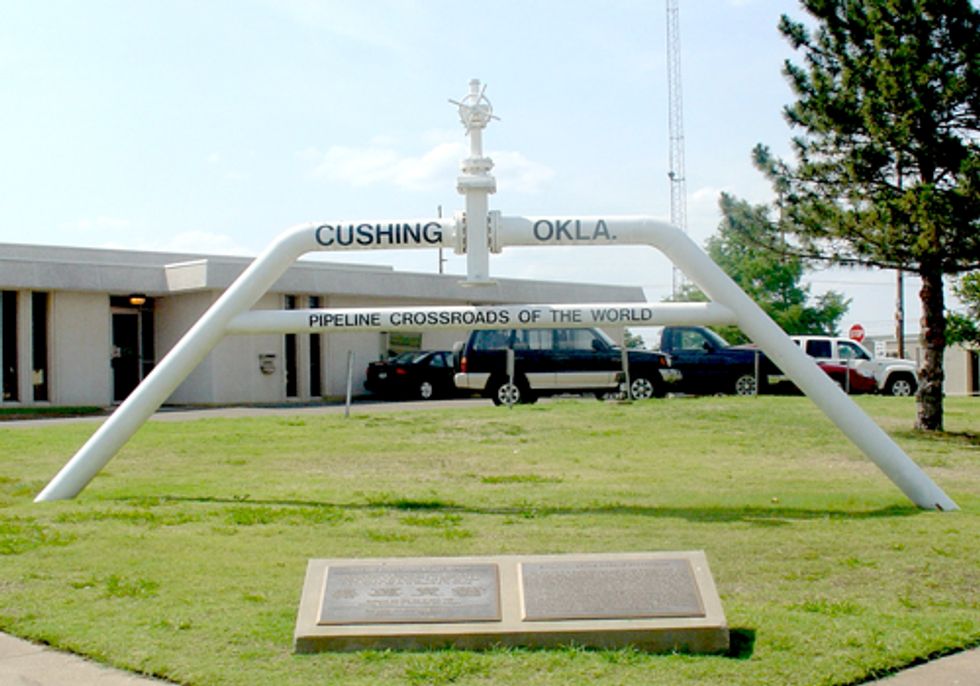 It's the multi-pronged fight that never seems to end.

The Alberta Tar Sands have been near the forefront of the North American energy and climate debate, thanks in large part to growing public concern and grassroots efforts like Tar Sands Action, a campaign led by climate activists to block construction of the Keystone XL pipeline.

The temporary derailing of Keystone XL by President Obama—who in January delayed permission to construct the pipeline for the foreseeable future—was labeled a "victory" by many activists.

But complicating the "victory" narrative, Obama later granted permission to TransCanada Corporation to build the southern segment of the pipeline, the Cushing Extension, sometimes also referred to as the Cushing Marketlink Project, which will run from Cushing, Oklahoma to Port Arthur, Texas.

Pandering to Big Oil, Obama will visit Cushing on March 22, the self-proclaimed "Pipeline Crossroads of the World," to give a stump speech for his 2012 election campaign.

The Stillwater News Press explained the rationale for the visit this way:

The White House has announced the president will be in Cushing Thursday to discuss his 'all-of-the-above' energy policy…Thursday appears to some locals as an opportune time for Obama, who said he supports the southern leg, to get on board on the northern segment of the 36-inch pipeline from Canada.

CBC News reports that "Obama will make a speech at a storage yard that's holding pipes to be used to build the pipeline."

As the old adage goes, "A picture is worth a thousand words."