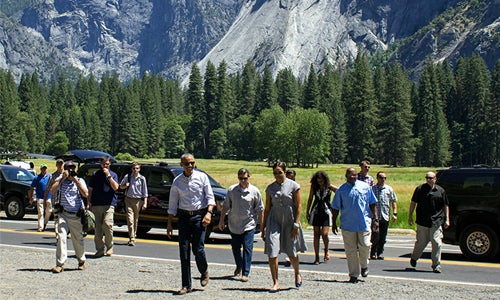 President Obama warned that the country’s national parks are at risk from climate change while visiting Yosemite Falls with his family over the weekend.

These parks belong to all of us.
This planet belongs to all of us.
It’s the only one we’ve got. #ActOnClimate https://t.co/GEKhf4Pc9V

.@POTUS and family have left after enjoying some hiking. We were honored to host them! #FindYourPark #NPS100 pic.twitter.com/JCIiRgUj9Z