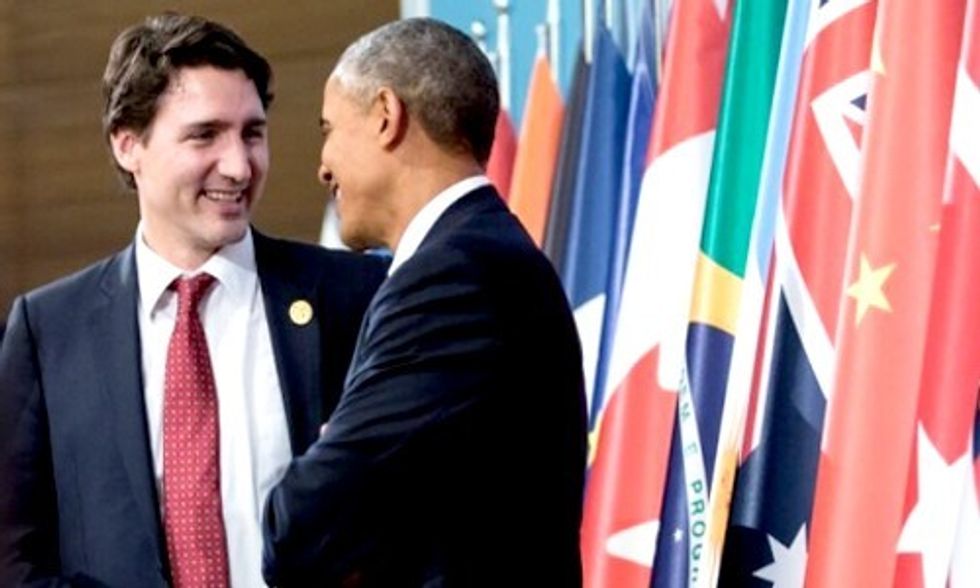 The leaders committed to cutting methane emissions 40 to 45 percent below 2012 levels by 2025. This will require the U.S. to regulate not only proposed oil and gas projects, but also existing ventures. They also pledged to institute new Arctic initiatives, including shipping corridors with low environmental impact and new protections on marine areas. The announcement comes ahead of a meeting today on U.S.-Canada joint issues.