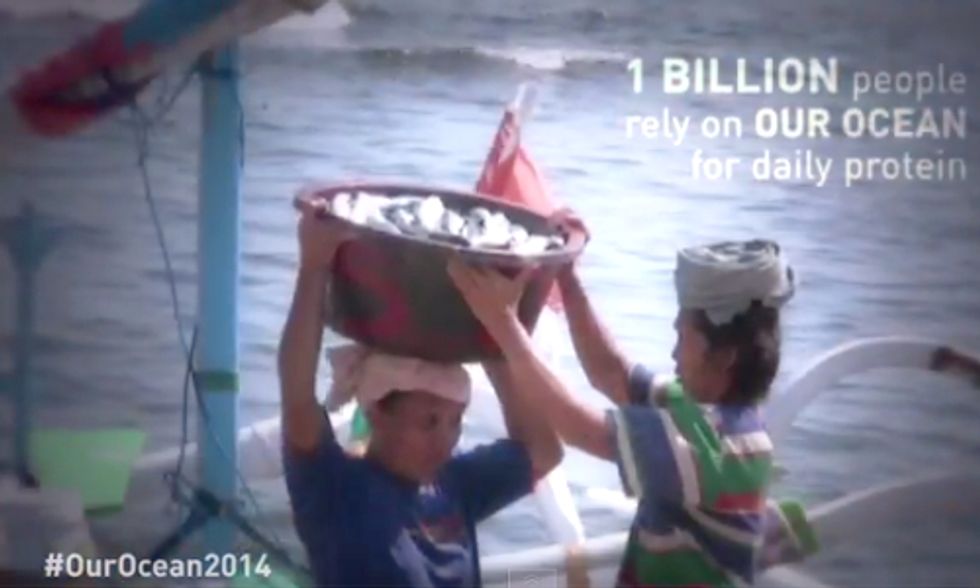 As the 2014 Our Ocean conference continues in Washington DC, water protection advocates from the government and beyond hope people realize saving the ocean isn't something that should be left up to the government.

Whether it's refusing to throw trash into waterways or sending an email to a legislator, every little bit helps. U.S. Secretary of State John Kerry said as much Monday during his opening comments.

"Stewardship of our ocean is not a one-person event; it’s a nation event, it’s a country event, it’s a universal requirement all across this planet," Kerry said.

The event continues Tuesday with presentations from Carol Turley of the United Kingdom's Plymouth Marine Laboratory, Bill Dewey of Taylor Shellfish Farms, a fifth-generation, family-owned business in Shelton, WA and more. President Barack Obama is expected to make an announcement, via video, regarding an executive order for new ocean protections, The Guardian reported.

Some expect the order to include the declaration of additional marine protection areas; an increase in research funds for monitoring changes in ocean chemistry; and the announcement of a task force on illegal fishing.

Officials from about 80 countries are attending the event. Others guests include Boyan Slat, the 19-year-old who wants to clean half the Pacific, and Leonardo DiCaprio, the Golden Globe Award-winning actor who donated $3 million to Oceana to help protect ocean habitat. In advance of his attendance, DiCaprio tweeted a couple ocean-related facts.

#Didyouknow the ocean is the #1 protein source for over 1 billion people worldwide? #OurOcean2014 http://t.co/o4EdAoLqLk

The State Department will make more footage of the event available Tuesday in its online video section. Here are Kerry's full comments.