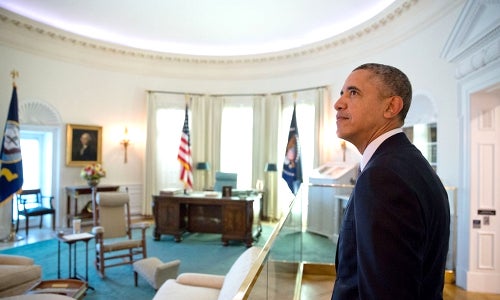 Under the president’s instruction, the U.S. Department of Energy (DOE) provided funding to boost the country’s solar energy Thursday, while encouraging business leaders to deploy solar energy in their communities.

As part of the Solar Summit at the White House, the DOE announced $15 million to help communities across the nation develop multi-year solar energy plans to install affordable solar electricity for homes and businesses.

The Solar Market Pathways program will support leaders and the state, local and tribal levels to crush policy and market barriers, according to the White House. A large focus will be community solar programs and local financing mechanisms, like commercial property assessed clean energy (PACE). 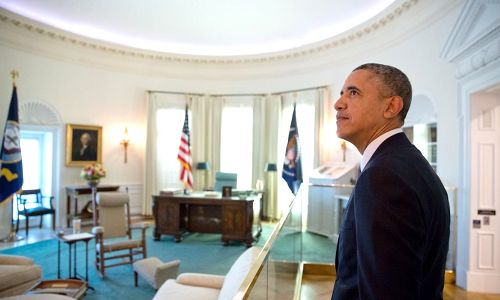 The president is looking for business leaders to set an example and deploy solar systems in their community, while the DOE works to drive prices down and provides more dollars for renewables. Photo credit: Pete Souza/White House

The administration also announced the Capital Solar Challenge, directing federal agencies, the military installations and federally-subsidized structures to identify potential solar opportunities to at federal facilities across the national capital region.  The DOE and General Services Administration are in charge of the challenge and are asked to focus on putting solar power on federal rooftops, covered parking and applicable open land. To lower their cost of electricity, the program will seek to use aggregated solar purchases, power purchases agreements and creative energy performance contracts.

The White House used the Solar Summit to recognize those who have set an example in deploying easing the process for others to adopt the form of clean energy. The following 10 people were declared “Champions of Change”:

“We applaud President Obama for recognizing these outstanding leaders in the solar industry with the coveted Champions of Change award,” said Rhone Resch, CEO and president of the Solar Energy Industries Association, of which GRID Alternatives, Hannah Solar and Boston Community Capital are members.

“Without question, the Obama administration has been the most solar-friendly ever, and we congratulate the president for holding [Thursday’s] White House Solar Summit.”

White House counselor John Podesta, who helped Moniz introduce the Solar Market Pathways program, asked the Summit crowd of business leaders to envision how much change they could affect if they sought to emulate the work of “Champions of Change.”

“We need leaders like you in the coming weeks and months to deploy solar power in your communities,” Podesta said, according to The Hill.

“If you do, we can curb the dangerous greenhouse gas emissions that are damaging our climate, we can make our communities more resilient against severe weather, we can bring clean affordable energy to American homes and businesses and we can create jobs and create opportunities for American workers.”

A Brief History of Solar Energy