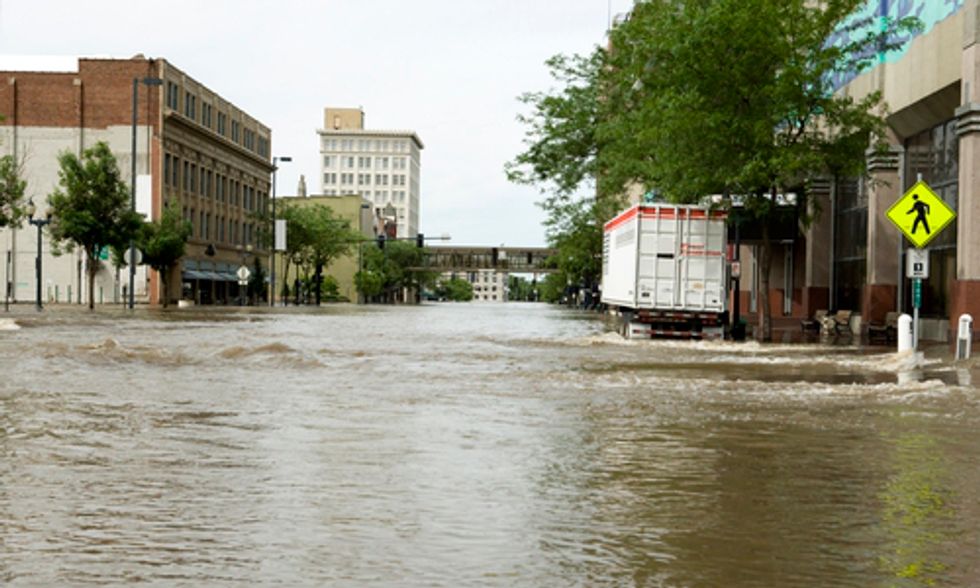 New Yorkers remember all too well the alarm we felt as Superstorm Sandy pounded our city. Apartment buildings and hospitals were swamped, and entire neighborhoods went without power for days. People who lost their homes or businesses spent months trying to pick up the pieces. And city officials and residents wondered: will we be ready next time?

For in the age of climate change, there will be a next time. There will be more intense storms in my hometown of New York, and more extreme flooding, heat waves and drought in communities around the nation. There will also be many ways to make our towns and cities more resilient in the face of these changes.

On Wednesday, the Obama Administration made it easier to embrace those solutions.

The measures arose out of the President’s State, Local and Tribal Leaders Task Force on Climate Preparedness and Resilience. The group includes governors, mayors and tribal chairmen who have seen firsthand how climate change undermines public safety and local economies. They also know what solutions work on the ground.

Extreme weather doesn’t just threaten our infrastructure. It also endangers our health. Intense heat, for instance, makes air pollution worse and contributes to asthma attacks and other respiratory problems. Powerful storms can foul drinking water and raise the risk of drowning. The Obama Administration’s preparedness initiative includes a new tool from the Centers for Disease Control that helps communities identify climate-related health risks and determine if their hospitals, early warning systems and public outreach efforts are ready to respond to shifting hazards.

The Obama Administration’s plan also recognizes the role the Federal Emergency Management Agency (FEMA) can play in helping communities assess climate threats. Every five years, states and local governments submit plans to FEMA for reducing vulnerability to storms, heat waves, wildfires and droughts. Yet the agency hasn’t asked them to factor in climate change when assessing the risk of future hazards. Now as part of the administration’s new measures, FEMA will require states to incorporate climate change into these plans—a move Natural Resources Defense Council (NRDC) has urged. This will help states invest their money more wisely and protect more people, homes and businesses from extreme weather.

Green infrastructure—things like pocket parks, sidewalk plantings and permeable pavement—has been proven to capture rain where it falls and cut down on flooding. It also costs less than most traditional approaches to stormwater and raises property values. The administration’s plan offers incentives to spread these benefits to more cities and towns. NRDC is also encouraging states to expand support for green infrastructure as well.

In the end, the most important thing we can do to shield our communities from climate change is to reduce the pollution that causes it in the first place. The Obama Administration has released a Clean Power Plan that will help America slash dangerous carbon pollution. But even as our nation shifts to cleaner energy, we must help communities brace for the climate impacts that are already unfolding. The administration’s preparedness measures will make us stronger and more resilient.