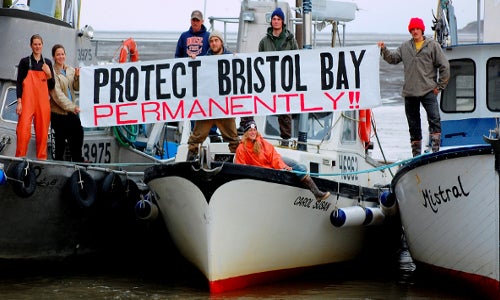 In a victory for fisheries, recreational sportsmen, Native tribes, wildlife, local communities and the environment, President Obama Tuesday put Alaska’s Bristol Bay area permanently off limits to oil and gas development under the Outer Continental Shelf Lands Act of 1953, something those groups had been seeking for decades. “Alaskans have been fighting to preserve Bristol Bay for decades. Today, we got it done,” said Secretary of the Interior Sally Jewell. 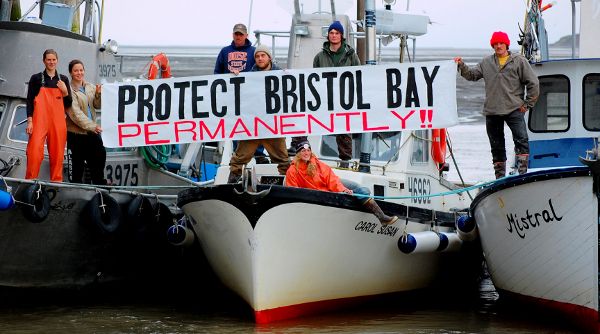 Previously, the president or Congress had extended temporary protection to Bristol Bay since leases for potential development were sold to oil companies in 1986. Opposition became especially strong after the Exxon Valdez tanker ran aground in Alaska’s Prince William Sound in 1989, spilling million of barrels of oil and causing untold damage to the environment, and the leases were bought back by the government in the ’90s.

“The president’s announcement is a victory for the people of Bristol Bay, who for more than 30 years have worked to secure their fishing grounds and ensure that their cultural heritage will continue to thrive for generations,” said Marilyn Heiman, director of the Pew Charitable Trust’s U.S. Arctic Project. “It also means that the region’s incredible fishing, wildlife and cultural values are permanently protected in one of America’s iconic marine habitats.”

The Pew Charitable Trusts is a member of the Fish Basket Coalition, a partnership of fishermen, commercial fishing businesses, residents, Native tribes and environmental groups founded to protect the bay and the surrounding Bering Sea area from oil and gas exploration. About the size of New York state, the Bristol Bay region is one of the nation’s most prolific fishing grounds, providing about 40 percent of the seafood caught in the U.S. According to the Bureau of Ocean Energy Management, the region’s potential for oil and gas discovery is low, with an estimated $7.7 billion in 25-40 years of production. But its commercial fisheries produce about $2.5 billion a year, yielding wild sockeye, chinook and coho salmon, halibut, pollock, sablefish and king red crab. 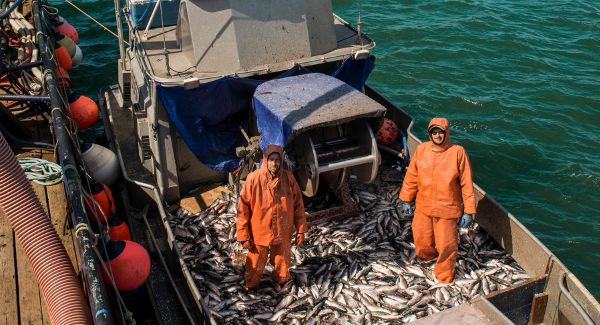 “We have great fisheries in Bristol Bay worth billions of dollars because we have protected our fishing grounds and our spawning beds from mining in the headwaters and oil and gas rigs in the ocean,” said Robin Samuelsen, chairman of the Bristol Bay Economic Development Corp. “Our fisheries bring economic benefits to our people and have sustained a way of life for thousands of years.”

“With the removal of Bristol Bay from the federal offshore oil and gas leasing program in perpetuity, we have more certainty that our waters will be safe for the sustainable fisheries that make our jobs possible and provide a renewable economy,” said David Harsila, president of the Alaska Independent Fishermen’s Marketing Association. “This has been a long time coming, and Bristol Bay fishermen are breathing a collective sigh of relief.”

While Bristol Bay’s fisheries provide the region’s economic lifeblood, it’s also an area of stunning scenic beauty and home to many species of seabirds and marine animals, including beluga whales, gray whales and Pacific walrus. So environmental advocates were rejoicing as well. 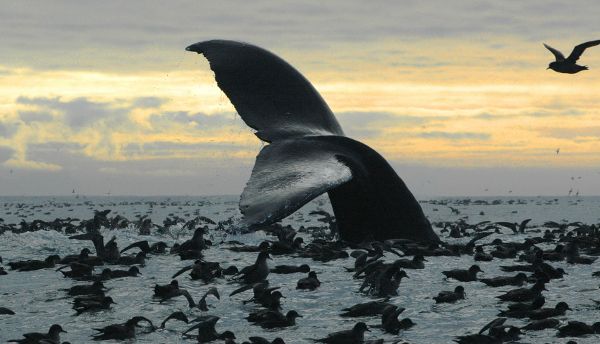 “We applaud President Obama for this bold action to protect some of America’s most bountiful waters,” said Dan Ritzman, Alaska program director for Sierra Club’s Our Wild America campaign. “These waters are vital for an abundance of wildlife, including salmon and whales. Thanks to the President’s leadership and decades of work by the local community, tribal organizations and the seafood industry, this area has finally received the protection it deserves. The president’s action is especially important in the face of a changing climate. Keeping dirty fuels and the climate pollution they produce in the ground will benefit us all, but especially the people of Alaska whose home is already warming at twice the rate of the lower 48 states. Putting these waters, and others in the Arctic Ocean, off-limits to new dirty fuel development will help preserve Alaska’s unique natural wonders and the traditions, economies and wildlife they support.”

And when Republicans inevitably scream about the President’s dictatorial overreach, keep this in mind: in 1960, President Eisenhower used the Outer Continental Shelf Lands Act to permanently withdraw an area off Key Largo, Florida to gas and oil development, and in 1969, President Nixon did the same for a coastal area off Santa Barbara, California.