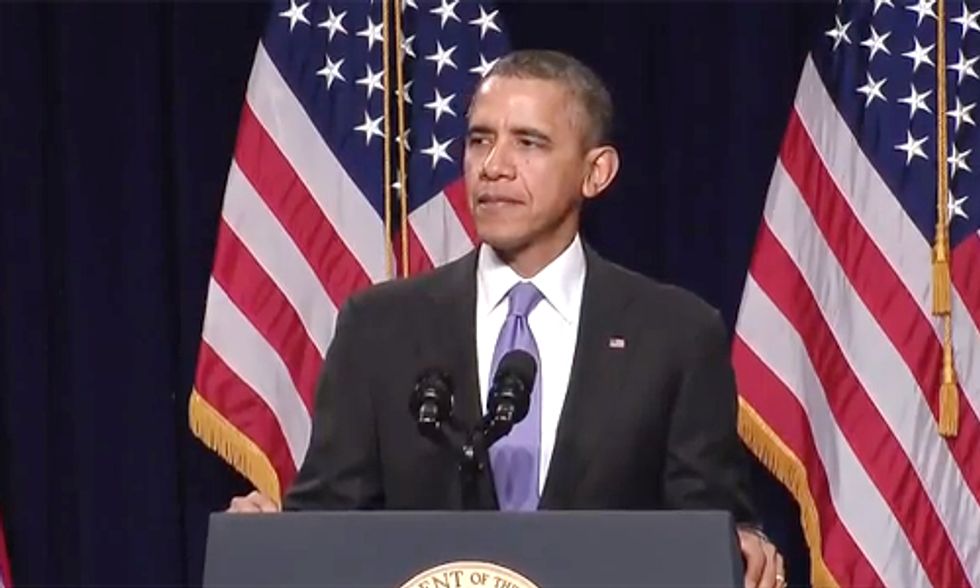 Trucks on U.S. roads and highways have long needed an efficiency makeover, and President Barack Obama demanded it Tuesday afternoon in Maryland.

Obama said his administration will issue tougher fuel-efficiency standards for delivery trucks by March 2016, The Associated Press reported. Heavy-duty trucks are only 4 percent of the vehicles on the country's roads, but account for about 20 percent of the greenhouse gases that the transportation sector emits into the air.

"For decades the fuel efficiency standards of our cars and trucks were stuck in neutral," the president said. "We're going to double the distance our cars and light trucks can go on a gallon of gas by 2025."

The 2016 order will empower the U.S. Department of Transportation and the Environmental Protection Agency (EPA) to develop new standards that should be ready for automakers to incorporate into the 2018 vehicle model year. Obama said investing in research to drive down emissions would make the U.S. less dependent on foreign oil, which preserves consumer funds and reduces greenhouse gas emissions—an effect he dubbed a "win-win-win."

He said that the EPA and Transportation heads would partner with manufacturers, states, truckers and autoworkers to come up with a proposal by March 2015.

"Businesses that buy these types of trucks have sent a clear message to the nearly 30,000 workers who build them:  We want trucks that use less oil, save more money, cut pollution," Obama said.

The American Council for an Energy-Efficient Economy (ACEEE) was among the organizations that supported the president's plan.

“ACEEE strongly supports the president’s work to continue the improvements in heavy-duty vehicle fuel efficiency initiated through the first phase of standards, adopted in 2011," ACEEE Transportation Program Director Therese Langer said in a statement. "There are major opportunities to further reduce heavy-duty truck fuel consumption while saving truck owners thousands of dollars per year, and the actions announced today will help to ensure that these savings are realized."

So far, 23 companies have joined the National Clean Fleets Partnership, pledging to reduce their oil consumption or replace old truck fleets with more fuel-efficient models. Those companies operate about 1 million commercial vehicles across the country.

"If rivals like PepsiCo and Coca-Cola, or UPS and FedEx, or AT&T and Verizon—if they can join together on this, then maybe Democrats and Republicans can do the same," he said.

According to the White House, Obama's first round of fuel efficiency standards for trucks will save $50 billion in fuel costs and 530 million barrels of oil.