Obama on Board to Stop the Keystone XL Pipeline? 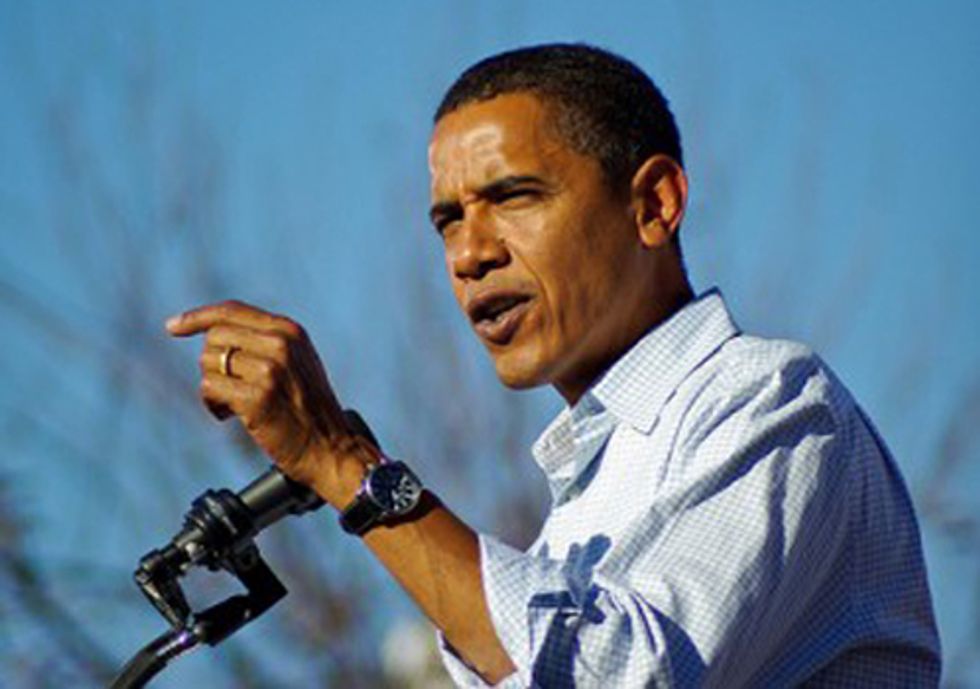 President Barack Obama announced Nov. 1 that he is taking complete ownership of the decision whether or not to approve Keystone XL, and that he'll be looking seriously at the environmental and health impacts of the pipeline. This comes after months of the White House passing the buck on the pipeline decision, and it's a major milestone in the ongoing fight against the pipeline.

Check out how Obama stepped up to own the pipeline decision during an interview with a Nebraska TV station:

The State Department is in charge of analyzing this, because there's a pipeline coming in from Canada. They'll be giving me a report over the next several months. My general attitude is, what is best for the American people? What’s best for our economy both short term and long term? But also, what’s best for the health of the American people? We want to make sure that we're taking the long view on these issues...I think folks in Nebraska like all across the country aren’t going to say to themselves, 'We’ll take a few thousand jobs if it means that our kids are potentially drinking water that would damage their health.'

This is a huge step forward for our campaign—and a real sign that your work is paying off. Instead of letting the State Department, sullied by it’s cozy relationship with Big Oil, issue a decision on the pipeline, President Obama is clearly stating that he will make the final call, and that the environment and public health will help guide his decision. But this doesn't mean the fight is over. We've firmly put Keystone XL right on the president's desk. Now, we need to make sure President Obama makes the right call.

Click here to send a message directly to President Obama thanking him for taking ownership of this decision and pushing him to make the right call and stop the Keystone XL pipeline.

We'll be taking that message directly to Washington, D.C. on Sunday, Nov. 6, when thousands will gather at 1600 Pennsylvania Ave. to completely surround the White House. Together, we can show President Obama he's got the support he needs to stand up to Big Oil and say no to Keystone XL. Of course, if you can join us, now is most definitely the time to join in and RSVP for the action on Nov. 6.

Sometimes, after months and years of hard work, you get a signal that the tide is turning. The fact that President Obama is stepping up to own the decision on the pipeline is just such a signal, and our pressure campaign is breaking through. This wouldn't be possible without everybody in this movement, from Nebraska ranchers and indigenous peoples that started this fight, to the partners who have been ramping up this campaign, to the 1,253 of you who were arrested at the White House this August, to the hundreds of thousands of people who have sent in messages and photos and petitions from around the world. I couldn't be more grateful to be working with such an incredible group of allies.

We can't stop now—send a message to President Obama and look out for more updates in the coming days.

P.S. If you know people that have been sitting on the sidelines during this fight, people who felt that the cause was hopeless, or don’t like being political, share the news with them on Facebook and Twitter.