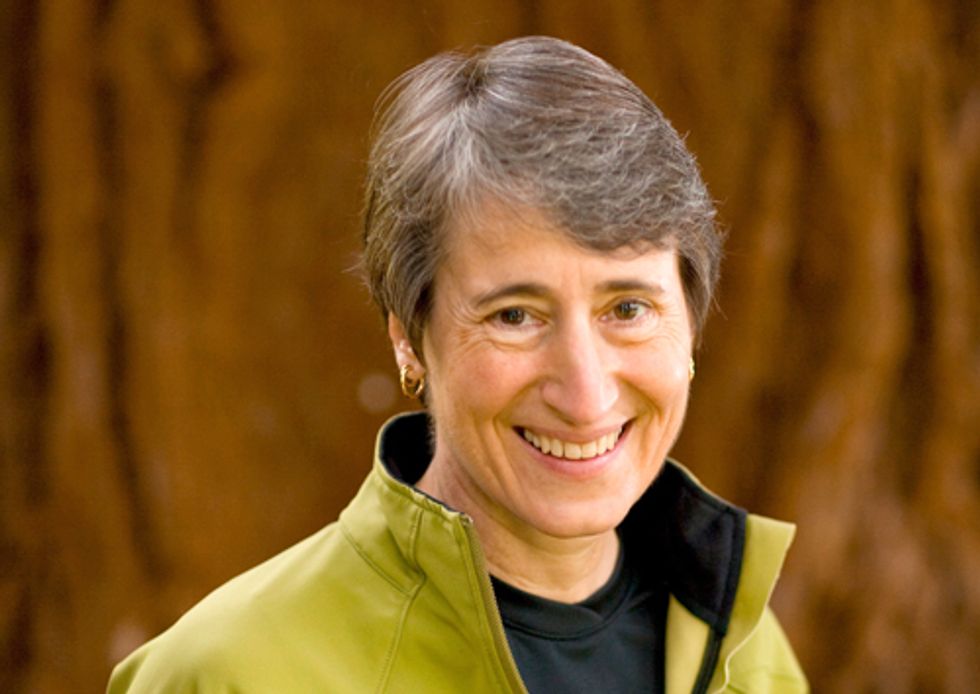 Today, President Obama nominated REI CEO Sally Jewell to be the next Secretary of the Interior.

“Sally Jewell has the mind of an engineer, the heart of an environmentalist and the know-how of a businesswoman. It’s not surprising President Obama would turn to such a talented woman to balance the responsible use of America’s public lands, the protection of these resources and the wildlife that depend on them," said Natural Resources Defense Council President Frances Beinecke.

“Jewell’s unique experience and her love of America’s outdoors will be invaluable to the stewardship of the waters, lands and wildlife we’ve been entrusted to protect for our children,” continued Beinecke.

Born in England, Jewell moved to the U.S. at the age of four. Jewell worked for Mobil oil company before spending 20 years working in banking. In 1996, she joined the board of REI and in 2000 was named COO. In 2005, she became CEO.

"In Jewell, President Obama chose a leader with a demonstrated commitment to preserving the higher purposes public lands hold for all Americans—recreation, adventure and enjoyment. We look forward to working closely with her to preserve more of those benefits and more of our natural heritage by designating new national monuments, protecting America’s Arctic from risky drilling, and keeping dirty and dangerous fracking out of our public lands," said Sierra Club Executive Director Michael Brune.

Jewell helped found the Mountains to Sound Greenway Trust. In 2009, Sally Jewell received the National Audubon Society’s prestigious Rachel Carson Award for her leadership in and dedication to conservation.

“Sally Jewell is a strong choice as the next Secretary of the Interior given her passion for the great outdoors and the values that have driven her work as a volunteer and a philanthropist. She has a track record of success working towards conservation," said Executive Director of Environment America Margie Alt.

“We are pleased with the Administration’s pick and look forward to working with Sally Jewell. Her professional and personal commitment to conservation will be invaluable to running DOI. She understands from experience the role a healthy environment and public lands in particular play in our economy. Jewell has an important role in implementing the President’s commitment to addressing climate change both in terms of adaptation and transitioning to clean energy," said Earthjustice President Trip Van Noppen.