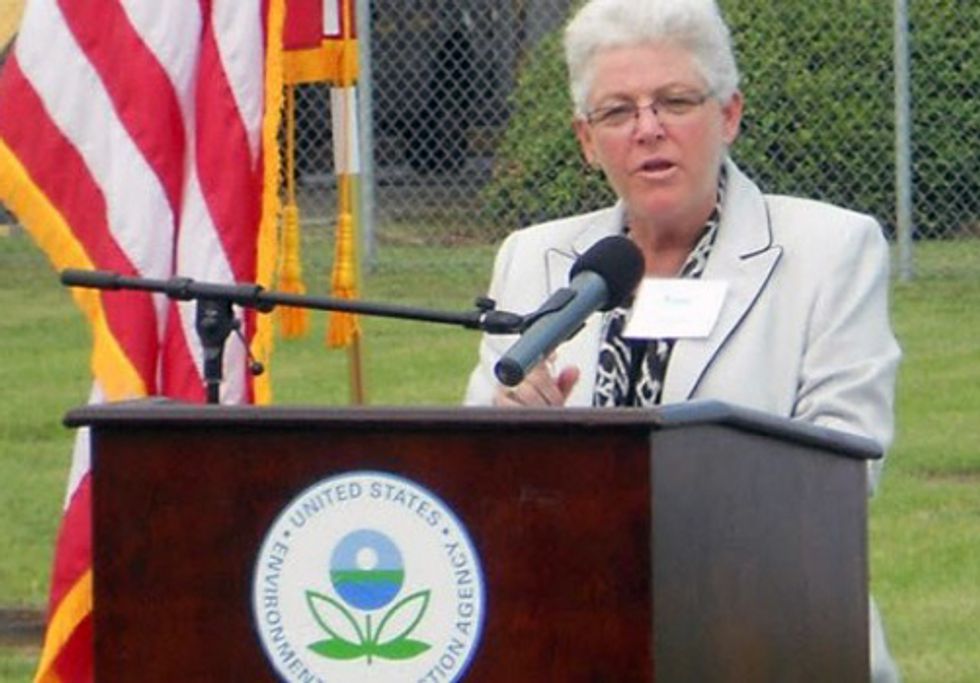 President Obama has announced he is nominating Gina McCarthy to lead the U.S. Environmental Protection Agency (EPA). McCarthy’s track record of standing up for clean air, climate action and public health shows that we can count on her to protect our environment and communities.

The U.S. EPA provides a critical service for all Americans: it stands between our families and dangerous pollution. It issues the safeguards that require polluters to clean up their act and make our air safer to breathe, our water cleaner to drink, and our rivers and lakes healthier for swimming and fishing. In just the past few years, the EPA has issued the first-ever national limits on the mercury pollution—a potent neurotoxin—from power plants and shaped clean car standards that will make cars go twice as far on a tank of gasoline.

The agency still has much work to do, from restoring protections for our vital waterways to reducing our exposure to toxic chemicals. A strong leader at the helm of the EPA can move forward and make our communities healthier and more vibrant. McCarthy is poised to provide that kind of leadership.

During her time in Connecticut, she helped launch the Regional Greenhouse Gas Initiative to curb carbon pollution from power plants in nine northeastern states. In its first three years, RGGI brought $1.6 billion in economic benefits to the region, reduced climate change pollution by six percent, saved consumers more than $1.3 billion in energy costs, and created 16,000 job-years.

“If you take a look at what's recently happened with Regional Greenhouse Gas Initiative,” McCarthy recently said. “You will realize that there are tremendous opportunities to address climate change in ways that build the economy, that grow jobs, that you can articulate that make sense to every individual who works in those communities.”

McCarthy brought that awareness to the EPA. She helped follow Supreme Court rulings by proposing limits on carbon pollution from new power plants. Ordinary Americans welcomed this effort to confront climate change and the threat it poses to our homes and businesses: the EPA received three million comments in favor of the carbon standards—the most the agency has ever gotten on any topic in its history.

Congress charged the EPA with the duty of listening to the best science and reducing dangerous pollution. We can rely on McCarthy to honor that duty.