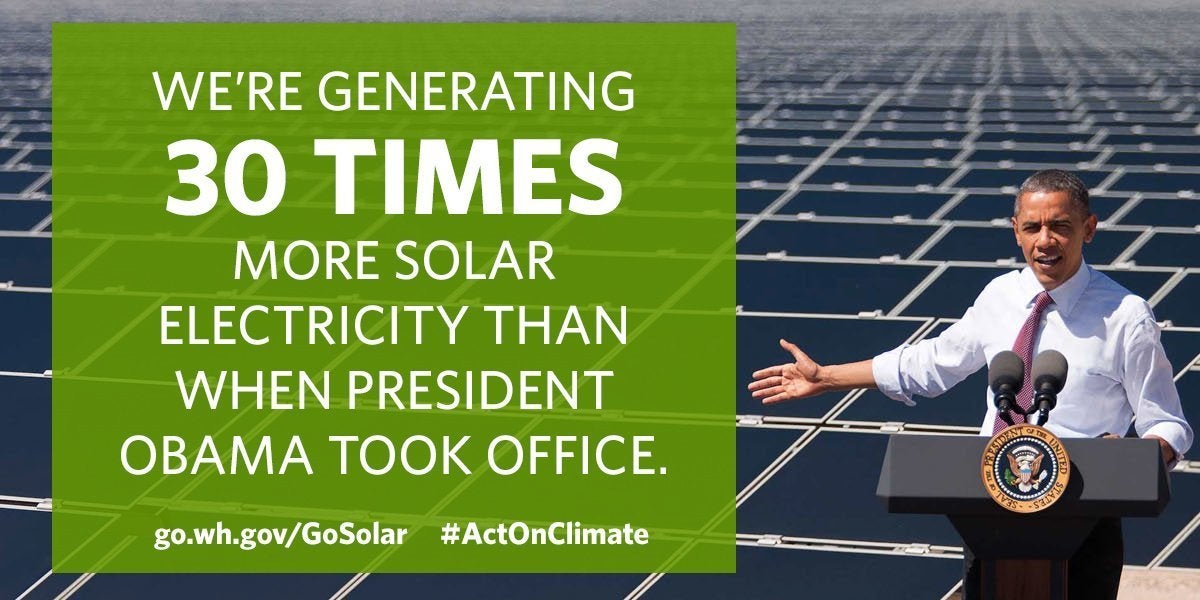 The White House announced a truly groundbreaking initiative Tuesday called the Clean Energy Savings for All Americans. This program aims to increase access to solar energy across communities of all income levels and geographies, so that no matter where you live, if you have a sunny roof, you have the chance to go solar. And the administration did so by providing a bevy of options that move renewables and solar forward significantly.

The array of initiative components culminates in a goal of providing one gigawatt of solar for low to middle-income households by 2020. And chief among the announcements is the issuance of new guidance for property-assessed clean energy (PACE) financing that will allow mortgage insurance to now be issued by the Federal Housing Administration and the Veterans Administration, rather than through the Federal National Mortgage Association and the Federal Home Loan Mortgage Association, which ran into roadblocks with PACE loans six years ago.

Cutting through the alphabet soup of federal agencies, the bottom line is that more Americans will now be able to choose solar and private industry can seize the opportunity to build more solar systems.

“Solar panels are no longer for wealthy folks who live where the sun shines every day, they’re already a reality for Americans in communities all across the country. Today we’re offering even more families and communities the chance to choose cleaner sources of energy,” the Obama Administration said about the initiative.

One of the greatest parts about the PACE plan is that it leverages the flexibilities of the executive branch in ways that are seldom seen in Washington stovepipes. The initiative cuts red tape with the result that roughly 200,000 homes could choose to lower their electricity bills through solar over the next four years.

The Solar Energy Industries Association applauds the president for taking these measures, which mirror the solar industry’s commitment to expand solar access to everyone, regardless of their income or where they live. These policies empower veterans and lower income households to cut power bills while putting more Americans back to work with good-paying jobs, installing solar panels from Los Angeles to Boston.

This is how it should be. This year, solar reached 1 million installations in the U.S., crossed over the threshold of providing 1 percent of American electricity and provided more new power capacity than all other energy sources combined in the first quarter, and we’re just getting warmed up. It’s time for all Americans to have a ticket to the solar revolution, celebrating American innovation and smart federal policy.