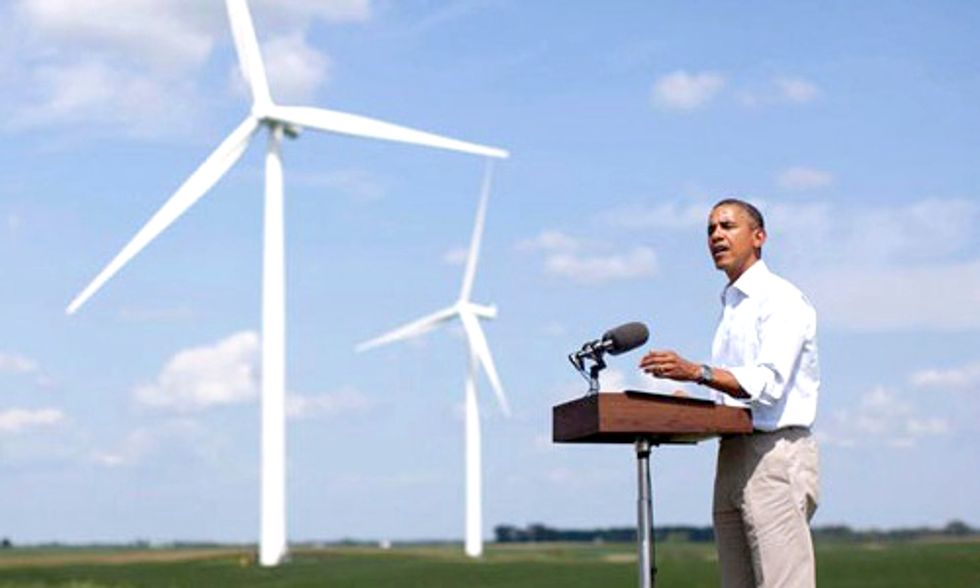 The president issued a memorandum today ordering a boost in solar, wind and other technologies to 20 percent by 2020.

"In order to create a clean energy economy that will increase our nation's prosperity, promote energy security, combat climate change, protect the interests of taxpayers, and safeguard the health of our environment, the federal government must lead by example," the memorandum reads.

Obama laid out the route to 20 percent usage like this:

The seven-page document also calls for updates to building performances and energy management practices through the use of the Green Button data access system and the U.S. Environmental Protection Agency's (EPA) Energy Star Portfolio Manager.

Obama said federal agencies are already on their way to meeting sustainability standards he set in 2009, but the new target will inspire more clean energy "to the extent economically feasible and technically practicable." He said those agencies have reduced their annual greenhouse gas emissions by more than 15 percent for a total of 7.8 million metric tons. That figure is equivalent to taking 1.5 million cars from the road.

"From an environmental perspective, few things threaten our nation’s future prosperity and way of life more than climate change," SEIA President and CEO Rhone Resch said. "That’s why it’s so important for the federal government to lead by example.

"We applaud President Obama for standing firm and following through on a key commitment he made as part of his Climate Action Plan."

SEIA hopes this is a sign that legislators will work to level the playing field for renewables and fossil fuels.

"Moving forward, we also encourage the Administration to develop a modern procurement process that allows solar to compete evenly with fossil fuels," Resch said. "Federal agencies should have the authority to adopt long-term power purchase agreements in order to maximize savings for U.S. taxpayers.

"Today’s outdated system discourages the same power purchases for federal facilities that successful companies like Walmart, Costco and Apple use to save money by going solar.”