Obama: Climate Change Remains Priority No Matter How Many Deniers in Congress 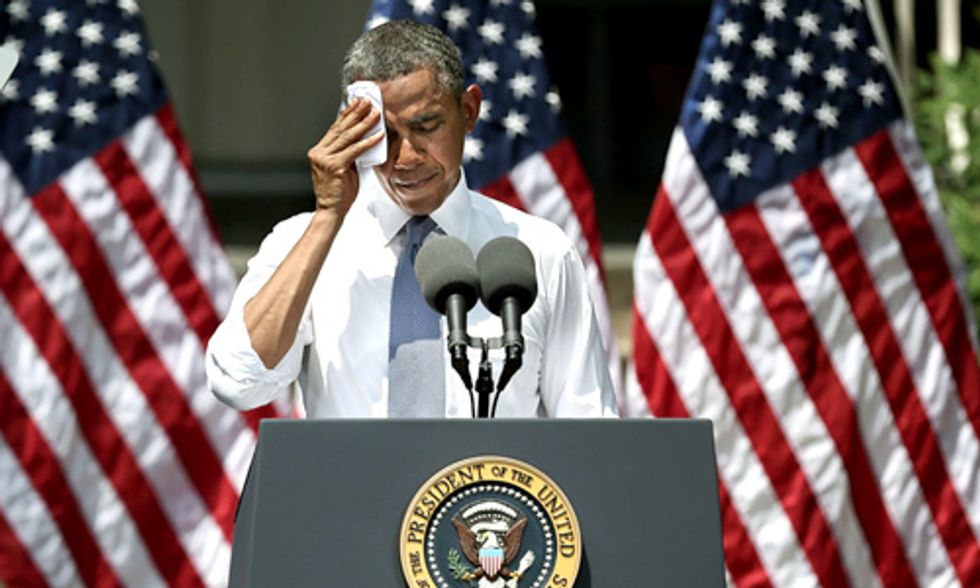 With the Senate now under Republican control and the number of climate deniers in Congress increased, President Obama's press secretary Josh Earnest reiterated that the President remained committed to moving forward on climate change. Earnest told reporters that Obama will use his executive powers to decrease greenhouse gas emissions that causes climate change, The Hill reported.

President Obama giving a speech about climate change at Georgetown University on June 23, 2013.

“There are too many Republicans in Congress who even deny the basic scientific fact that climate change is occurring and something that policymakers should be concerned about,” said Earnest. “So the president will use his executive action to take some additional steps.”

Given the number of congressional campaigns heavily funded by fossil fuel interests, that path will be more difficult and sparks will fly. Republicans have already indicated that pushing through the Keystone XL pipeline, limiting the power of the U.S. Environmental Protection Agency (EPA) to act on greenhouse gas emissions and giving the green-light to more fossil fuel development, including fracking, are at the top of their to-do list—a list undoubtedly provided by their donors who funded their successful campaigns.

Last June, the president announced new carbon caps for power-generating plants that would encourage the phasing out of coal and expanding such clean energy technologies as wind and solar.

Earnest added that Obama also wants to set a course for addressing climate change in the future as it becomes more urgent.

“He's also going to continue to talk about this issue in a way that lays the groundwork for action by future presidents and future Congresses,” said Earnest.