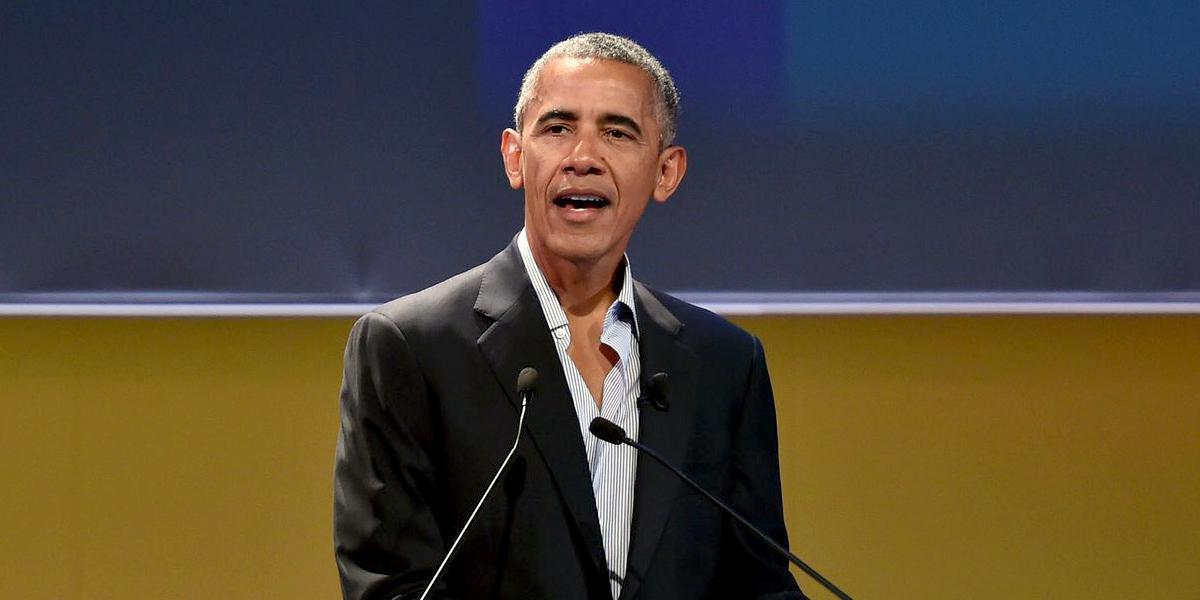 In one of his first public appearances since leaving office, President Barack Obama said he was “confident” the U.S. will move in the correct direction on climate change, even absent action from the Trump administration.

“The good news is, in part because of what we did over the last eight years, the private sector has already made a determination that the future is in clean energy,” Obama told the audience at the Seeds&Chips Global Food Innovation Summit in Milan, Italy. “Investments are moving into clean energy.”

During his keynote speech and following Q&A with chef and food activist Sam Kass, Obama also addressed the impacts of agriculture and meat production on the climate, saying that increasing meat consumption in developing countries “offers a huge opportunity for entrepreneurs, businesses, scientists and thought leaders to make progress in an area where we have not made as much progress.”

He later added: “If you want to make progress in food, you have to take into account the farmers themselves. Of course, much of agriculture is dominated by big business, but small and medium-sized farms need to be involved in change, as well. These farmers feel that they are always just a step away from losing their farms. If you put an environmental political agenda over these farmers’ economic prosperity, they will resist changing how they grow crops.”

Watch here as Obama discusses how climate change is leading to food shortages around the world: