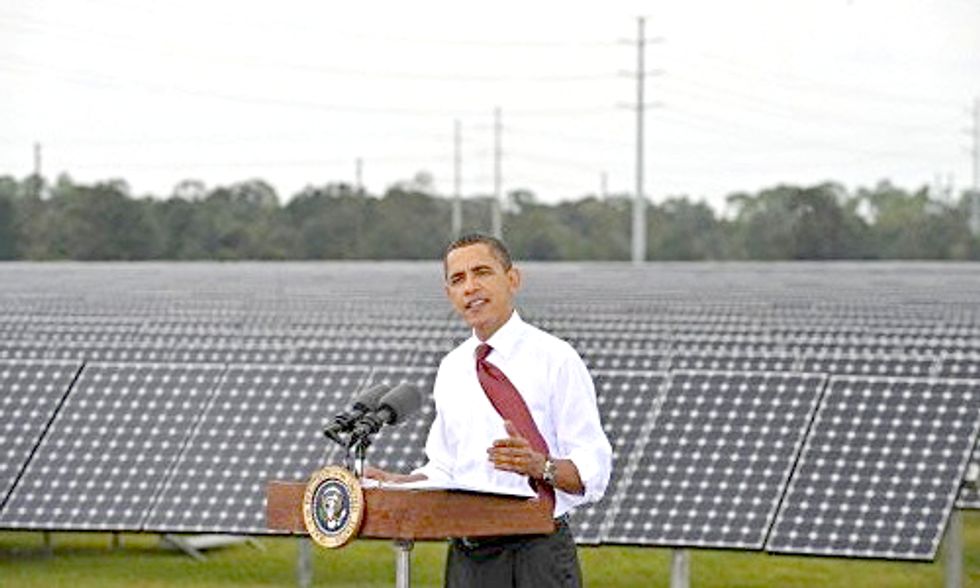 President Barack Obama believes it's past time for a review of the nation's energy infrastructure, so he has scheduled one to take place every four years.

Policy and technology officials at the White House will join federal agencies, including the Energy, Interior and Agriculture departments, to comprise a panel for Obama's Quadrennial Energy Review (QER), The Associated Press reported. The U.S. Treasury, Pentagon, business groups, local governments and academics will also participate.

President Barack Obama announced that the nation will undergo a review of the energy infrastructure every four years. Photo credit: Phys.org

"The QER will provide an integrated view of, and recommendations for, federal energy policy in the context of economic, environmental, occupational, security, and health and safety priorities," according a statement from the White House.

"[The QER will] review the adequacy of existing executive and legislative activities and recommend additional executive and legislative actions as appropriate; assess and recommend priorities for research, development, and demonstration programs to support key goals; and identify analytical tools and data needed to support further policy development and implementation."

Domestic oil production has more than doubled since Obama took office, and natural gas production is higher than it has ever been, according to the White House. At the same time, investments in research, development, and deployment have more than doubled the amount of renewable energy the nation generates from wind and solar sources.

Leaders from the two chief agencies representing solar and wind energy want to see more and believe the QER will help.

“[Solar Energy Industries Association] applauds President Obama for launching a bold, comprehensive effort to coordinate America’s energy goals, and we look forward to working with the Administration to create a robust plan aimed at effectively utilizing America’s energy resources," SEIA President and CEO Rhone Resch said. "As the fastest growing energy source in the U.S. today, as well as our nation's most abundant energy resource, solar—both centralized and distributed—will influence the structure of our grid, while combating climate change, enhancing emergency preparedness, creating new jobs and boosting our economy.”

The effort to get federal agencies on the same page is modeled after a similar initiative from the U.S. Department of Defense, according to The Hill. The first report is due in January of 2015.

Last month, Obama called for the government to triple its use of renewable energy in the next seven years. Days later, a coalition of about 230 businesses, nonprofits and politicians called on the president to harness the nation's offshore wind potential.

"So much has changed in the last four years including an over 40-percent drop in the cost of wind energy that it is time to review the nation's energy strategy and find ways to make the nation's considerable clean, affordable, and homegrown energy available to all Americans," said Rob Gramlich, senior vice president for public policy of the American Wind Energy Association.