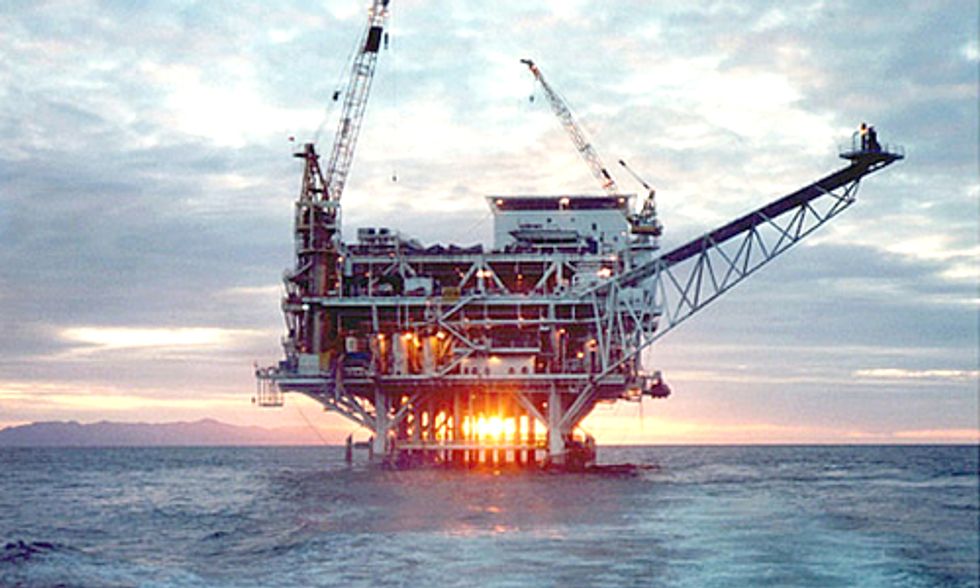 If President Barack Obama's historic carbon emissions rules made you forget about his "all of the above" energy policy, well, it shouldn't have.

While the president recognized that coal-fired power plants are responsible for about 40 percent of the country’s emissions, he didn't denounce oil and gas. His federal Interior Department on Friday gave us all a reminder of that when it announced its first step in selling offshore oil and gas leases that would allow companies to explore the nation's waters for energy sources.

Perhaps anticipating pushback, Secretary of the Interior Sally Jewell and Acting Director of the Bureau of Ocean Energy Management Walter Cruickshank stated early that Friday's announcement was only the first step toward a lease auction. It was simply a "Request for Information and Comments on the Preparation of the 2017-2022 Outer Continental Shelf Oil and Gas Leasing Program."

The Administration on Friday announced the first step to a round of offshore drilling leases. Photo credit: Wikipedia Commons

Still, the thought of offshore drilling upset many environmental groups.

“Our beaches and coastal wildlife, like seabirds, dolphins and turtles are too precious to be threatened by oil spills,” said Anna Aurilio, director of the Washington D.C. office of Environment America. “President Obama should not open new areas to drilling. Instead, he should be protecting all our coasts from the kinds of environmental and economic devastation the 2010 BP oil spill brought to the Gulf of Mexico.”

The Request for Information begins a 45-day comment period.

“The development of the next five-year program will be a thorough and open process that incorporates stakeholder input and uses the best available science to develop a proposed offshore oil and gas program that creates jobs and safely and responsibly meets the energy needs of the nation,” Jewell said in a government statement. “Today marks the first step of engaging interested parties across the spectrum to balance the various uses and values inherent in managing the resources of federal offshore waters that belong to all Americans and future generations.”

Oceana campaign director Claire Douglass says that sounds like a way to exacerbate climate change more than anything else.

"We must transition to clean energy and stop expanding on the dirty practices that have fueled the current climate crisis," she told The Hill.