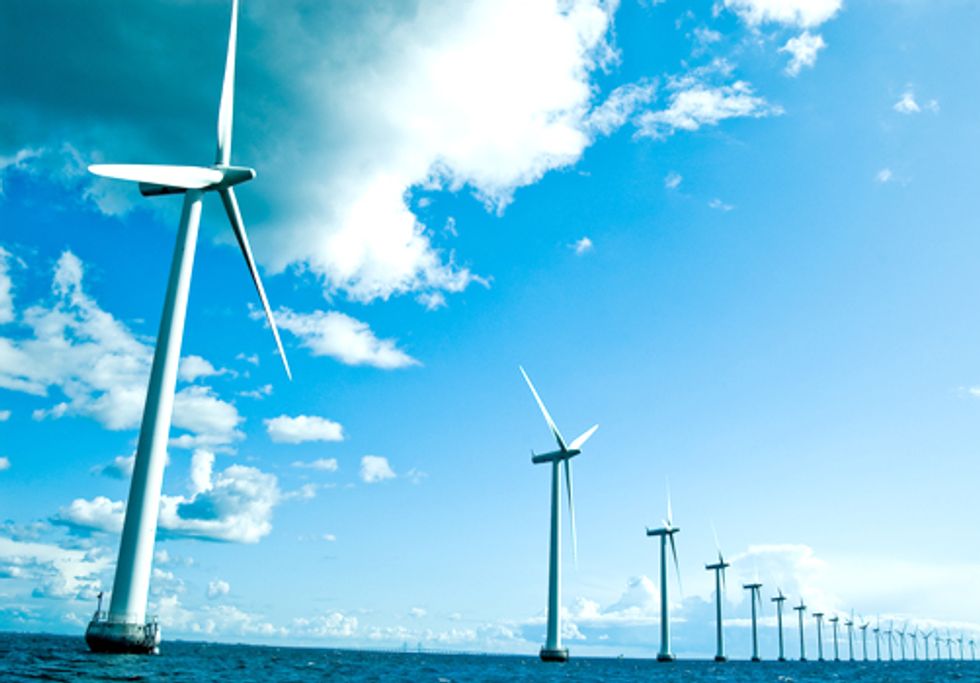 Today the Obama Administration’s Department of Energy announced investments in seven offshore wind projects in the Northwest, Midwest, Gulf and East Coast. Initially, each project will receive up to $4 million, and three projects could receive as much as $47 million each over four years.

Wind energy in the U.S. has seen incredible growth under the Obama administration. Wind power has doubled over the past four years employing more than 75,000 Americans, and the industry hit a historic milestone this summer when it reached 50 GW of installed wind capacity in the U.S. Offshore wind could provide more than 4,000 GW of clean, domestic electricity and a U.S. offshore wind industry could support up to 200,000 jobs across the country by 2030.

However, this momentum would stall in its tracks if Congress does not renew the wind industry Production Tax Credit (PTC) and offshore Investment Tax Credit (ITC) before the end of the year. The Senate Finance Committee has already put forward a strong extension plan, but the bill is stalled in the House. These credits would allow the wind industry to continue its strong growth, providing jobs and clean energy to Americans across the country. Further, the offshore industry needs stable long term federal incentives that would move offshore wind from merely having great potential to producing thousands of clean megawatts for American families.

“The Sierra Club applauds the Department of Energy for these pivotal investments in key offshore wind projects. Offshore wind is one of our greatest untapped resources for clean energy as a country, and these investments will allow innovative companies to continue their groundbreaking work in developing wind projects off America’s shores," said Michael Brune, executive director of the Sierra Club.

“With the fate of the wind industry Production Tax Credit still in limbo, however, the continued success of the wind industry is in jeopardy. Congress must extend the PTC, with an ITC option for offshore developers, to ensure that these and dozens of other companies across the country continue their historic growth. A strong and successful wind industry will not only provide good-paying American jobs, but also ensures a long-lasting source of clean energy that doesn’t pollute our air and water.”