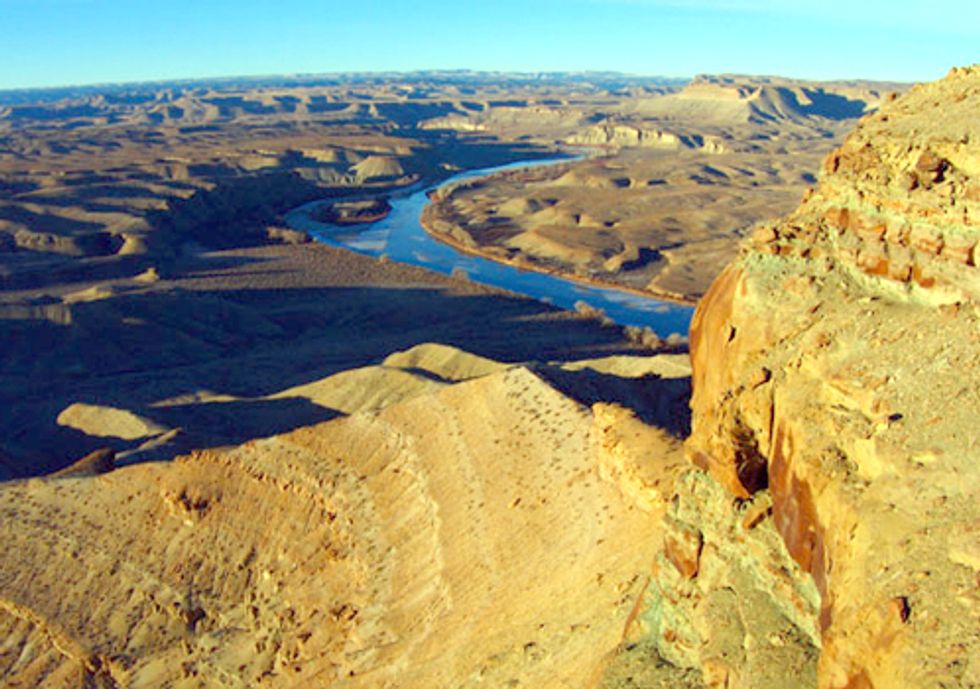 The Obama administration’s decision on March 16 authorizing nearly 1,300 new natural gas wells in Utah’s Desolation Canyon wilderness and other remote areas will degrade the pristine region’s air quality and hurt the state’s tourism industry, according to a coalition of environmental groups.

In approving the so-called Gasco development project, the Department of the Interior also rejected calls by the U.S. Environmental Protection Agency (EPA) and tens of thousands of citizens from across the country to approve an alternative to Gasco’s proposal. This alternative would have allowed for significant development while protecting the department’s plan to designate Desolation Canyon as wilderness and reducing the overall footprint and impact of the project.

“Secretary Salazar is making the wrong decision to approve the Gasco project in a way that creates irreversible risks to Desolation Canyon,” said Peter Metcalf CEO/president of Black Diamond, Inc. “This decision is particularly disappointing in light of the fact that conservationists, and the EPA (with support of the leading companies in the American outdoor industry) endorsed an alternative drilling plan that protected the sanctity of the Desolation Canyon proposed wilderness, while allowing for robust drilling to occur on a huge parcel abutted to the proposed wilderness area. It is truly tragic that the BLM can't show some small degree of balance.”

The Desolation Canyon proposed wilderness is the largest unprotected roadless complex in the lower 48 states. Centered around the Desolation Canyon stretch of the Green River, the area’s spectacular solitude and endless vistas are awe-inspiring. But now this remarkable place is once again in the crosshairs for destruction.

“It’s bewildering that Secretary Salazar—who has been such a strong advocate of conserving America’s great outdoors—would allow turning Desolation Canyon into an industrial wasteland,’’ said Sharon Buccino, director of NRDC’s Land and Wildlife program. “Desolation Canyon has some of the most stunning wilderness vistas found anywhere. It is no wonder that EPA gave this proposal its worst environmental rating possible.”

The administration analyzed two alternatives to the company’s proposed action, both of which would have barred drilling in the Desolation Canyon proposed wilderness and while affording greater protections for the Green River and Nine Mile Canyon badlands. But the administration ended up supporting the company’s plans to drill in all these sensitive places.

This approval comes at a time when natural gas prices are at near-record lows due to an abundance of gas supplies, and companies are idling drilling rigs in developed fields in the Uinta Basin.

“Desolation Canyon and Nine Mile Canyon along the Green River are some of the wildest places left in Utah, and they should be protected from drilling,” said Nada Culver, director and senior counsel of The Wilderness Society’s BLM Action Center. “There are more than 1,000 approved BLM drilling permits going unused by oil and gas companies in Utah alone. We should take the most responsible approach to developing this area in order to preserve the spectacular wilderness-quality lands, the rare and extraordinary rock art, and the threatened plant and wildlife species in Desolation Canyon.”

The BLM itself has described Desolation Canyon as “…one of the largest blocks of roadless BLM public lands within the continental U.S. This is a place where a visitor can experience true solitude—where the forces of nature continue to shape the colorful, rugged landscape.”

Eastern Utah has experienced several years of record high winter-time ozone levels that is largely linked to oil and gas development. According to Gasco’s own data, this project will add to those unsafe pollution levels.

“Secretary Salazar’s approval of the controversial Gasco project stands in stark contrast to the agreements worked out over the past few years between industry, the Interior Department, and conservation groups over several natural gas projects in eastern Utah,” said Stephen Bloch, an attorney for the Southern Utah Wilderness Alliance. “There is a proven, better way to bring parties together and produce a win-win solution. It is inexplicable why the Secretary is turning his back on this approach.”

“The Desolation Canyon region is one of the most iconic landscapes of wildness that Utah is known for," said Tim Wagner of the Sierra Club. “People from all over the world come to Desolation every year for the many outdoor experiences. To permanently mar this area over 200 new natural gas wells is a serious error in land management decision-making.”