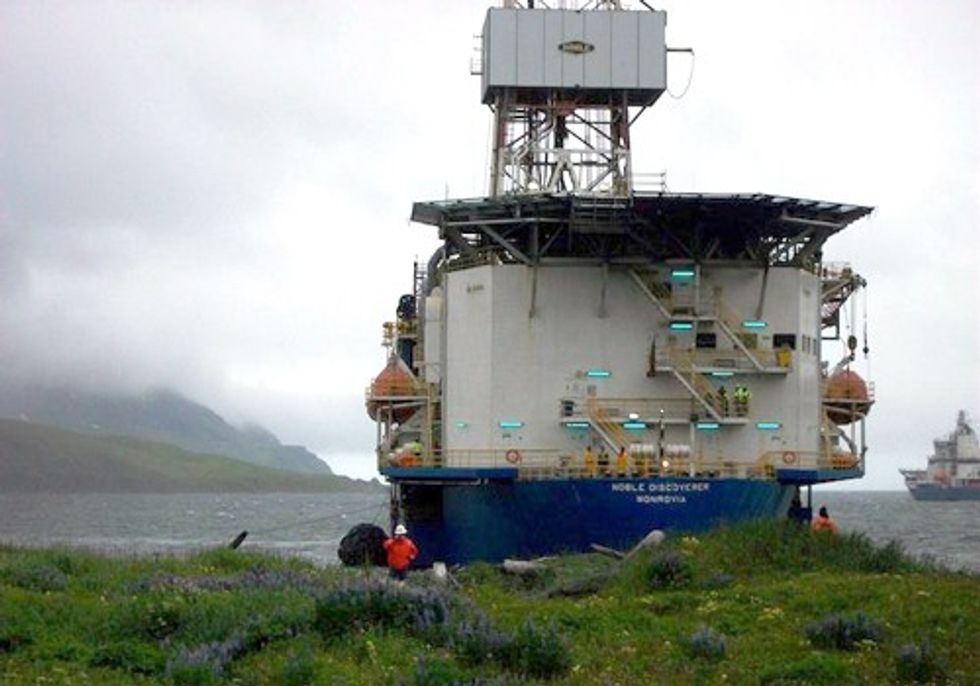 The Obama administration yesterday gave Shell Oil the initial approval to begin controversial and dangerous oil drilling in the Arctic Ocean off Alaska, despite the fact that a critical oil-spill containment vessel is still awaiting certification in Bellingham, Wash. Until now, the Arctic Ocean has largely been off limits to offshore drilling. Shell Oil is expected to begin the initial phases of exploratory drilling in the Chukchi Sea as soon as it can get its drillship in place, in the heart of habitat critical to the survival of polar bears.

“By opening the Arctic to offshore oil drilling, President Obama has made a monumental mistake that puts human life, wildlife and the environment in terrible danger. The harsh and frozen conditions of the Arctic make drilling risky, and an oil spill would be impossible to clean up,” said Rebecca Noblin, Alaska director at the Center for Biological Diversity. “Scariest of all, the Obama administration is allowing Shell to go forward without even having the promised oil-spill containment equipment in place.”

Since 2007, the Center and its allies have successfully protected the Arctic Ocean from Shell's exploratory drilling plans. So far in 2012, a series of blunders and broken promises has prevented Shell from moving forward with its aggressive drilling plans. Last month the company announced that it could not comply with its air-pollution permits and asked the U.S. EPA to waive Clean Air Act requirements. Days later its drillship Noble Discoverer slipped its moorings in Dutch Harbor, Alaska, and drifted dangerously close to shore. Right now, Shell’s oil-spill containment vessel, which was supposed to be onsite for any drilling, is still stuck in Washington state.

“While opposition to Shell’s drilling plans has resulted in significant safety improvements, Arctic drilling can never really be safe. The president is putting America’s natural heritage on the line just to add to Shell’s bottom line,” Noblin said. “Make no mistake: Once we’ve ruined the Arctic for wildlife, we’ll never get it back. The unique animals that evolved over millions of years to survive in this frozen wilderness—and nowhere else—will be condemned to extinction.”

More than 1 million people have sent President Obama messages asking him to save the Arctic from drilling. The Center for Biological Diversity, staunchly opposed to offshore drilling, will continue working to protect the Arctic Ocean’s sensitive wildlife.

“Pursuing fossil fuels in the remote Arctic will destroy the life there, even as it speeds up the climate change that’s already destroying the polar bears’ home and poses enormous risks to people, too,” Noblin said.