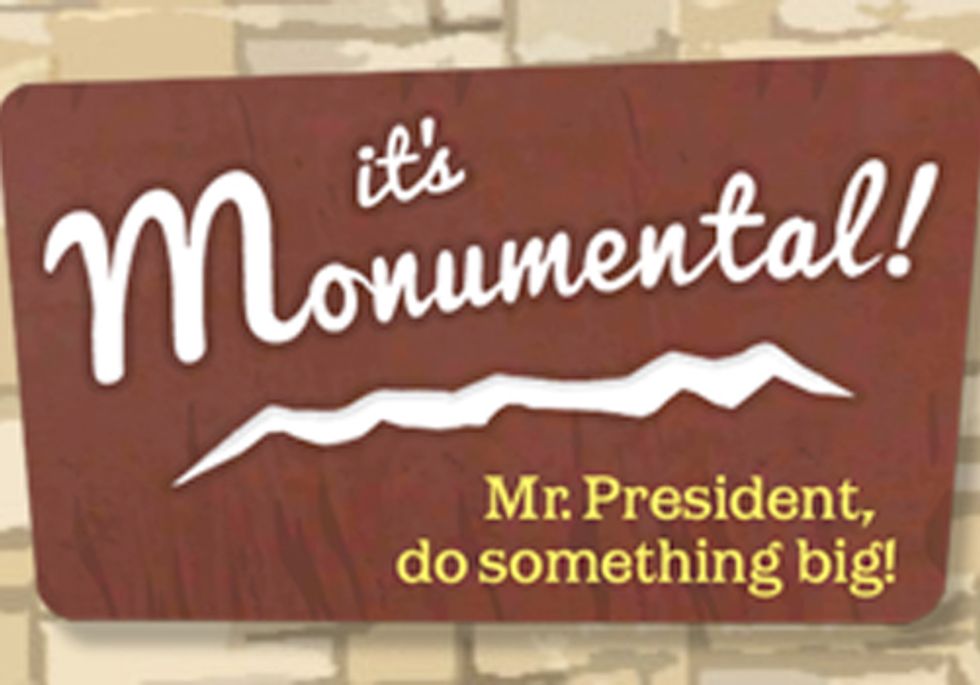 Eight-hundred volunteers from President Barack Obama’s 2008 campaign in key swing states have signed on to a letter calling on President Obama to protect five well-known cultural and natural treasures in N.M., Colo. and Nevada as national monuments.

“This is an opportunity to connect our great president with great places in our states; and declaring these places National Monuments would bring huge economic opportunities for tourism to local communities. President Obama has that power, and we need him to use it,” said former volunteer Nicklos Jaramillo­, the Taos County commissioner from Taos, N.M.

“I love President Obama, and I think he can be the kind of president that will think big about opportunities to protect our nation’s heritage. Preserving Tule Springs and other national wonders is just the kind of big thinking I am hoping for,” said Erin Bilbray-Kohn, Democratic National Committee member for Nevada. “Generations of American families could enjoy these outdoor areas if he acts to protect these places, which matter to our communities and economies.”

Speaking on behalf of the Colorado treasures, State Representative and 2008 campaign donor Dickey Lee Hullinghorst said, “Coloradans value these areas as economic drivers for the region, but these areas are also sacred areas to explore nature and archaeology that we need to preserve for future generations. In Colorado, more than 107,000 jobs depend on public lands. Working with local communities and Congress, the president can ensure the permanent protection of our heritage.”

Monumental West is a project of ProgressNow affiliates in Nevada, Colorado and New Mexico.