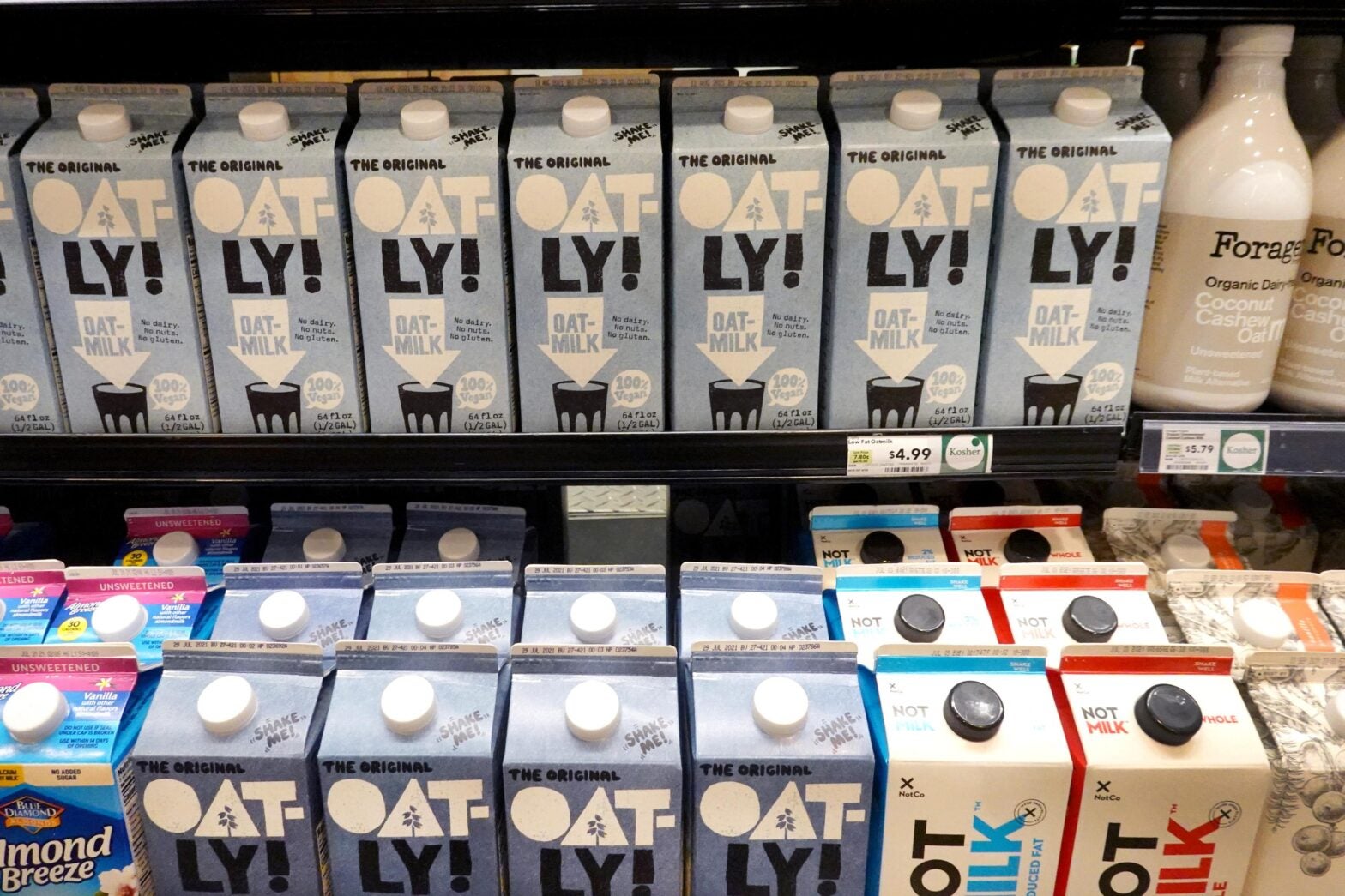 Oatly shares opened its first day of trading on Thursday at $22.12 — a 30% jump from the $17 set for the initial public offering (IPO) — giving the company a stock market valuation of $13 billion. The Swedish vegan food and drink make raised a total of $1.4 billion (€1.2 billion) from the listing, as it sold over 84 million American depositary shares at $17 (€14) a piece, the top of its marketed range.

The IPO highlights growing investor interest in plant-based products, as more and more restaurants and food retailers respond to a demand for sustainable alternatives to dairy products.

Founded in 1994 by brothers Rickard and Bjorn Oste, today Oatly sells dairy alternatives in over 20 markets across Europe, the US and China. The company uses a technology developed at Sweden’s Lund University to create oat-based milk, yogurt, and ice cream products.

Last year, Oatly raised $200 million in an investment round that attracted buy-ins from the actress Natalie Portman, American TV personality Oprah Winfrey, rapper Jay Z and former head of Starbucks Howard Schultz. At the time, the deal valued the company at $2 billion.

In March, Starbucks began offering Oatly oat milk in all of its US stores, and unveiled several new oat milk-based drinks, including the Honey Oatmilk Latte and the Brown Sugar Oatmilk Iced Shaken Espresso. Shortly after, fans were dismayed when many Starbucks ran out of the product. The temporary shortage was due to an increased demand for oat milk coinciding with supply chain difficulties caused by the pandemic, according to a report by Bloomberg.

The demand for plant-based food and drink products is being pushed by younger consumers, who take greater consideration for health, sustainability and animal welfare in their choice of food and drink. Using the tagline “It’s like milk, but for humans,” Oatly markets itself as good for animals and good for the planet.

Plant-based meat producer Beyond Meat proved itself similarly popular when it went public in 2019. Since then, its shares have risen over 300%.