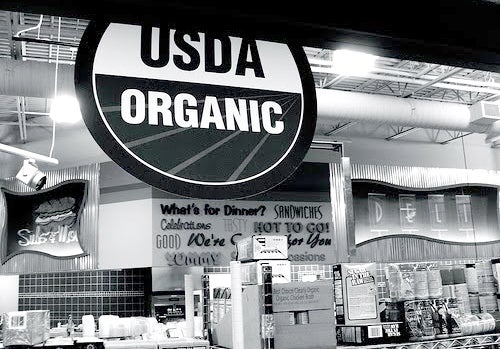 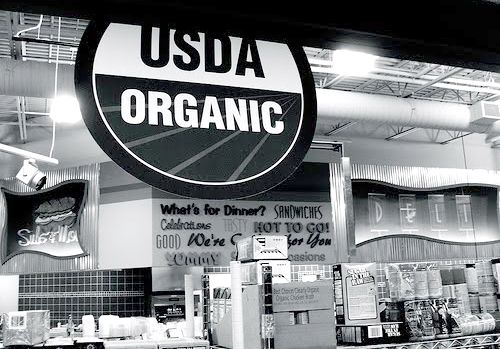 On July 8, The New York Times ran an article indicting the organic food industry and the U.S. Department of Agriculgture (USDA) for their involvement in advancing a number of standards, practices and decisions allowed under the organic label. The Times piece, “Has ‘Organic’ Been Oversized?,” written by Stephanie Strom and featuring organic food industry critic and Chief Executive Officer of Eden Foods, Michael Potter, concentrated on the outsized role large corporations have assumed economically through organic market share, and politically through the decisions of the National Organic Standards Board (NOSB).

While the article reinforces organic advocates’ ongoing call for public vigilance, there is general agreement that organic offers consumers the safest place to spend their food dollars, the best protection for the environment and those who farm, and the highest degree of public input into the standard setting process.

“The article noted the involvement of big agriculture and food companies in establishing organic standards, as well as in several controversial decisions. But that discussion only diverts public attention from the urgent need to grow organic systems of any size, as defined by the Organic Foods Production Act. The best way to protect our planet is through the exponential, rapid growth of the organic sector, and by rejecting mainstream chemical-intensive agriculture. The nation’s organic law offers a unique opportunity for small farmers and others to ensure adherence to the core values and principles of the organics statute. But it all requires public involvement.”

The focus of the Times article on processed foods and allowed substances is important, but advocates point out that it represents only a small segment of the entire scope of the Organic Foods Production Act (OFPA). An article in Mother Jones Magazine, “How the NY Times Went Too Far in Slamming Big Organic,” looks deeper into the issue and provides a more balanced assessment of the state of organic standards. The piece adds to the criticisms directed towards the USDA for appointing agriculture industry representatives to NOSB seats reserved by law for farmers and environmentalists. While raising the issue of organic integrity, it stops well short of calling organic production “mostly pure fantasy” as the Times piece does.

Grist also published a response to the Times article titled “The latest New York Times exposé won’t stop me from eating organic.” In it, author Twilight Greenaway gives credence to the charge that consumers should be concerned about the materials being approved in organic food, but also recognizes that this type of coverage could steer people away from organic certified products. Concerning the controversial issues of carrageenan and DHA she notes, “In the case of most conventional food, there is no discussion at all, let alone an intensive investigation.”

Some of the charges that the Times piece levels against the organic industry and organic regulators were recently highlighted by The Cornucopia Institute’s paper The Organic Watergate. The report provides an overview of some of the recent contentious issues and looks into the motivations behind industry representatives’ push to have questionable synthetics approved.

It is important that the USDA recognizes and addresses the criticisms of organic advocacy organizations, but consumers should not allow these controversies to overshadow the numerous benefits that come with organic certification. Certified organic production systems represent a striking contrast to conventionally produced foods in terms of both the environment and public health. OFPA was written with the intention of ensuring that organic food embodies an ecological approach to farming that does not rely on or permit toxic pesticides, chemical fertilizers, genetically modified organisms, antibiotics, sewage sludge or irradiation. All these destructive inputs are allowed in conventional farming. The end result of these practices are apparent from studies of disappearing pollinators, poisoned farmworkers, hypoxic “dead zones,” degraded soil and antibiotic resistant bacteria.

Instead of using these harmful products and practices, organic agriculture utilizes techniques such as cover cropping, crop rotation and composting to produce healthy soil, increase biodiversity, prevent pest and disease problems and grow healthy food and fiber. The standards dictate that organic farmers must maintain or improve soil organic matter content, which decreases nutrient runoff and topsoil erosion, and eases the strain on aquatic ecosystems and our water supply. Moreover, the prohibition of petroleum-based fertilizers and increased carbon sequestration in soils rich in organic matter decreases overall contributions to global climate change.

In order to understand the importance of eating organic food, we need to look at the whole picture—from the farmworkers who do the valuable work of growing food, to the waterways from which we drink, the air we breathe and the food we eat. Organic food offers a vision of a healthy future which doesn’t produce the toxic spillover effects of chemical agriculture. However, this vision cannot be realized without the input of vigilant and vocal consumers. In order to keep organic as a safe place free of harmful synthetic chemicals, we must all participate and join in its defense.

To this end, Beyond Pesticides encourages concerned citizens to become involved with the organic review process. The NOSB meets two times a year. At each meeting, the topics and materials up for discussion and review are open to public comment. The public comment process represents the best opportunity for consumers, as well as farmers and processors, to have a voice as these standards are debated and adopted by the NOSB. The fall meeting is scheduled to take place in Providence, R.I. on Oct. 15-18, 2012. The public can submit their comments online, or attend the meeting in person to voice their concerns. Individuals and organizations can also file their own petition to amend the National List of approved substances in organic production.

To read more about Beyond Pesticides’ vision for an organic future, visit our Organic food program page. For our take on recent NOSB decisions, see our page on Keeping Organic Strong.