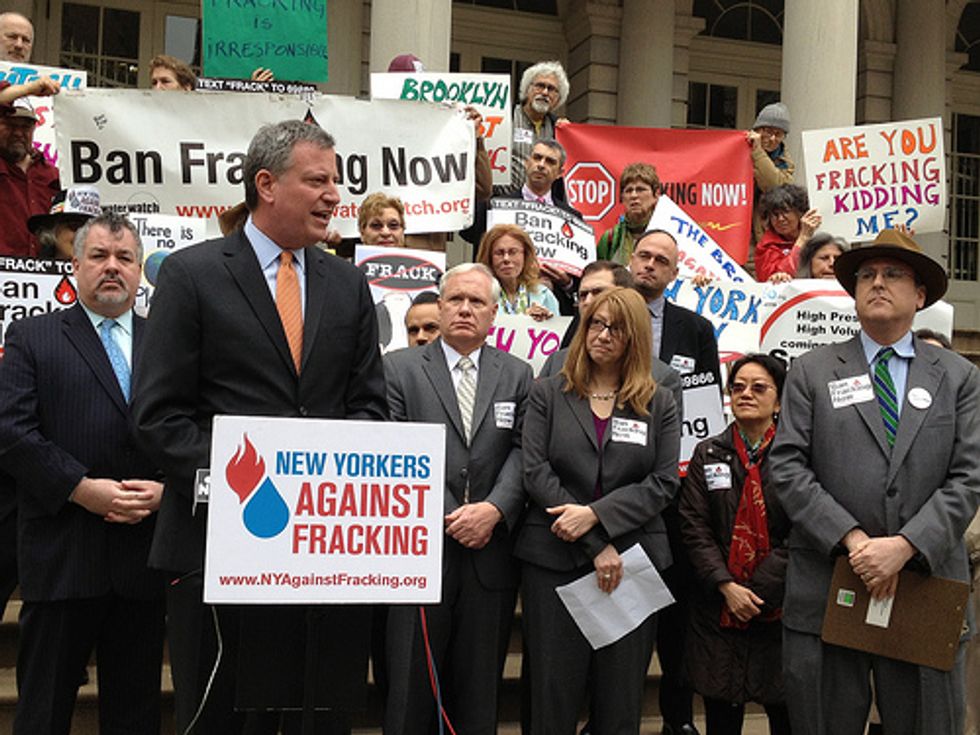 At a rally held by New Yorkers Against Fracking today, Public Advocate and NYC mayoral candidate Bill de Blasio said, "The eyes of the nation are on New York." De Blasio, who is seeking the Democratic Party nomination, called on the State Senate to support legislation passed on March 6 in the State Assembly that would put a two-year moratorium on hydrofracking in New York.

“We cannot let the oil and gas industry jam fracking into our backyard,” said de Blasio. “We have to ensure our water and environment are consistently protected—and that’s not a promise anyone can make at this stage. The State Senate needs to follow the Assembly’s lead and pass the two-year moratorium on fracking. No drill should touch the ground while so many risks and unknowns remain.”