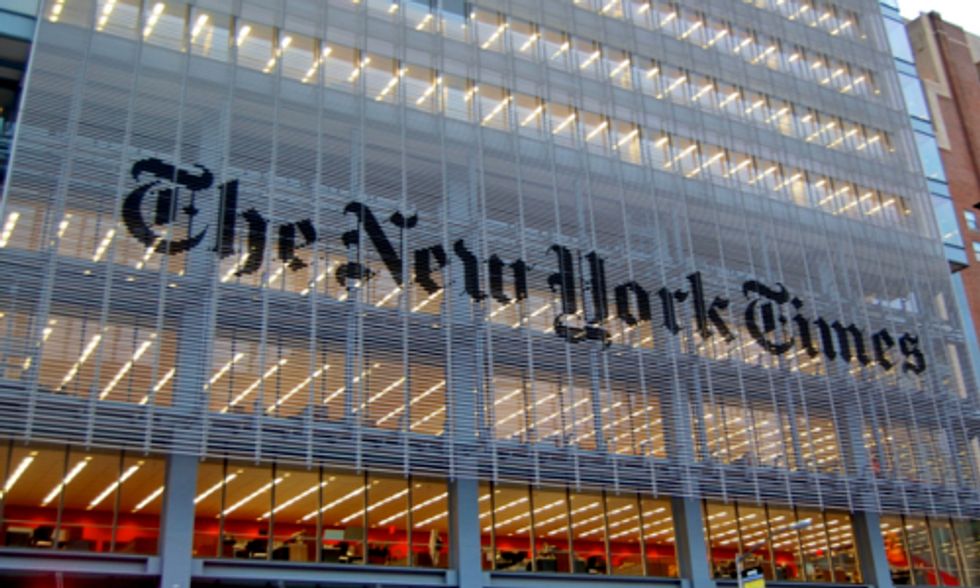 In her Nov. 23 column, New York Times Public Editor Margaret Sullivan reported that environmental coverage and investigative projects decreased significantly since the newspaper disbanded its issue-specific team in January and discontinued the Green blog in March.

This decision drew wide criticisms and concerns, which were substantiated by a corresponding drop in coverage on environmental issues, including the omission of two major climate stories in August. The decrease came despite assurances from editors that "they were not abandoning the subject—just taking it out of its silo and integrating it into many areas of coverage." Sullivan reported:

Times editors emphasized that they were not abandoning the subject—just taking it out of its silo and integrating it into many areas of coverage. The changes were made for both cost-cutting and strategic reasons, they said, and the blog did not have high readership. Readers and outside critics weren't buying it. They scoffed at the idea that less would somehow translate into not only more, but also better.

While current events may develop and influence a media outlet's news agenda, the loss of environmental coverage from the New York Times after the changes went into effect was noticeable and immediate. Specifically, climate change coverage dropped by one-third to 242 articles from April to September this year, compared to 362 articles during the same time period in 2012, Sullivan reported, citing work from the University of Colorado's Maxwell T. Boykoff.

Similarly, the New York Times only ran three front-page articles that delved into climate change between April and September, versus nine stories produced during the same time period in 2012. Sullivan highlighted that "[w]ith fewer reporters and no coordinating editor, what was missing was the number and variety of fresh angles from the previous year."

Since dissolving its environmental team, the New York Times has hired one more environmental reporter and added the beat to the existing workloads of two reporters. However, the impact of these staff changes has not yet altered significantly the quantity and quality of the publication's diminished climate change coverage.

Prior to eliminating the now-defunct Green blog, the blog served as a common space where reporters and readers tracked and discussed emerging environmental issues. Andrew Revkin, the opinion blogger for the New York Times' Dot Earth, highlighted that at the time the Green blog was discontinued, the newspaper supported nine sports blogs but no longer prioritized a reporting blog devoted to covering environmental issues:

The news side of The Times has nine sports blogs; nine spanning fashion, lifestyles, health, dining and the like; four business blogs; four technology blogs (five if you include automobiles as a technology); and a potpourri of other great efforts [...] I would like to have thought there was space for the environment in that mix, even though these issues are still often seen by journalists weaned on politics as a sidenote.