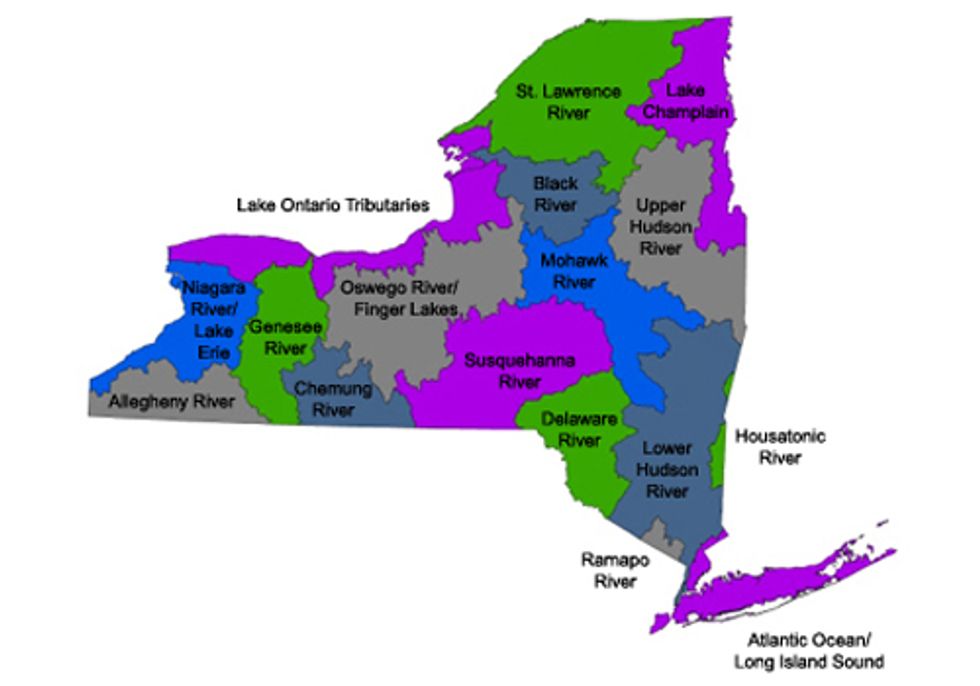 Citizens Campaign for the Environment (CCE) and Riverkeeper are applauding the NY Legislature for passing the Sewage Pollution Right to Know Act (A.10585A Sweeney / S.6268D Grisanti) on the final day of session. This act will finally give the public the right to know when raw or partially treated sewage is discharged into New York waters, allowing the public to avoid unnecessary exposure to dangerous sewage pollution. Governor Cuomo must sign the bill before it becomes law. Riverkeeper and CCE appreciate Governor Cuomo’s support to this point and will work to ensure swift signage of this important legislation.

Sewage overflows occur throughout NY. They contaminate beaches, bays, rivers, lakes and streams; and can flood streets and back up into homes or other buildings. Members of the public can often be seen recreating in areas that have recently been contaminated with sewage.

“Timely notification about sewage overflows will allow families to take precautions and avoid swimming in sewage, boating in bacteria, or fishing in filth. When it comes to harmful sewage pollution, ignorance is not bliss, it is dangerous,” said Adrienne Esposito, Executive Director for Citizens Campaign for the Environment. “We applaud Assemblyman Sweeney, Senator Grisanti and Senator Skelos for their leadership in passing this critical legislation. We now urge the Governor to sign the bill in to law.”

"This is an extraordinary story that began unfolding less than a year ago when we released our report on water quality testing in the Hudson,” said Paul Gallay, president of Riverkeeper and Hudson Riverkeeper. “Since then, 18 groups joined us in banding together to build a coalition to aggressively push forward sewage right to know legislation and we have had the support and cooperation of every party involved from the state Assembly and the Senate to the Governor’s office and wastewater treatment plant operators. All of the parties involved recognize the importance of a law that will get people out in the river safely and enjoyably.”

"After this bill becomes law the public will receive water quality notifications through the press similar to the ozone, pollen and severe weather warnings we have all come to rely on today. In a state with so many opportunities for water recreation, New Yorkers will appreciate ready access to information about the varying water quality conditions in their communities on any given day," said Tracy Brown, Riverkeeper's water quality advocate, who worked on the legislation.

"In the last three decades, we have made tremendous strides in improving water quality throughout the state, particularly with regard to the Hudson River. However, billions of gallons of untreated or partially treated sewage are still discharged into public water supplies each year. The Sewage Right to Know bill will ensure that the public is informed when and where these discharges occur on an ongoing basis. This will significantly lower the risk of exposure to harmful bacteria and toxins, allowing New Yorkers to use our rivers and lakes safely,” added Senator Mark Grisanti.

“Discharges of untreated or partially treated sewage can pose a significant health risk to people that are fishing or swimming in contaminated waterways,” said Assemblyman Bob Sweeney, chair of the Assembly Committee on Environmental Conservation. “The Sewage Pollution Right to Know Act will help ensure that New Yorkers receive notification about sewage overflows, so that they can take precautions to avoid unnecessary exposure to harmful sewage pollution.”

Similar public notification laws already exist in more than a dozen other states, including CT which passed a notification law earlier this year. New York’s Sewage Right to Know law will require public notification within four hours of a sewage discharge. Notification will happen via local news outlets and the website of the NY Department of Environmental Conservation (DEC). In addition, the DEC will produce a statewide Sewage Discharge Report each year that will report annual discharges and remedial responses taken.

The public has demonstrated overwhelming support for passage of this important legislation. Nearly 20,000 letters have been sent to elected officials and over 43,000 signatures have been collected in support of the public’s right to know when sewage overflows contaminate New York’s waterways and communities.

Background on Sewage in our Waters

New York is the only state with ocean, estuarine and Great Lakes coastlines. Our beautiful waters are a major contributor to our local economies.

Human exposure to disease-causing pathogens contained in even small amounts of raw sewage can lead to short-term and chronic illnesses, especially for children, the elderly and people with compromised immune systems. Despite the fact that waterborne illnesses are underreported, the number of documented illnesses resulting from swimming is on the rise nationwide. The U.S. Environmental Protection Agency estimates that between 1.8 and 3.5 million Americans become ill annually from contact with sewage in recreational waters.

Federal funding for wastewater infrastructure has declined dramatically in recent decades. This lack of funding has contributed to a significant decline in the maintenance and upgrades of New York’s wastewater infrastructure. More than 600 wastewater treatment facilities in New York are operating beyond their life expectancy and many others are using outmoded and inadequate technology that results in the discharge of hundreds of millions of gallons of untreated sewage into waters used by New Yorkers for recreation and, in some cases, drinking water. In addition, outdated combined sewer systems overflow raw sewage and stormwater into local waterways when it rains, adding additional billions of gallons of untreated sewage into our precious waterways each year.

Riverkeeper is a member-supported, watchdog organization dedicated to defending the Hudson River and its tributaries and protecting the drinking water supply of nine million New York City and Hudson Valley residents.

Citizens Campaign for the Environment (CCE) is an 80,000 member, non-profit, non-partisan organization that empowers communities and advocates solutions to protect public health and the natural environment in New York and Connecticut.