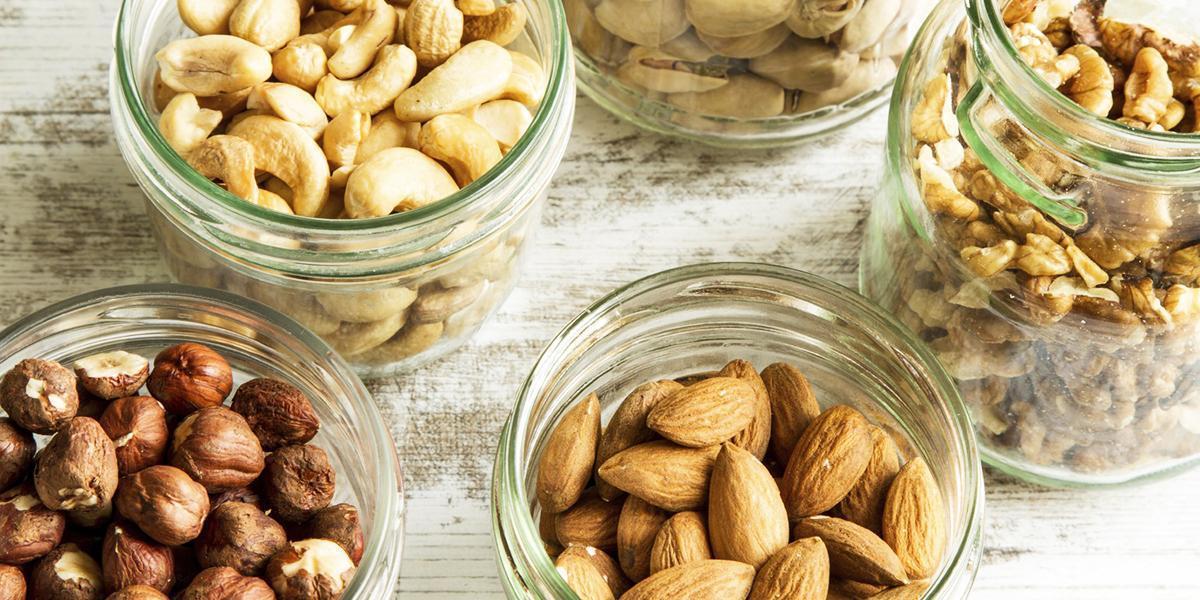 Nuts are extremely healthy, as they’re packed full of nutrients and antioxidants (1).

In fact, they have been linked to a wide range of health benefits, including protection against heart disease and diabetes (2).

However, they’re also high in fat and calories, causing many people to avoid nuts out of fear that they are fattening.

This article looks at the evidence to determine whether nuts are weight loss friendly or fattening.

Nuts Are High in Fat And Calories

Nuts are high in calories.

This is because a large part of them is fat, which is a concentrated source of energy. One gram of fat contains 9 calories, while one gram of carbs or protein contains just 4 calories.

Nuts contain mostly unsaturated fat. This type of fat is associated with protection against many different diseases, such as heart disease (3).

The calorie and fat contents per one-ounce (28-gram) serving of some commonly eaten nuts are shown below:

Because they are high in fat and calories, many people assume that adding nuts to their diet will lead to weight gain.

However, as discussed below, scientific studies do not support this.

Regularly Eating Nuts Is Not Linked to Weight Gain

Several observational studies have found that regularly eating nuts is not associated with weight gain and may even prevent it (9, 10, 11, 12, 13).

For example, one study looked at the diets of 8,865 men and women over 28 months.

It found that those who ate two or more portions of nuts a week had a 31 percent lower risk of weight gain, compared to those who never or rarely ate them (10).

Also, a review of 36 studies found that regularly consuming nuts was not linked to an increase in weight, body mass index (BMI) or waist size (14).

In controlled studies where participants had to stick to a strict diet, the addition of many different types of nuts did not cause changes in body weight (15, 16).

More importantly, in studies where nuts were added to the diets of people who were able to eat as they liked, nut consumption did not lead to weight gain (17, 18).

That said, a small number of studies have reported that eating nuts was associated with an increase in body weight (19, 20).

However, any increase in weight was very small, much lower than expected and tended to be insignificant in the long term.

Summary: Studies have found that eating nuts regularly does not promote weight gain, regardless of whether people follow a strict diet or eat as they please. In some cases, they protect against weight gain.

It’s not clear why this is, but it may be partly due to the healthier lifestyle choices of those who eat nuts.

However, the group consuming nuts experienced improvements in cholesterol, including a reduction in “bad” LDL cholesterol and triglycerides. This benefit was not experienced by those consuming the nut-free diets (26, 27).

Nuts Can Help Reduce Your Appetite and Increase Feelings of Fullness

Adding nuts to the diet has been linked to reduced hunger and feeling full for longer (28, 29).

For example, snacking on almonds has been shown to reduce hunger and cravings (28).

In one study, more than 200 people were told to eat a portion of peanuts as a snack.

The result was that they naturally ate fewer calories later in the day. This effect was greater when peanuts were eaten as a snack, rather than at a main meal (30).

It’s thought that their appetite-suppressing effects are likely due to the increased production of the hormones peptide YY and/or cholecystokinin, both of which help regulate appetite (31).

The theory is that the high protein and high unsaturated fat content may be responsible for this effect (31, 32).

Studies suggest that 54–104 percent of the extra calories that come from adding nuts to the diet are canceled out by a natural reduction in the intake of other foods (18, 19).

In other words, eating nuts as a snack increases feelings of fullness, which results in eating less of other foods (33).

Summary: Nut consumption is associated with reduced appetite and increased feelings of fullness. This means that people eating them may naturally eat less throughout the day.

Only Some of The Fat Is Absorbed During Digestion

The structure and high fiber content of nuts mean that unless they are ground up or chewed completely, a good proportion will pass through the gut undigested.

Instead, it’s emptied into the bowels. As a result, some of the nutrients, such as fat, won’t be absorbed and are instead lost in feces.

This is another reason why nuts seem to be weight loss friendly.

This suggests that a good portion of the fat in nuts is not even be absorbed by your body.

Interestingly, how nuts are processed may have a large effect on how well nutrients like fat are absorbed.

For example, one study found that the amount of fat excreted in the feces was greater for whole peanuts (17.8 percent) than peanut butter (7 percent) or peanut oil (4.5 percent) (35).

Roasting nuts may also increase the absorption of their nutrients (37).

Therefore, the absorption of fat and calories from nuts is likely to be the least when you eat them whole.

Summary: Some of the fat in nuts is not well absorbed and instead removed in the feces. Fat loss is likely greater after consuming whole nuts.

Some evidence suggests that nut consumption may boost the number of calories burned at rest (17, 18).

Another study found supplementing with peanut oil for eight weeks resulted in a 5 percent increase in calorie burning. However, this was only seen in overweight people (39).

In addition, some studies show that among overweight and obese people, eating nuts can increase fat burning (40).

However, results are mixed, and better-quality studies are needed to confirm the link between nuts and increased calorie burning.

Summary: Several studies suggest that eating nuts can boost fat and calorie burning in people who are overweight or obese.

Despite being high in fat and calories, nuts are incredibly healthy.

Regularly eating nuts as part of a healthy diet is not associated with weight gain, and may even help you lose weight.

However, it’s important to exercise portion control. Public health guidelines recommend eating a one-ounce (28-gram) portion of nuts on most days of the week.