After Irma, Deadly Heat in Florida 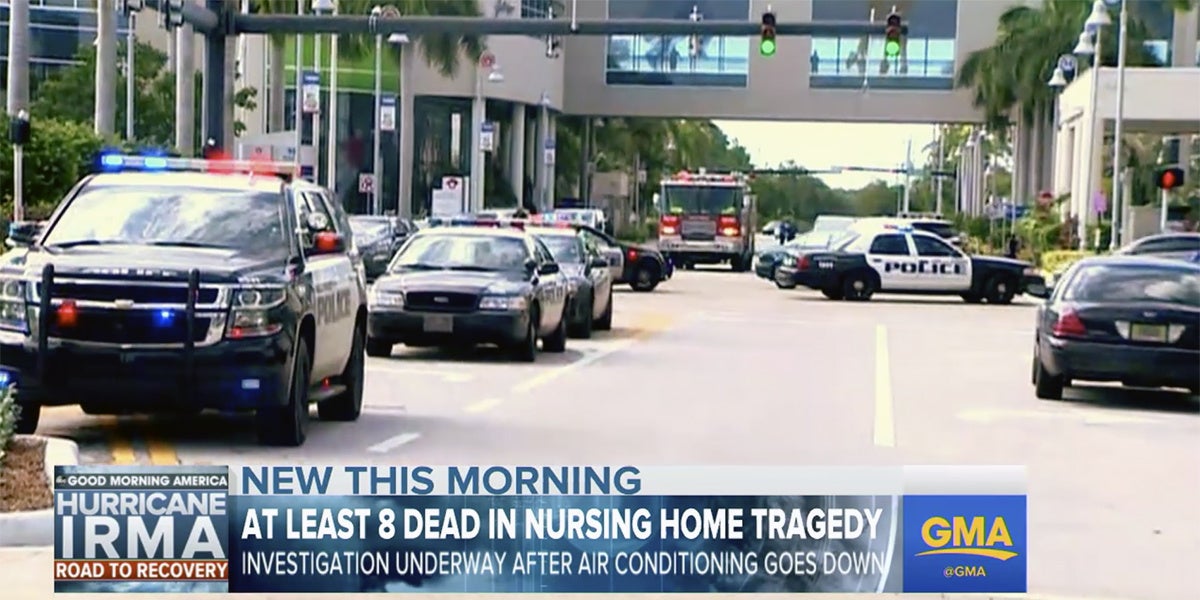 Eight patients have died and 120 were evacuated Wednesday after a Florida nursing home lost air conditioning due to Hurricane Irma. The deaths of the patients at the Rehabilitation Center at Hollywood Hills, whose ages ranged from 71 to 99, occurred after a transformer powering the facility’s air conditioner was damaged by the storm.

Temperatures in Hollywood, just north of Miami, reached into the 90s on Tuesday, and the heat index Wednesday was near 100 degrees. Utility officials say more than 3 million customers in Florida still lacked power on Wednesday, including 160 nursing homes.