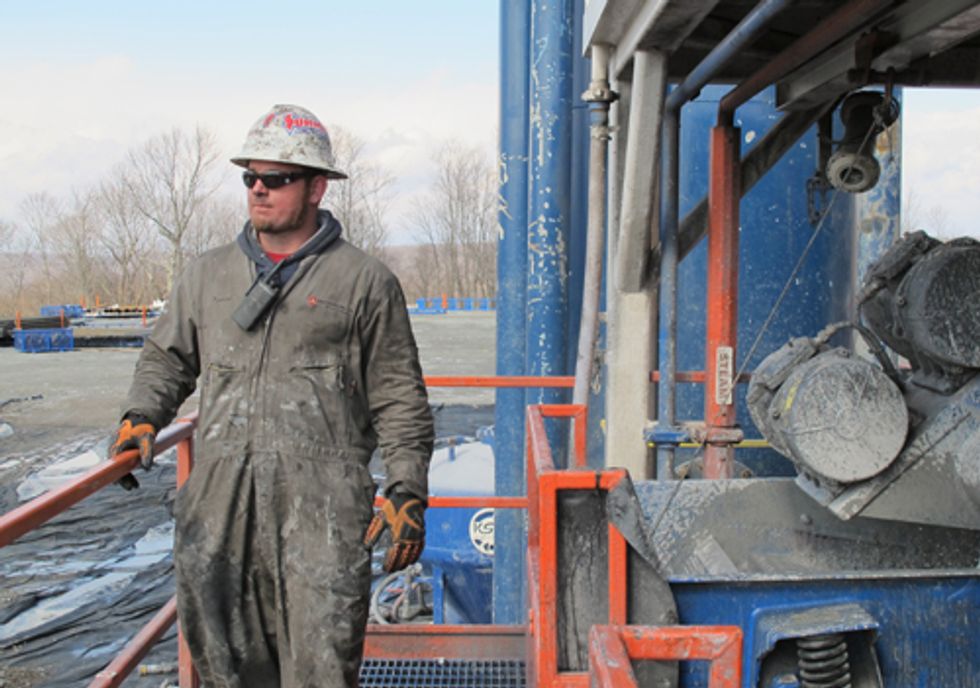 Nurses from the Pennsylvania State Nurses Association (PSNA) are proposing they take on a more prominent role in connecting the dots between human health and fossil fuel-based energy. Their public policy proposal, Nurses Role in Recognizing, Education and Advocating for Healthier Energy Choices, was passed by the American Nurses Association (ANA) House of Delegates last week. Developed in Pennsylvania, one of North America’s fracking hotspots, the proposal suggests nurses take on an educational role, acting as a conduit between those affected by energy pollution and medical professionals.

“Human and ecological health risks are directly related to the use of coal-fired power plants, mountaintop removal of coal, offshore and onshore oil and natural gas drilling, and hydraulic fracturing, or ‘fracking,’” the PSNA writes in a press release. The nurses association proposes nurses use “evidence-based information to educate other health professionals, the public and policy makers about the relationship between energy choices and human health.”

This proposal arises in response to a recent ‘muzzling’ of medical professionals in Pennsylvania where new laws prevent doctors from relaying information to patients affected by fracking chemicals. In Pennsylvania, doctors are legally bound to protect the confidentiality of proprietary chemical information protected as a trade secret by fracking companies.

The Pennsylvania Association of Staff Nurses and Allied Professionals likened the new law, enacted in February, to a ‘gag order.’ Under what is called Act 13, doctors enter into “verbal acknowledgement [with drilling companies] that the information may not be used for purposes other than the health needs asserted and that the health professional shall maintain the information as confidential.”

Within this framework medical professionals cannot legally inform patients that they may be suffering from symptoms induced by exposure to the fracking process.

Nondisclosure agreements slipped into fracking leases sometimes have a similar affect on families who discover after the fact that they are legally bound to silence, unable to publicly speak about problems that have arisen from drilling on their property.

Nurses operate on the front lines of fracking chemical exposure and for that reason have first hand evidence of the affects of fracking in communities. They also suffer personal risk in the process. In Colorado, a nurse named Cathy Behr faced multiple organ failure after treating a drill rig worker splashed with an unidentified mixture of frack chemicals called ZetaFlow. Even when doctors were informed of the chemical composition of the mixture they were prohibited from sharing the information with Behr.

PSNA Chief Executive Officer Betsy M. Snook claims that because “daily, nurses are caring for thousands of patient whose diseases may be caused or exacerbated by an energy-related exposure” they should be able to “influence energy policies by bringing to light the implications for human health.”

Although the ANA has accepted the proposal put forward by the PSNA, both groups have yet to develop strategies for moving the recommendations forward.

Despite the retrogressive legislation emerging in places like Pennsylvania, these nurses are optimistic. “Our focus is to protect and promote human health," says Snook. “Nurses must continue to provide leadership in mitigating the negative impact of our energy sources in human health through research, advocacy and participation at health policy tables.”