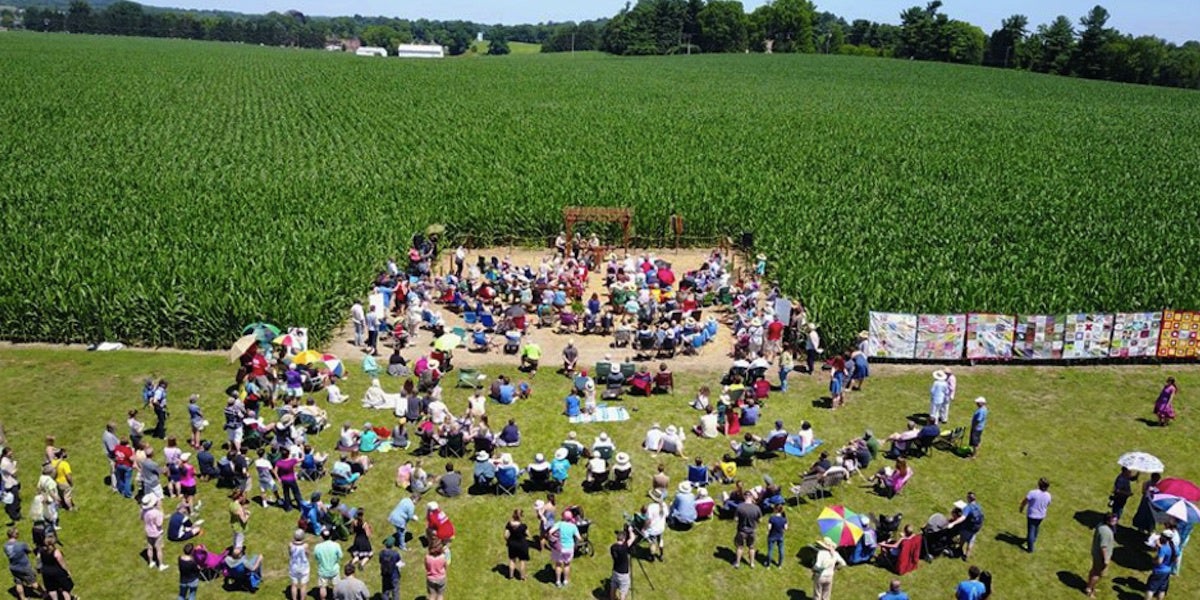 An order of Catholic nuns and the grassroots coalition Lancaster Against Pipelines have built an open-air chapel in Columbia, Pennsylvania along the proposed route of the Atlantic Sunrise Pipeline to stall construction of the $3 billion project.

The St. Louis-headquartered
Adorers of the Blood of Christ own a strip of land in Pennsylvania where the pipeline is set to go through.

The nuns consider the fracked gas pipeline, a project of Oklahoma-based pipeline developer Williams Partners, a violation of their beliefs and environmental values, UPI reported.

“The Adorers received a request from the grassroots coalition, Lancaster Against Pipelines, to install and use, and to invite other people of faith to use, a portable prayer ‘chapel’ on their land,” the Adorers said in a statement. “The hope is that the structure can draw people to prayer and reflection about just and holy uses of land.”

The simple wooden alter was constructed on a grove just feet from where the pipeline would cut through a corn field, explained Karen Feridun, a founding member of Pennsylvanians Against Fracking and founder of Berks Gas Truth.

The 180-mile Atlantic Sunrise Pipeline is an expansion of the existing 10,200-mile Transco pipeline network. According to the Sierra Club, the project would clear cut its way through 10 Pennsylvania counties, impacting 2,000 acres of forested land and crossings hundreds of wetlands and water bodies. The proposed route includes nearly 200 miles of new pipeline which would supply gas exports out of Maryland and gas plants in North Carolina and Florida.

The Federal Energy Regulatory Commission approved the pipeline earlier this year and ruled that Williams Partners has the right to construct, maintain and operate the pipeline on the private land.

“While we respect the rights of people to protest, we view this simply as another blatant attempt to impede pipeline construction,” Christopher Stockton, a Williams Partners spokesman told UPI about the Adorers’ makeshift chapel.

The company has since filed an emergency court order to seize the nuns’ land and build the pipeline. A judge has scheduled a court hearing for July 17.

The nuns noted in their statement that the federal court’s order of eminent domain, once it goes into effect, can allow Transco to call for the removal of the chapel. But they believe that “having this structure on their land, for however long, gives tangible witness to the sacredness of Earth.”

On Sunday, Lancaster Against Pipelines held a “Stand With the Sisters” ceremony to dedicate the chapel.

“It’s not about money, it’s about principle. And the nuns have a land ethic that says this Earth is a sanctuary and we regard it as sacred, and we’re going to work to protect it,” Mark Clatterbuck of the Lancaster Against Pipelines group
told CNN affiliate WGAL-TV.