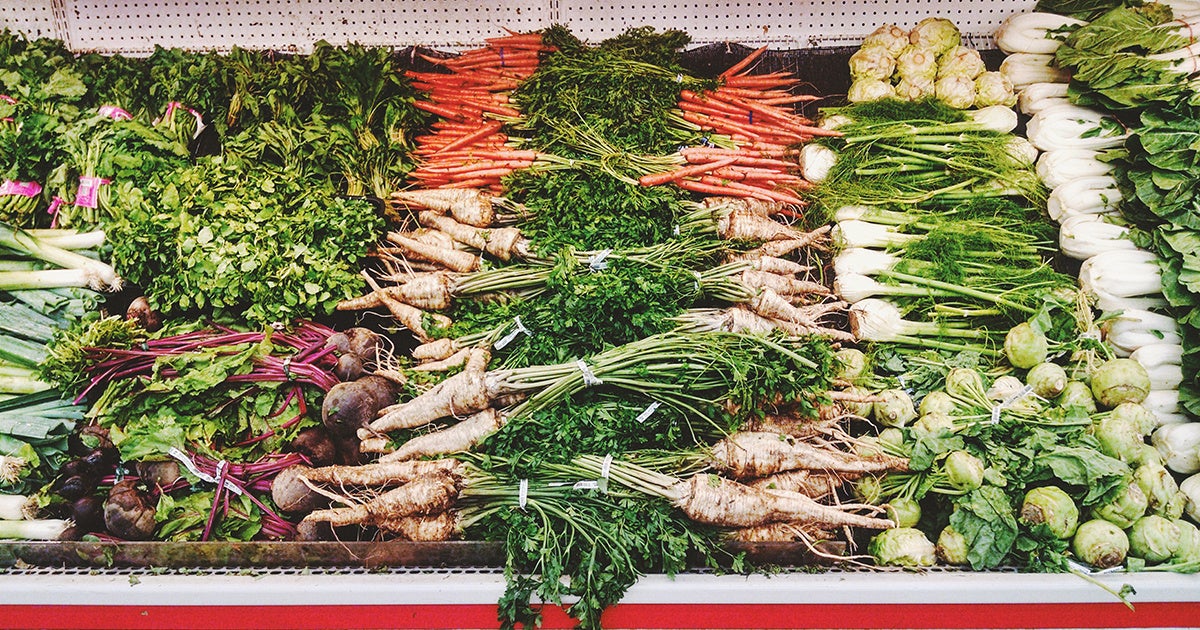 Supermarkets around the world should be commended for
banning plastic bags, but there’s another single-use foe on the environmental radar: produce packaging.

For eco-conscious shoppers, one of the most frustrating things about the grocery store is seeing things like a lone potato spud shrink-wrapped in
plastic.

That’s why in New Zealand, a group New World supermarkets has ditched plastic wrap for nearly all of their fruits and vegetables as part of a “food in the nude” project—and seeing stunning sales as a result, NZ Herald reported.

After the concept was introduced at a New World store in Bishopdale, Christchurch, “we noticed sales of spring onions, for example, had increased by 300 percent,” owner Nigel Bond told NZ Herald.

“There may have been other factors at play but we noticed similar increases in other vegetable varieties like silver beet and radishes,” he noted.

Bond said he and his store manager Gary May devised the idea two years ago after noticing an increasing amount of fresh produce coming in plastic wrap. “We thought this was crazy and vowed and declared to do something about it,” he said.

Bond decided to visit Whole Foods supermarkets in the U.S. and took notes about what they were doing with fruits and veggies. Although it’s standard for many American grocers to have refrigerated displays and misting systems to keep foods fresh, that wasn’t the case for New World stores.

Bond then installed his own refrigerated shelves and misters at his store in New Zealand. He also spoke to growers and suppliers about the plastic-free switch, and most were happy to provide unwrapped fruits and vegetables.

Although some of the produce such as berries, grapes and some tomatoes still comes in plastic containers, most of this packaging is recyclable, Bond said.

The “food in the nude” program, which has since expanded to about eight or nine more New World stores, is part of a larger sustainability effort from parent company Foodstuffs, according to NZ Herald.

Efforts such as these—including bans on plastic straws, utensils and other single-use plastics—are part of a larger and necessary movement to stop plastic pollution, which has ballooned into a
6.3 billion-ton problem.

Although one could argue that plastic-wrapped produce “may be a necessary evil” to prevent food waste and spoilage, a recent study from Friends of the Earth Europe found that wrapping, bottling and packing food in plastic does not systemically prevent food waste, and may even cause it.

“What this study shows,” Julian Kirby, lead plastics campaigner at Friends of the Earth UK, told Sky News “is that between 2004 and 2014 we’ve seen a 40 to 50 percent increase in plastic packaging, and we’ve seen a doubling in food waste.”

“What that really casts into quite serious doubt I think is the argument that the food packaging industry use quite often which is that we need plastic to avoid food waste,” Kirby added. “Too often the industry is using plastic packaging in order to market food, to encourage us to buy more than we even need.”

Many food and beverage companies are under increased public pressure to turn off the plastic tap. Last week, food and consumer goods giants such as Procter & Gamble, Nestlé, PepsiCo, Unilever, Mars Petcare, The Clorox Company, The Body Shop, Coca-Cola, Mondelēz, Danone launched a new e-commerce platform called Loop to move away from disposability and single-use waste.

We stand with @greenpeaceusa in praising @benandjerrys for demonstrating leadership with short-term sustainable goals and continuing to search for long-term solutions. #icecream #pointlessplastic #plasticpollutes @storyofstuff@plasticpollutes
https://t.co/hesVeQAhpt