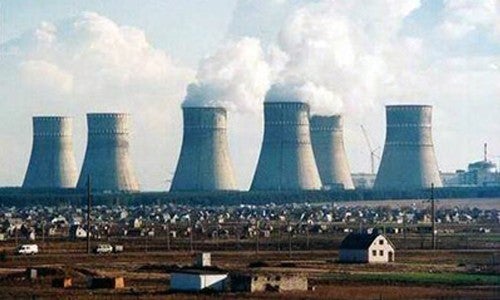 As you read this, a terror attack has put atomic reactors in Ukraine at the brink of another Chernobyl-scale apocalypse.

Transmission lines have been blown up. Power to at least two major nuclear power stations has been “dangerously” cut. Without emergency backup, those nukes could lose coolant to their radioactive cores and spent fuel pools. They could then melt or explode, as at Fukushima.

Yet amidst endless “all-fear-all-the-time” reporting on ISIS, the corporate media has remained shockingly silent on this potential catastrophe. 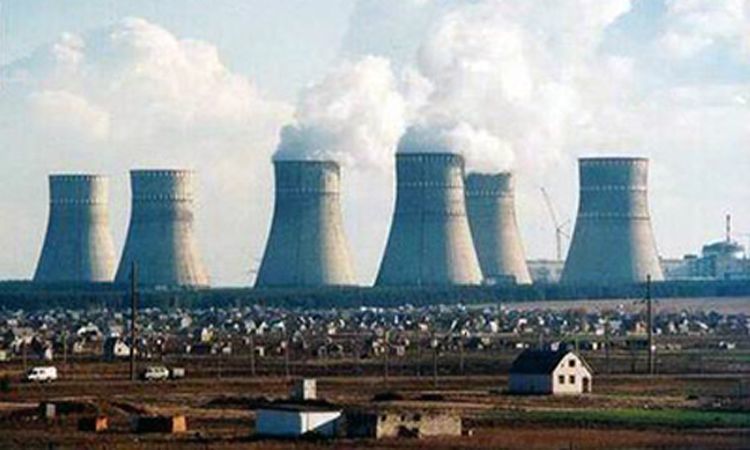 Nor has it faced the most critical step needed to protect our planet in a time of terror: shutting all atomic reactors.

The world’s 430-plus licensed commercial nuclear plants give terrorists like ISIS the power at any time to inflict a radioactive Apocalypse that could kill millions, destroy huge parts of the Earth and devastate the global economy.

Fallout from Chernobyl’s 1986 disaster has killed more than a million people.

Cancer rates among children and others near Fukushima are soaring.

Major scientific studies in Germany and elsewhere link soaring cancer and other human death rates to nearby reactor emissions even without an accident.

The 1966 melt-down at Fermi I, near Detroit, cost at least $100 million. Three Mile Island’s 1979 melt-down converted a $900 million asset into a $2 billion liability. Chernobyl has cost Ukraine, Belarus and the former Soviet Union at least $500 billion. Fukushima wiped out a $60 billion asset and may cost Japan trillions, permanently crippling its economy.

All imposing inestimable damage to the global ecology. The radioactive carbon and raw heat reactors emit unbalance our weather, irradiate the oceans, create waste that cannot be managed.

The ability of ISIS and other terrorists to cause more such catastrophes is unquestioned and escalating.

Despite ISIS’s bloody warning in Paris, all commercial reactors are still at risk.

They are crumbling on their own. The shield building at Ohio’s Davis-Besse is literally disintegrating.

Diablo Canyon is surrounded by a dozen California fault lines.

Fort Calhoun in Nebraska has been flooded.

Earthquakes have damaged Ohio’s Perry and North Anna, in Virginia.

Had they hit Indian Point, 45 miles north of the twin towers, millions of Americans would now be dead. Trillions in property damage would have decimated the nation’s economy. Billions of acres would be contaminated, along with countless lakes, rivers and much of the Atlantic Ocean.

The screaming heads at CNN, Fox et. al. say this kind of Apocalyptic event is exactly what ISIS seeks. But they avoid the obvious connection to the world’s increasingly fragile reactors.

In Ukraine, Deputy Director Yuri Katchich of the Ukrenergo power company said the “emergency unloading” at the South Ukrainian and Zaporozhskaya nuclear sites forced by terror attacks on far-away power lines is “very dangerous.” We can only imagine the damage direct attacks on the reactors themselves might have done.

The 2011 earthquake and tsunami took out back-up generators at Fukushima, followed by three melt-downs and four explosions.

Tsunami-like flooding caused by busted dams upriver from at least three dozen U.S. reactors could replicate much of what happened at Fukushima.

There are 58 reactors in France, 99 in the U.S. If ISIS is as reckless and relentless as it seems, the safety of none of them can be guaranteed.

So as our governments, politicians and media scream for security, we must free ourselves from the nuclear curse.

We must also remember that ISIS grew out of an U.S. invasion of Iraq based largely on our corporate addiction to fossil fuels.

The obvious answer to this global nightmare is to speed the transition to a renewable energy world.

No terror group can ever cause an apocalypse by blowing up a solar panel.

Harvey Wasserman wrote SOLARTOPIA! OUR GREEN-POWERED EARTH. His AMERICA AT THE BRINK OF REBIRTH: THE ORGANIC SPIRAL OF U.S. HISTORY will be published next year.