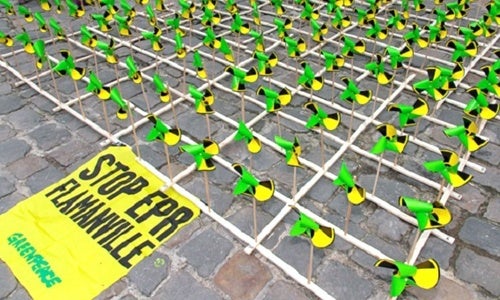 The European nuclear industry, led by France, seems to be in terminal decline as a result of the cancellation of a new Finnish reactor, technical faults in stations already under construction and severe financial problems. 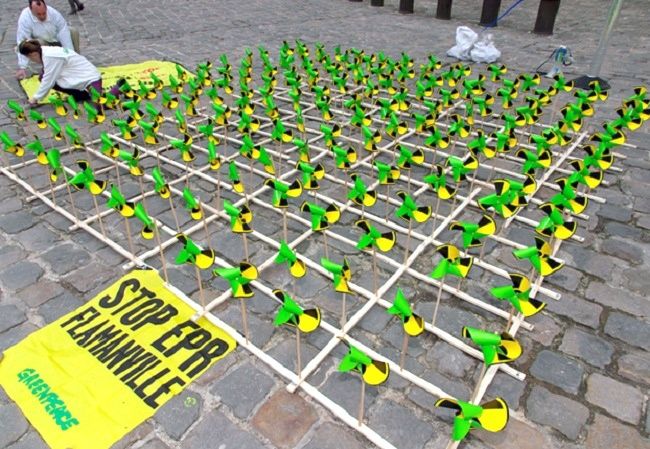 The French government owns 85 percent of both of the country’s two premier nuclear companies—Areva, which designs the reactors, and Électricité de France (EDF), which builds and manages them. Now it is amalgamating the two giants in a bid to rescue the industry.

Even if the vast financial losses involved in building new nuclear stations can be stemmed, there is still a big question mark over whether either company can win any new orders.

Their flagship project, the European Pressurised Reactor (EPR), billed as the most powerful reactor in the world, has two prototypes under construction—one in Finland and the second in France. Both of the 1,650 megawatt reactors are years late and billions of  Euros over budget, with no sign of either being completed.

The Finnish government, once the most enthusiastic nuclear cheerleader in Europe, has lost patience with Areva, and the Finnish electricity company TVO has scrapped plans to build a second EPR in Finland.

This is because the first one, under construction at Olkiluoto since 2005, and which was supposed to be finished by 2009, is not expected to be producing electricity until 2018—and even that may yet prove optimistic. It was intended  to be the first of a “worldwide fleet.”

The second EPR under construction, at Flamanville in France, is also seriously delayed, and possibly in even deeper trouble because of concerns about the quality of steel in the pressure vessel.

The components, forged in France by Areva, were already in place in the half-built reactor before questions over the carbon content of the vessel and its safety were raised and work was halted.

The knock-on effect of the inquiry into this safety glitch is that the Flamanville reactor will be delayed again. In a worst-case scenario, it would have to be part-dismantled or scrapped altogether.

This has also raised queries over the French company’s biggest potential export market, China. Two EPRs are being built in China, but checks are being made there too because these reactors may also have excess carbon in the steel. The suspect parts were made in France in the same forge as the Flamanville pressure vessel.

These delays and cancellations have placed a severe strain on Areva’s finances. In 2014, on revenues of €8.3 billion ($9.2 billion), it lost €4.8 billion. Hence, the French government’s move to amalgamate the two companies to try to make one viable unit. In fact, EDF will take over Areva, which has not sold a new reactor since 2007.

This is a serious blow to the pride of a country that is seen as the world leader in nuclear energy, with 75 percent of its electricity coming from 58 reactors.

The French government is keen to rescue the industry, but had already decided against ordering any more reactors after the fiasco in building Flamanville, which was years late and over budget even before the latest hiccup.

All this leaves the UK as the last country in the world anxious to buy a French reactor. With a new Conservative government in power for less than a month, its energy policy is already in disarray.

Plans to build four 1,650 megawatt EPRs in Britain to produce 14 percent of the country’s electricity—announced before this month’s general election—look ever more unlikely.

Even with the first two at Hinkley Point in the west of England—where site preparations have been made, and a final agreement was expected with EDF this summer—nothing is likely to happen for months. The most likely course must now be cancellation.

Plans have been put on hold while EDF and Areva sort out the problems at Flamanville, and then try to find a way of financing the project. Four hundred workers on the Hinkley Point project have already been laid off.

The new British government is already facing legal challenges from Austria and Luxembourg and from various renewable energy groups for unfair state aid for this nuclear project.

Even if ministers see these threats off, it seems unlikely that anyone will commit to building new EPRs in the UK until at least one of the four reactors under construction in China, Finland and France is actually shown to work.

There is no guarantee that will happen in the next three years, so the chances of Britain getting any new nuclear power stations before 2030 are close to zero.

Currently, the UK is closing coal-fired stations to comply with European Union directives to combat climate change, but it has not developed renewables as fast as Germany and other European neighbors—claiming that new nuclear build would fill the gap.

It now looks as though the government will urgently need to rethink its energy policy.