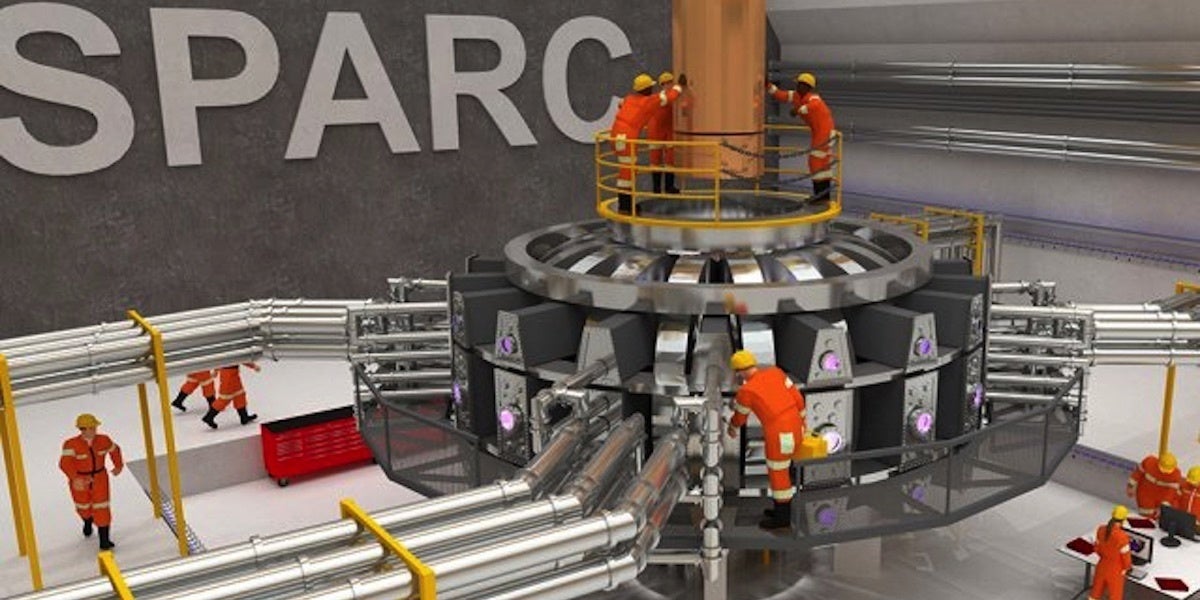 Fusion energy—a long-held dream of
clean and unlimited power—could be inching closer to reality following a collaboration from the Massachusetts Institute of Technology (MIT) and a startup company.

MIT and Cambridge-based Commonwealth Fusion Systems will spearhead the multimillion-dollar effort, which aims to put fusion power ”
on the grid in 15 years,” with an ultimate goal of rapidly commercializing fusion energy and establishing a new industry, the university announced.

“This is an important historical moment: Advances in superconducting magnets have put fusion energy potentially within reach, offering the prospect of a safe, carbon-free energy future,” said MIT president L. Rafael Reif in the announcement.

“As humanity confronts the rising risks of
climate disruption, I am thrilled that MIT is joining with industrial allies, both longstanding and new, to run full-speed toward this transformative vision for our shared future on Earth.”

Nuclear fusion, in very simple terms, is a process where energy is created by smashing together two hydrogen atoms. This process is different from what’s going on in today’s nuclear power plants, where fission is used to split atoms to create energy—along with a side of radioactive waste.

Scientists have pursued nuclear fusion for decades but have been held back by funding cuts and technological roadblocks. One of the main difficulties is that net energy is only produced at extreme temperatures of hundreds of millions of degrees, which is too hot for any container to withstand. To get around that, fusion researchers use magnetic fields to hold the hot gases in place. However, that device uses up more energy than what gets churned out.

So how will this latest approach be different? According to
Fast Company:

“The team at Commonwealth and MIT plans to spend the next three years using the new superconducting material, a steel tape coated with a compound called yttrium-barium-copper oxide, to make new magnets that could be used to make net power output possible and commercially viable. This should be feasible, they say, because magnets that are even stronger have been built using the same material for other purposes. Then the team plans to build a device that can use the magnets, with a design based on decades of research at MIT and elsewhere.”

The ambitious venture has already attracted an investment of $50 million from the Italian energy company Eni.

“Everyone agrees on the eventual impact and the commercial potential of fusion power, but then the question is: How do you get there?” Commonwealth CEO and MIT grad Robert Mumgaard said. “We get there by leveraging the science that’s already developed, collaborating with the right partners, and tackling the problems step by step.”

Mumgaard also told the Guardian: “The aspiration is to have a working power plant in time to combat climate change. We think we have the science, speed and scale to put carbon-free fusion power on the grid in 15 years.”